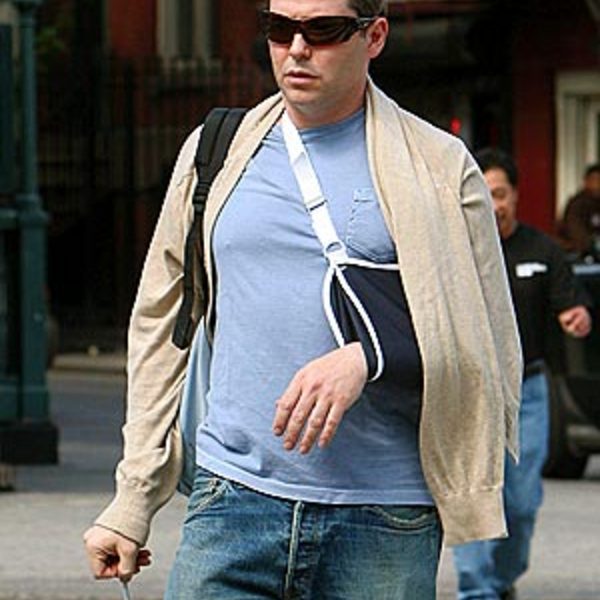 Ferris Bueller wakes up at around noon, makes himself some coffee, pops the last adderall he got from his ex-girlfriend Tracy, plops down on the couch and watches an old re-run of ER. He ‘s 40 years old, broke, hungover, and his arm is broken from punching the wall in a bathroom of a week before, after a much younger girl he tried to hit on said, ‘Why don ‘t you give it up grandpa, you make me feel sad inside. ‘

After two episodes of ER, a pot of coffee and a few too many American Sprits, Ferris checks his Facebook messages. To no one in particular he yells, ‘Oh Shit, ‘

‘There ‘s a message from Cameron.

The last time the two friends saw each other was at their 10-year high school reunion in ’96. Cameron had just married a real winner named Samantha, who treated him like crap, and who he was not in love with. But, Ferris was feeling good that night. After years of everyone telling him he was so funny and such a specific ‘type ‘ he finally moved to LA to be an actor. And the week before the reunion he had booked his first commercial.

Now though, Ferris feels almost suicidal as he remembers being an ass to Cameron that night. Treating Cameron like a looser who had wasted his life by staying in their hometown of Northbrook, Illinois. And now it ‘s been 12 years since the reunion, 22 years since they graduated, and Ferris is the one lost.

For a while it was going good. He did two Taco Bell commercials and even booked a couple of pilots that never went anywhere ‘ Then one day the phone just stopped ringing. Now he spends his days working in Korea Town teaching kids American History and Algebra for $12 an hour. He lives in a crappy studio apartment in Hollywood, and drives a 1993 Honda Accord that has 175,000 miles on it. Nights spent alone with some broken girl who is just as fucked up as he is. ‘ And most nights Ferris is barley unable to get it up; and when he can he ‘s spreading HPV ‘s around like it was his God – given calling . But either way, alone or with some crazy, he is always drunk. The only time he ever does any acting his when he performs Improv with his group, ‘No mas Bush ! ‘ Wednesday nights at the ‘Westside Eclectic ‘ < in Santa Monica. At last weeks show there was 4 people in the audience and one was Tracy, who only stuck around after the show to break up with Ferris.

But now a light shines in his cave of sadness and empty Modelo Especial beer cans ‘. He opens the message from Cameron and it reads:

Just saw that you were on Facebook ‘ isn ‘t Facebook so dumb? Anyways, I ‘m divorced and living in LA now. I work at the Apple store in the Grove, and thought if you want, maybe we could grab coffee or a beer or something?

Two weeks later they meet at Jumbos Clown Room on Sunset and have a couple of beers. At first it ‘s awkward and sad, but five or six drinks into it and their laughing, talking about the good times. Before the night ends Ferris says that he could use another day off. This time from his life, a vacation from the shit and loneliness that has consumed his late 20 ‘s and all of his 30 ‘s. Cameron is laughing so hard that he starts to cry, or he ‘s crying so hard that he ‘ starts to laugh ‘. it ‘s hard to tell. But he agrees. Then Ferris asks what he ‘s been scared to ask all night, ‘Do you know what happened to Sloane? ‘

Cameron stops laughing/crying and tells his old friend that last he heard she was a stripper at a place called, Cheaters in Cocoa Beach, Florida.

Ferris has a plan. He manipulates Cameron to let them both back into the Apple Store, hours after it ‘s closed. They steal a bunch of new iPhones, MacBooks, and seven thousand dollars from the safe.

An hour later and they ‘re on JetBlue flight 350, from Burbank to Orlando. And by the next morning they ‘re checked into the Sand Dollar hotel, a cheap-ass dirty hotel in Cocoa Beach. After a couple of shark burgers and watered down Margaritas at a bar that only plays Jimmy Buffet songs, the two head down to Cheaters. When they get there at 3:30, they laugh at the sign outside that reads, ‘Cheaters Gentleman Club. Bike Week NO 1 Party Spot. Happy Hour from 12-6 ‘

A few shots, some mediocre dancers, a table dance for Ferris, and there is she is. Wearing a pink bikini top and a green bottom, moving to REO Speedwagon and Night Ranger songs ‘ Sloane is on the stage. Underneath the bags under her eyes and the scars on her wrists, it ‘s the same old girl that Ferris fell in love with over 20 years ago.

After the dance, she picks up the bills that fell out of her underpants, and heads towards the back dressing room. Just before she goes in she stands around and sees Ferris.

20 minutes later and she joins Ferris and Cameron at their table. Without a word she takes a cigarette out of Ferris ‘ pack, sits down, and looks at Cameron ‘ He gives her a light, then she turns back to Bueller, ‘So you wanna hand job? ‘

The morning is really the afternoon as they all wake up at The Sand Dollar. Cameron is curled up like a baby on the floor and Ferris and Sloane are both naked on the twin size bed. Sloane gets up and fumbles for her purse; she takes out a vile of Meth and sniffs it like a pro.

Meanwhile in Los Angeles the police have viewed the tapes of the robbery at the Apple store and identified Cameron. The detective in charge of the investigation is Fred Rooney. Fred is old, coughs a lot, and is secretly a homosexual. He's also the brother of Ed Rooney. The same Ed Rooney who used to be Cameron and Bueller ‘s old high school principal. Ed died two years earlier, in what officially was called a hanging, but was really death by Autoerotic Asphyxiation.

In almost no time, with little leg work, the police discover that both Ferris and Cameron boarded a JetBlue flight to Florida hours after the robbery. Without hesitation, Rooney books the next available flight ‘. (To Be Continued) 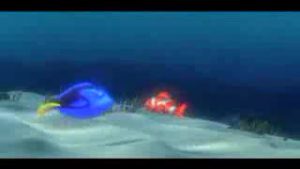 When you’re moving at the speed of life, we’re bound to collide with each other. 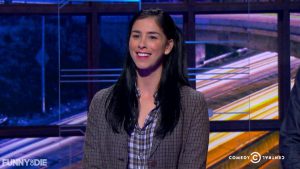 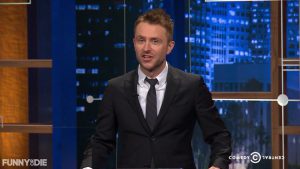 A town in England introduced a bus that runs on feces, so Eugene Mirman, Max Silvestri and Emily Heller come up with stops along its crappy route. Watch full episodes of @midnight now: http://on.cc.com/17MOT5T 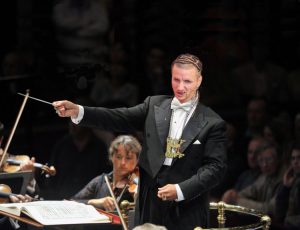 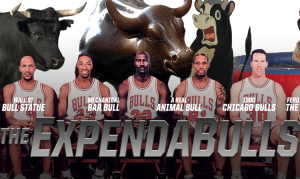 ‘The Expendables 3’ bombed over its opening weekend, under-performing its expected gross by $10 million. Will the franchise survive? Sylvester Stallone has confirmed that an all-female ‘The Expendabelles’ will be created as the next installment. Below are potential spin-offs that could help the struggling franchise.