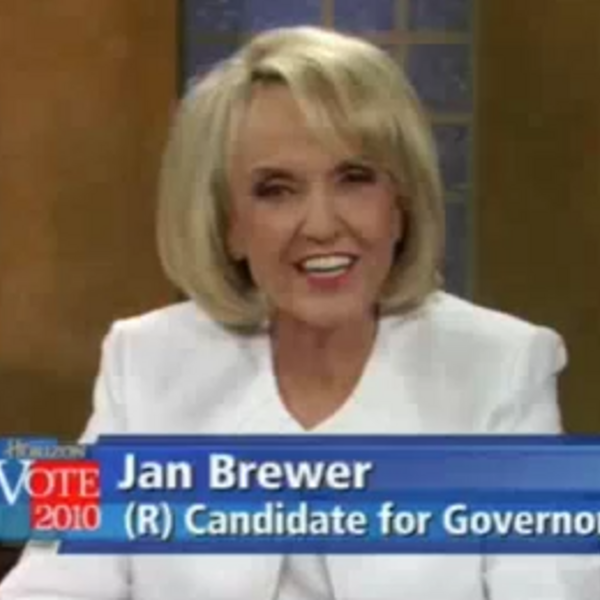 You know, we've all given Arizona a lot of flack for the last few months. Having a blatantly racist immigration policy will do that. I guess. But maybe we've been hard on them. After all, it's hard to look good when your governor is giving Alvin Greene and Basil Marceaux Dot Com a run for their money in the “are you sure your candidate isn't retarded” debate.
Arizona Governor Jan Brewer, enforcer of Arizona's wonderfully backwards immigration law, has been making the rounds, campaigning for re-election and apparently strengthening her fight against the English language, of which she's clearly not a fan:

Hm. Her failure to grasp the English language is a little suspect. It's almost like she's from another country. Oh god. Did I just stumble on the biggest conspiracy theory this nation has ever seen?!?!?
Probably not, but she does look like an idiot, which is pretty gratifying. Here's some more:

Jan Brewer Strikes Again – watch more funny videos
Why yes, she did in fact say, “We don’t know if they’re legal or unlegal.” I assume I don’t need to remind you that she’s an elected official who’s had a major influence on our nation’s policies. Great, we’re all on the same page about being f–ked.

To be fair, we should cut her some slack. It must be hard to concentrate, what with Arizona being such a hotbed for beheadings. 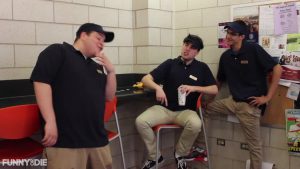 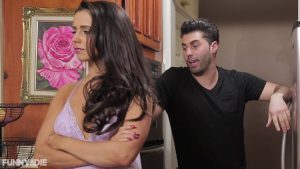 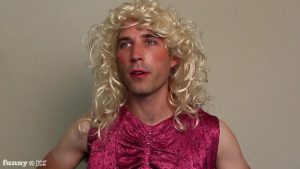 Its not what you think.. Or maybe it is.. You tell me. 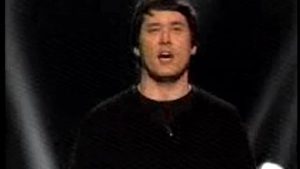 The Marijuana Logues on the Bill Maher Show 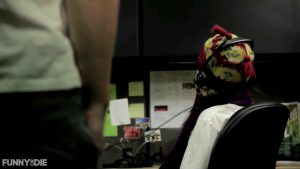 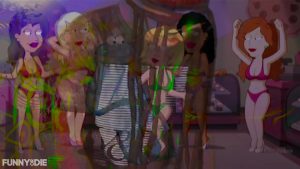 The Boyz are back. ALIEN DOPE BOYZ Drop their latest single “Blacked Out at a Strip Club” Based on a true story by co-frontman “Angry Reggie”