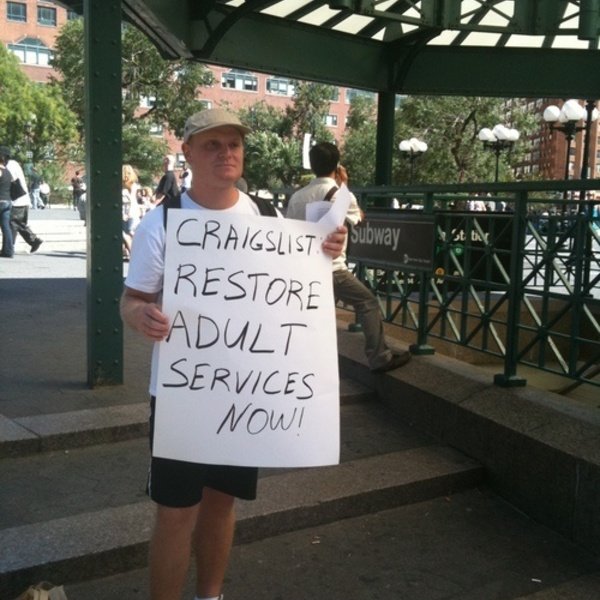 Oh hey Craigslist. I saw you took down your “Adult Services.” Um, nice try.
All you've done is increase my interest in sex with prostitutes. Granted, I've yet to actually follow through on my desire to purchase a prostitute — but that's only because I was happy to just open up “adult services” for a little window shopping. Now that it's gone, it's given me ample reason to buy a sex worker. Here's why:

It's like day one of Reverse Psychology. Tell me I can't have something and I want it more. Duh.
Listen Craigslist, I don't have any interest in your studies for sleep deprivation. You know why? Because you constantly fill the “Part/Time Jobs” section with them. No thank you, I'll look for the elusive data entry position and be on my way…to buy prostitutes.

You're not the only game in town, Craigslist. In fact, by shutting down, you've opened my eyes to the ever-expanding selection of prostitutes. I've already signed up for MyRedbook, Naughty Reviews, and Men4RentNow. The best part about all of these sites is they don't frown upon what they do best: selling people for sex. I highly doubt Men4RentNow will one day decide that it's poor PR to stopping renting men the moment customers want them. I can't imagine waking up one day to find that they're “renting men when they feel like it.” No, sir.

Cops Can't Track Me Down

While I've wanted a prostitute for months, I've always been too afraid to follow through on it. In the back of my mind I'd always been convinced it was a scam. That my dream prostitute would actually turn out be a police officer with a mustache and an erection. I don't know why he would have to have an erection — I imagine they try to keep up the illusion that they're paid sex workers for at least a minute.
But now the law won't know where to crack down. And I'm free to finally convince myself that there's no better time to pull the trigger.

I Don't Mind My Prostitution Nonconsensual

I don't like to consider myself a rapist. Let me be clear: ‘ rape = bad. But as long as money is exchanging hands, I'm okay knowing this is a business transaction, regardless of how much my prostitute is crying or wants to be anywhere but there. These Craigslist prostitutes were organized sex workers. They probably had unions. And you've shut them down.
Less organized prostitutes usually mean unhappier prostitutes. And I'm okay with that.

Human Trafficking Is A Business

Silly Craigslist. Your website is designed to help businesses grow with grassroots support. And human trafficking is a viable business. Go ahead, ask anyone in finance who the best examples of grassroots supporters are. Yup. Prostitute shoppers. We won't take to the lamestream media to show our support for start-ups in the prostitution industry. We show our support by buying prostitutes. And shutting down “Adult Services” just makes our initiative that much stronger.

Just Intensifies My Ambition to Run for Office

Everybody knows that politicians cannot be bogged down with trolling the internets for their sex laborers. Nope. Prostitutes come to them. Easy peasy. I don't know what that last part means, but I bet politicians say it when prostitutes enter the room. “I'll have the blonde with the dead eyes. Easy peasy.” 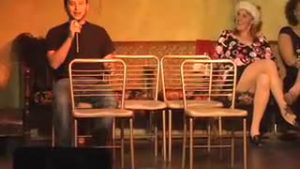 Shrek, Donkey, Mickey Mouse, Kermit the Frog, and Barney the Dinosaur have all lost their jobs! 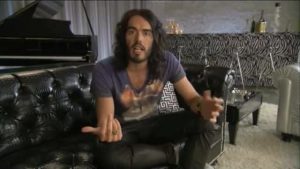 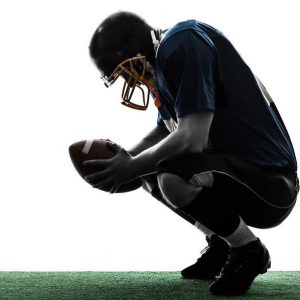 What if a football player gets traded, but he has a dog? Some dogs don’t like to fly on planes. Football trades should not be allowed.

Ryan tries to find the infamous George from Atlantis, George, but ends up getting lost in the woods.

I got my hands on an advanced screener of this season of Baseball and you are never going to believe what happens! 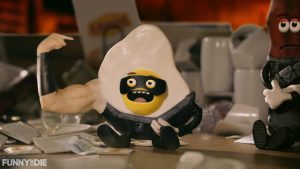