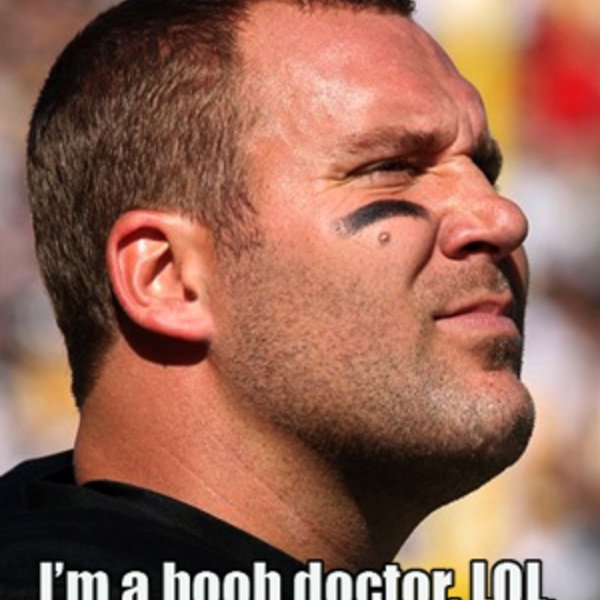 Welcome to the Week 6 NFL recap! Yayyy! If you're unfamiliar with this weekly feature, you should know that this is much like Peter King's Monday Morning Quarterback, but I will not be anxiously sitting by the phone waiting for Brett Favre to text me pictures of his penis. Though don't hold me to that.
Anyway, much to go over this week, so let's take a look.
The Jets defeated the Denver Broncos this week on the strength of a timely pass interference call and Rex Ryan's threats to Tim Tebow, in which he promised to eat the Virgin Mary. Speaking of Tebow, Jesus was spotted scoring a touchdown from the wildcat formation late in the game.
Ben Roethlisberger made his triumphant return to action this week after serving a four game suspension for sexually assaulting some lucky ladies last year. Steelers fans welcomed him with open arms, a gesture that Roethlisberger responded to by grabbing the now exposed breasts of the female fans. To be fair, it's Breast Cancer Awareness month and Roethlisberger was just doing his part to be promote the cause. 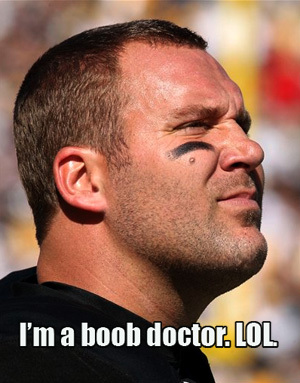 Remember when the Cowboys were preseason favorites? They're 1-4. The fact that Jerry Jones hasn't fired Wade Phillips is a testament to the fact that Jones knows keeping Phillips around means keeping “party sub day” in the Cowboys locker room. Kidding aside, Wade Phillips is fat. And the Cowboys suck.
Moving along to more important matters, every week I have two recurring sections. “The Ray Lewis Murder Count” and the “This Week in the Bills are the F–king Worst.” Given that the Bills didn't play this week (actually their most productive Sunday all season) and Lewis didn't kill anyone (a shame, of course), I've decided to cover them at the same time. (I know, crazy, right? Maybe I shouldn't be so bold. Fuck it, I'm doing it.)
Next week, the Bills face off against said murderer and his gang of Ravens. It's not going to be pretty. See article from 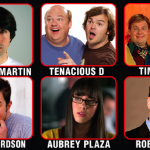 So what does this have to do with Ray Lewis' tendency to skin human beings alive? Well, watch what happens if you tweak the headline to make it a tad more accurate, but do not edit the text whatsoever.

The article, with the same exact words, takes on a completely different, yet more truthful, meaning. So here's hoping this actually happens, and the Bills are forced to forfeit the season after Lewis' upcoming rampage.
Let's see. What else happened? Remember when Michael Vick killed a bunch of dogs, then we forgot about it when he started playing well? Good times. Anyway, it's interesting to think that Kevin Kolb, the guy who started the season as the Eagles QB of the future, continues to play well in Vick's absence and all we can respond is “too bad Michael Vick's so lovable.”
Quotes of the Week
“Things kind of just work out for me.”
-J. Crew model/Patriots QB Tom Brady when asked anything. Though in this case, it's regarding the fact that he lost one of the NFL's best receivers of all time, only to arguably play better than he has all season. His new favorite target? Deion Branch.
“I feel like myself around you.”
-Brady, again. This time when he proposes to Deion Branch. Sorry. I've been reading too many Mad Men recaps today. Here he is breaking the news to Randy Moss. 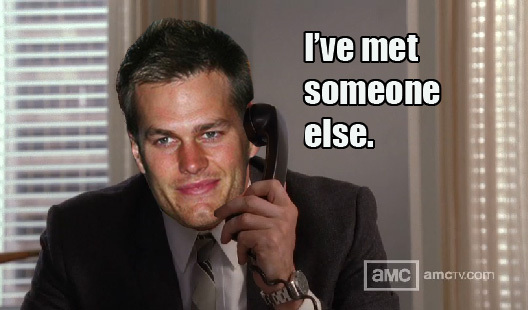 That about does it. Oh, one more thing. There’s a brewing controversy regarding the rise of concussions throughout the league. Whatever the solution is, it’s clear that now is the best time for Roger Goodell to extend the season to 18 games. Good job pushing for a plan that kills off your players, Commish. 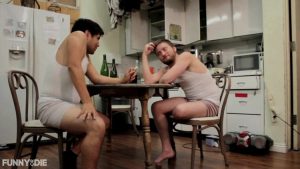 When the Government shuts down, two dudes find the bright side of the furlough! 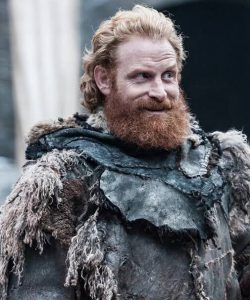 Tormund ‘s got a thing for milk, apparently

Finally someone has the courage to explain how anchor babies are destroying America. 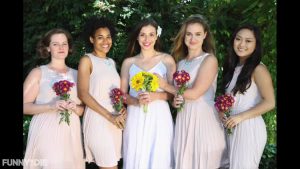