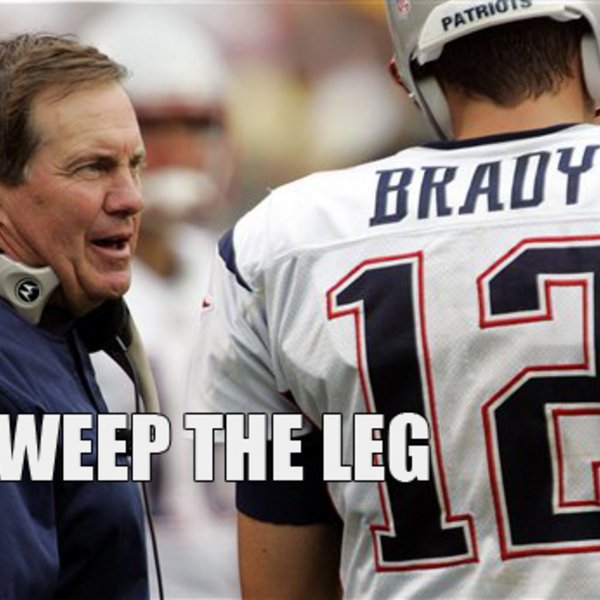 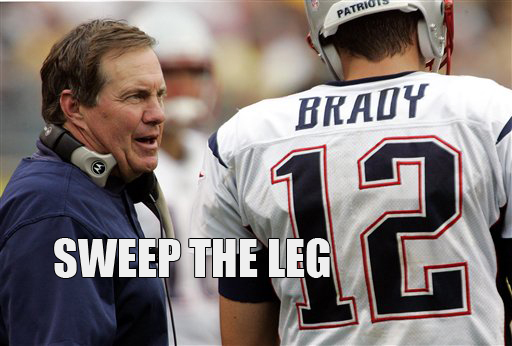 It’s NFL recap time, which means that I don’t really recap Sunday’s NFL action, but instead just ramble about nothing and make penis jokes! Yes! Though let’s face facts — that’s pretty much what everybody who covers the NFL does. Hear that sportsillustrated.cnn.com?

Anyway, let's start off with “This week in the Bills are the F–king Worst.” Since they are indeed the worst, they lost. As a Bills fan, people tell me to look to the 2007 Miami Dolphins as inspiration. They were 1-15 that year, and won the division the next. That's great. I'm really happy for them. I am. I mean, they can fuck themselves, but I would totally send them a happy birthday message on Facebook if we were friends. The difference is that after that atrocious season, they brought in Bill Parcells and a new regime to change the culture of the team. THAT'S WHAT THE BILLS DID AFTER LAST SEASON. The management, the coaches — all new. THIS IS THE BILLS NEW REGIME. Please excuse me while I cry and defriend the Dolphins on Facebook. ‘

On the bright side, at least the Bills are not the Cowboys. The Cowboys were actually SUPPOSED to be good. Real expectations mean real disappointment. On Sunday afternoon, Dallas was shredded by the lowly Jacksonville Jaguars. I didn’t get a chance to see this game, but I have to imagine if David Garrard looked that good, that Wade Phillips himself was playing cornerback.

A few interesting things happened in the Patriots victory over the Vikings. While we all love to mock Brett Favre for his Ross and Rachel-like relationship with retirement and his tendency to take pictures of his penis for the enjoyment of young girls, there’s no denying the guy’s threshold for pain. The Patriots were out there sweeping legs, and Favre took it like a man. 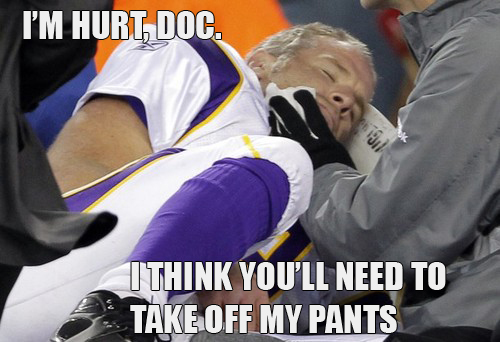 Oh, he was also quoted in a post-game interview as saying “Nobody knows my body like me,” which is pretty much the best thing you can say if you’re in the midst of a sex scandal in which you photographed your penis. 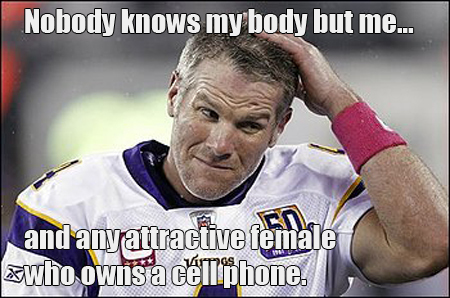 And by now, you’ve likely heard that after the game Randy Moss basically told his current girlfriend that his previous girlfriend was not only much better looking, but no matter how much they both love watching the Amazing Race together, it will never compare to the year he and his ex had nonstop sex while running up the score on every other team in the league. (That analogy worked, right?)

Needless to say, the Vikings cut Randy Moss on Monday, opening the door for Moss to fly across the country and show up at Bill Belichick’s house during “women’s night” and announce “I’m looking for my wife.” #OutdatedJerryMaguireReferencesStillEntertainMe.

But the truth is we all want to be Randy Moss. That guy does what he wants, when he wants. Deal with it.

Ray Lewis Murder Count. Technically, the Ravens had a bye, but that didn’t stop Lewis from joining a JV Football team in the Baltimore area and annihilating three teenagers and the school’s Algebra teacher. Fact.

Remember that time when Donovan McNabb didn’t realize that overtime was sudden death even though that’s been the rule for like ‘ever? That didn’t happen again, but I imagine that had something to do with the fact that McNabb was benched for no reason whatsoever in favor of this guy. 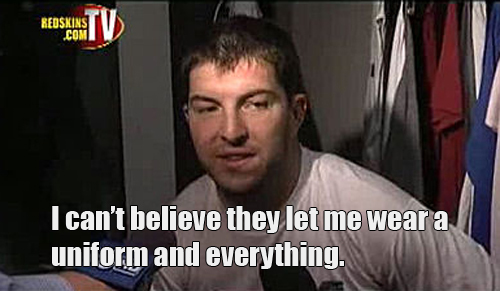 I mean, there’s no other reason is there? Ohhhhh ‘.

“The cardiovascular endurance that it takes to run a two-minute, going all the way down with no timeouts, calling plays, it's just not easy.”
–Mike Shanahan, explaining that McNabb was unfit ‘

London was treated to a football game so we sent the 49ers and the Broncos to prove to England that we don’t really like them enough to send them a quality team. While the 49ers won, America’s reputation in the eyes of the Brits continued to lose. We’re like 0-134 in those standings.

Moving along, the Saints took down the Pittsburgh Steelers in a game that got higher ratings than the World Series. 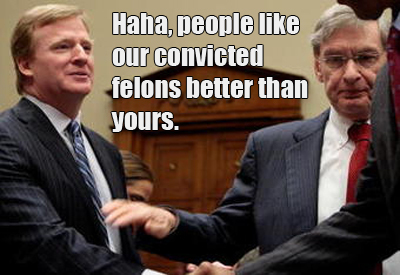 Some other stuff happened, but blah blah Jets lost, Panthers are still a team, etc. 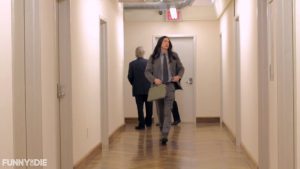 Code Red at the office 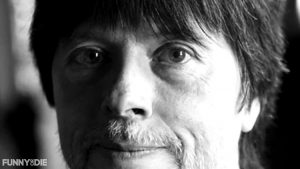 ***Lyrics*** Ken Burns, Ken Burns, Ken Burns, Ken Burns Ken Burns, he direct Ken Burns, an effect Ken Burns, you respect Ken Burns, break ya ‘ neck yaOW! Cultural icon yeah we up in this spot Bitches on both my arms bowl cut mutton chops Ken Burns a legend better recognize a hero Stacks of classic movies like Robert DeNiro Documentaries focus on Americana KB make his own style, Dolce & Gabanna Bringin ‘ history to life while we zoomin ‘ in on pictures Bitch check the zeitgeist, generation fixture National treasure like the Grand Canyon Belong on Mount Rushmore, president companion DVR PBS so you could see what we see Make Planet Earth look like chimps throwing feces Boss of the doc game, Spurlock like an intern You stuck in the hospital with third degree Ken Burns Mark Twain, Prohibition, Jazz, and the Civil War Walk in the club snap, zoom, panties hit the floor No political spin on it this ain ‘t no Michael Moore Got a film assembly line you can call him Henry Ford Making old pictures mad fascinating He could make a shoelace captivating Check effects in iMovie man Ken Burns name a trope He already won the race so you sit back and try to cope Man there ain ‘t no subject that Ken ain ‘t burned Master of his craft see what you can learn 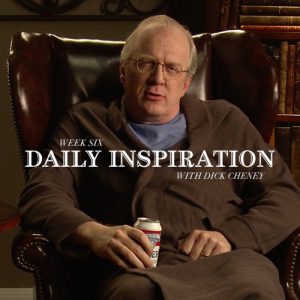 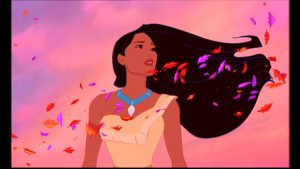 Reimagining Disney characters as things is so fun and funny and interesting and upsetting. 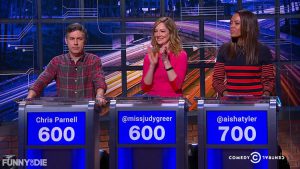 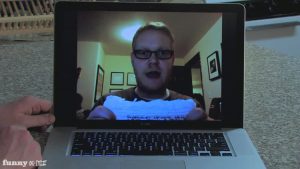