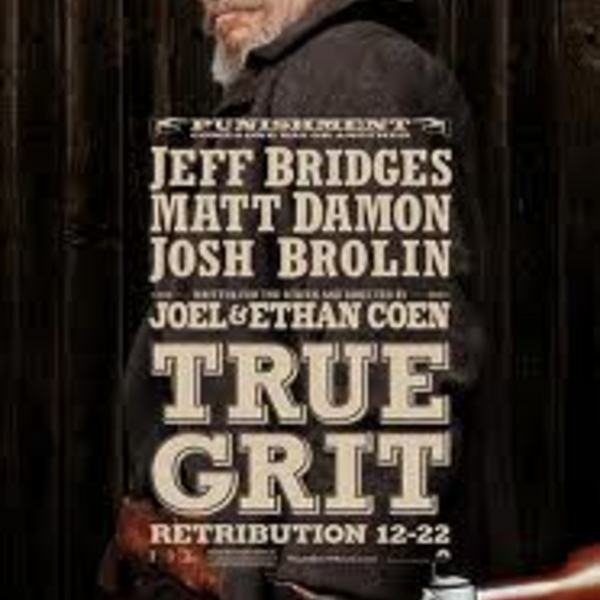 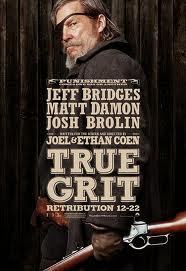 The movie is about this 14 year old tough girl – they're in the Wild West Times – her dad was killed and she is going to avenge his death. She hires a Marshall who happens to be Jeff Bridges, but he's a drunk. He doesn't want anything to do with her, but he takes the job anyway. Matt Damon is a TX Ranger and he's after this gang that killed the father too because they are criminals. So 14 year old tough girl gets a gun. There is a whole big to do with a lawyer. Tough girl is very knowledgeable in law. Also, she gets a horse and calls it Black Beauty.
The tough girl wakes up drunk Jeff Bridges because she wants to leave to go handle the avenging, but Jeff and Matt leave with out her. So she wears her dad's coat and has to go across a river on the horse. They're practically drowning. The best part is that after she's almost drowning, she's not wet. That was a big movie mistake. They go after the criminal who happens to be Josh Brolin. He's in the movie for 10 minutes. He gets shot twice and falls off a cliff.
The movie was slow before Brolin. In fact, I fell asleep. It was like, “Oh please”. Plus something happens to Matt Damon – I don't want to ruin it. I saw him on a talk show and he said that in order to sound authentic he put a rubber band around his tongue. He's so authentic that you can't understand him. Bridges sounds like he has marbles in his mouth. They're both like, “blah blah blah” and “bluh bluh bluh”. I missed about 90% of what they were saying.
The tough girl kept saying Bridges was full of True Grit. So it's a strong truthful person. Not afraid of anything. That's what I thought anyway.
There is one part that Bridges is on his horse and he looks like John Wayne. That was cool.
Overall, it was slow. I don't see any Academy Awards in there. If it was up to me I say rent it. It was a remake, but you can't remake the Duke (John Wayne). The Duke is the Duke is the Duke. Bridges was pretty good. He can be second Duke – what's that? A fife?
I give it 2 1/2 stars. 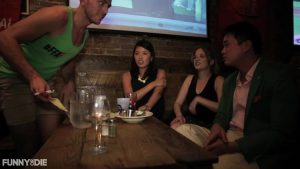 Join John & Shelby as they compete in a game of trivia at The Blind Pig in the East Village, NYC. 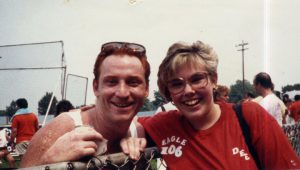 “My sexual fetish is being dehydrated so I’m going to get very turned on very soon.” 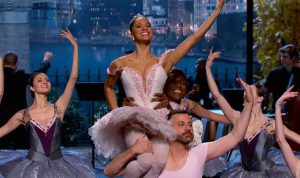 Could Jimmy Kimmel be the next great American ballerina? Probably not, I don’t think so! 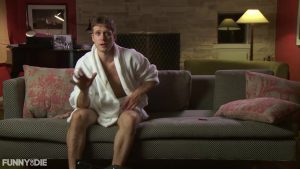 A drunk dude tells you about Disney’s ‘The Lion King’