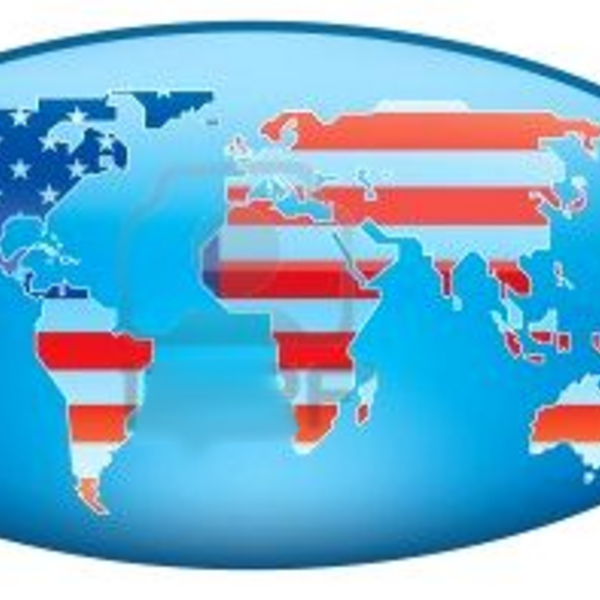 1) Germany would put some freakin’ buns and relish on those schnitzels, as god intended.
2) In the state of Mexico, Cinco de Mayo and Cuatro de Julio are basically the same celebration, just twice.
3) French women would get fat.
4) Bruce Springsteen songs would apply to everyone.
5) We wouldn’t grill suspected terrorists, we’d grill WITH suspected terrorists!
6) War wouldnt stop, we would just call it “civil” all the time.
7) There would be Subways on every street corner worldwide but no rails or trains.
8) Captain America would be overwhelmed with sheer land area to defend.
9) Old Navy would have to make a LOT more t-shirts today.
10) Cowboy movies would be set in jungles, the arctic, Paris… and they would all be about fighting aliens.
11) The flag would have more stars than a Muppet Movie.
12) African poachers would stop mauling lions and start mowing lawns
13) The American dollar would be the strongest dollar. And the only dollar.
14) Asia would simply be called East America.
15) You could order Mac n’ Cheese with your sushi rolls.
16) Obama would produce his birth certificate from the state of Kenya, but people would still claim he is from another planet.
17) The presidential election would be between the Democratic, Republican, Socialist and Communist parties. Somehow.
18) The Eagle would still be America’s symbol. Let’s face it, it’s already the symbol of every other country out there.
19) Chanting “USA!” would be like chanting “Planet Earth!”
20) The fight against Global Warming would be renamed The War On Warmth.
21) We would be playing Angry Birds Seasons “Egg, White and Blue” or “Hamerica the Beautiful” right now. 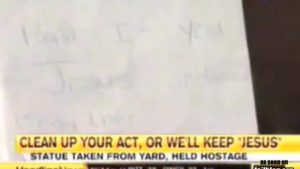 Kidnappers leave one Holy note explaining their demands. Thanks to: youtube.com/KMGdirect13 For more FAIL visit http://failblog.org 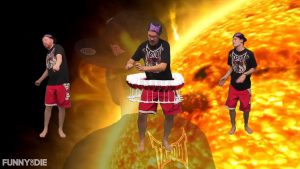 Get the album “A Loving Tribute to TapouT” for FREE at http://martytopps.bandcamp.com

WHERE ‘S THE LAMB SAAAAAAAUCE??!

Leave it to black holes to shed some light on things. 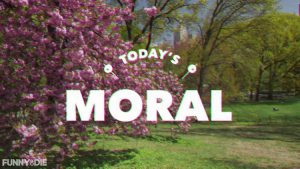 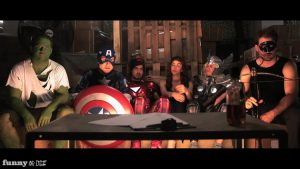