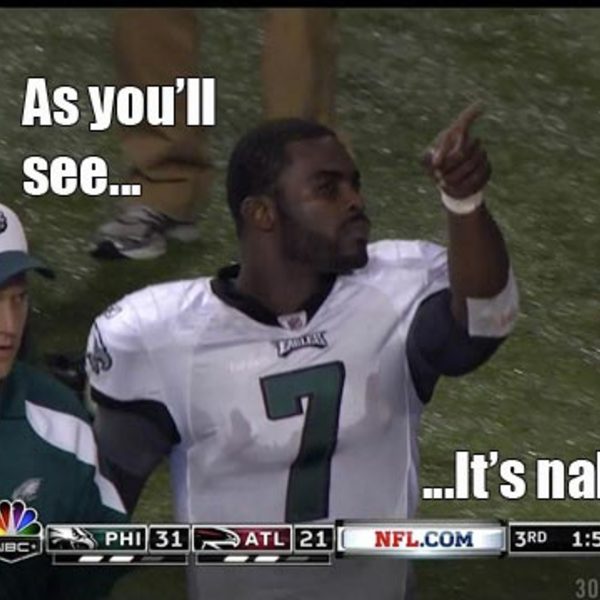 Let's start this week off with Michael Vick and Eagles. You know, really ease us in with personalities we're all familiar with because let's face facts: this is the Friday Night Lights of NFL Recaps. But with less white people.
So Michael Vick returned to Atlanta, The real story of this game was obviously h

America's obsession with criminals.
Anyway, Vick's return went as expected, as the QB left the game spitting blood and having his brain concussed. But don't worry, this was posted on Rotoworld.com today:

Oh Vick and your plans to spread herpes. Here he is on his way to the locker room, taunting fans on the way. 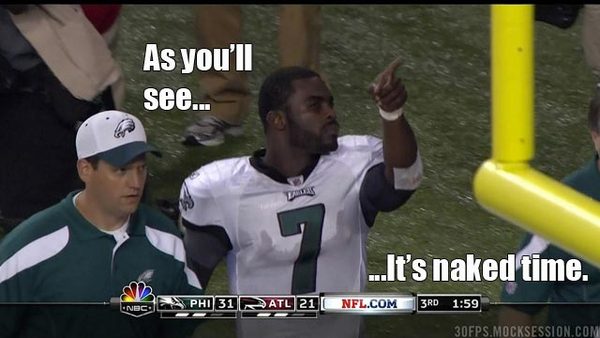 Aaand the nonstop promotion for Whitney continues. Look, get mad at the ad campaign that has plastered bus stops and billboards all you want, but the real plug came during the NBC broadcast when announcer Al Michaels made it a point to chime in on Whitney Cummings:
“I saw her at a roast for Steve Tisch ‘she's funny”
Haha totally. Also, what? Like I'm sure she zinged him good (she usually does at those sorts of things), but Steve Tisch? Cool reference, Al Michaels. Really good job knowing your fan base, who as we all know can't get enough of the Steve Tisch gossip. 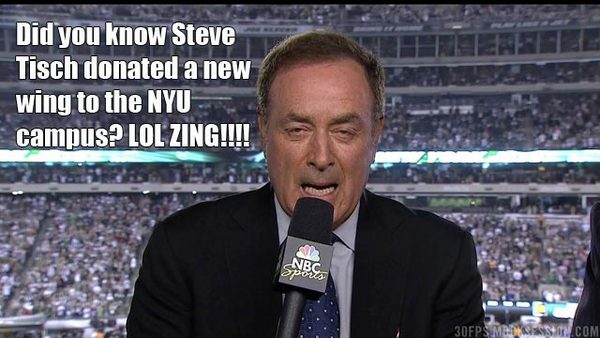 And while we're on the Eagles game, backup QB

going around DC taking money and doing charity work. So DC readers, be on the look out for any large man demanding millions of dollars so he can throw tantrums and cry about his role in life.
So, on to the Bills? Please? Can I talk about the Bills now? Great! Skip ahead if you don't give a shit.
The Bills continue to play like a team out of a movie, pulling out a dramatic, last minute victory over the Raiders. Listen, we all love inspiring Hollywood-like stories, but you know what happens when the Little Giants win the big game and Ice Box lets everyone know that girls are capable of growing up to be functioning members of a society despite having Rick Moranis for a father? The movie ends and we never get to see them come back to earth. And as mentioned last week, the Bills are the league's Little Giants — but putting indigestion tablets in your mouth to give the appearance of rabies-induced foam only works so many times, Ryan Fitzpatrick. There's a reason the movie ends and we never actually see their fate.
What I'm getting at, and I hate to say this, is something tells me we'll be seeing what happens after the movie ends next week when they take on the New England Male Models. 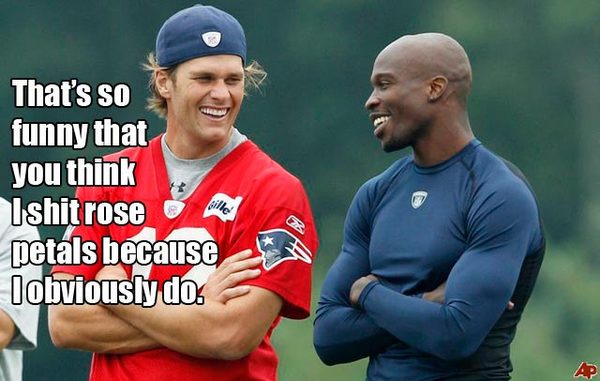 Speaking of these guys, the Patriots took down the Chargers as Brady put up his usual numbers: 900 yards, 72 touchdowns, and one supermodel impregnated. He's basically a video game. Like if Tecmo Super Bowl had a play where you had sex with flawless women.
The injury-riddled Broncos put together a solid performance on Sunday in a win over the Bengals. All the more impressive was they were able to insert God at wide receiver and not have to worry about egos. 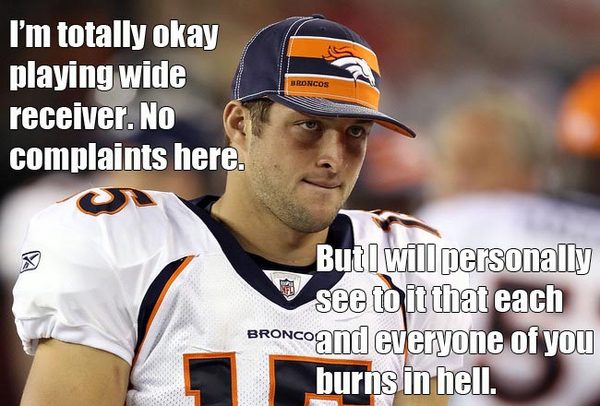 “So how about that Cam Newton?” That is a quote sportswriters are constantly writing (I'm very good at knowing what journalists talk about). I however, have no opinion on robots and will not talk about the fact that he apparently has no learning curve and throws the ball like he's a kid in a 90s Nerf Turbo commercial. Not the one with the whistle mind, you; that was a terrible invention that stung the hands of many many children. I will however show this picture from the Panthers loss to the Packers in which two cyborgs hugged at midfield. 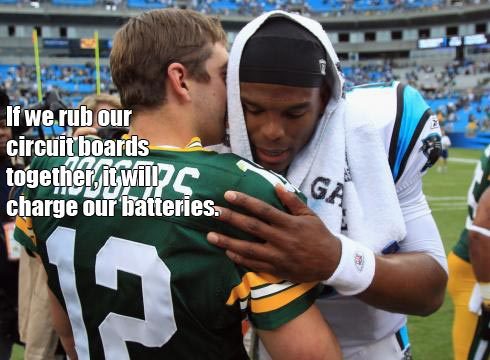 Let's see what else happened this week? Jamaal Charles died. As did the Chiefs' respectability. They were crushed by the powerhouse that is now known as the Detroit Fucking Lions, 48-3. Last year's AFC West champs have now been outscored 89-10 in two games. That said, they lead the league in torn ACLs. Great job, guys! You're all winners!
Josh Freeman is earning a reputation for himself as a clutch NFL quarterback, this time leading the Bucs to a comeback victory over the Vikings. Here's a picture of Freeman after the game, celebrating his fourth quarter heroics/getting out of those wet clothes. 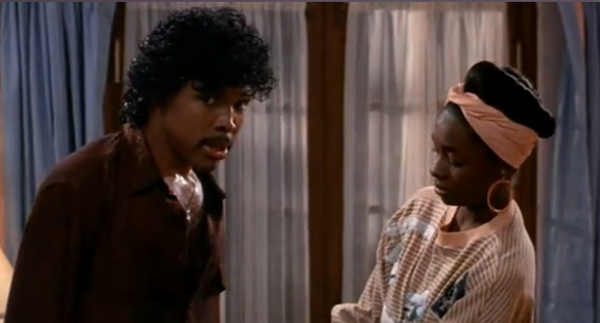 I know I made the Soul Glo joke last time, but you know what? I didn't have a picture of Eriq La Salle to accompany it and I've felt terrible about myself all week, knowing I squandered a Coming to America reference.
Speaking of people feeling terrible about themselves all week… 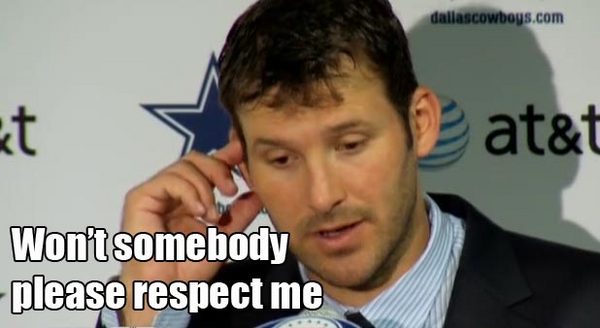 Romo turned in a gutsy performance, playing through a punctured lung. I don't even know what that means. I'm not a doctor. But I have to assume that Terrell Owens knifed him in the parking lot before the game. Way to go, Tony! Way to to, Terrell!
And way to go, NFL. You've punctured our hearts. 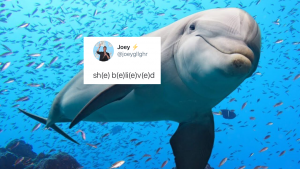 Game of Thrones creator David Benioff finally dives deep into the issue of missing male bits and if we will ever see some mangled penises on the show. 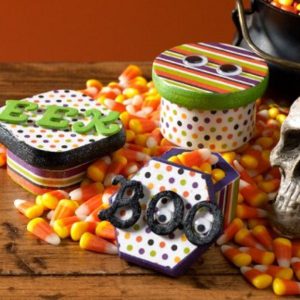 Please do not give spooky names to your homemade treats. No matter how innocent it seems, they tend to terrify the children. 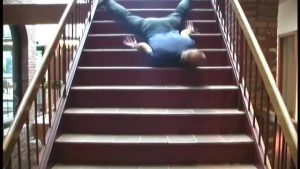 The sequel to Surprised Brain Syndrome. Monroe Salby no longer suffers from SBS. SBS has caused his brain to learn everything. But once your brain knows it all where does it go from there? 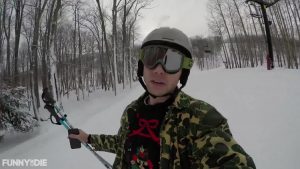