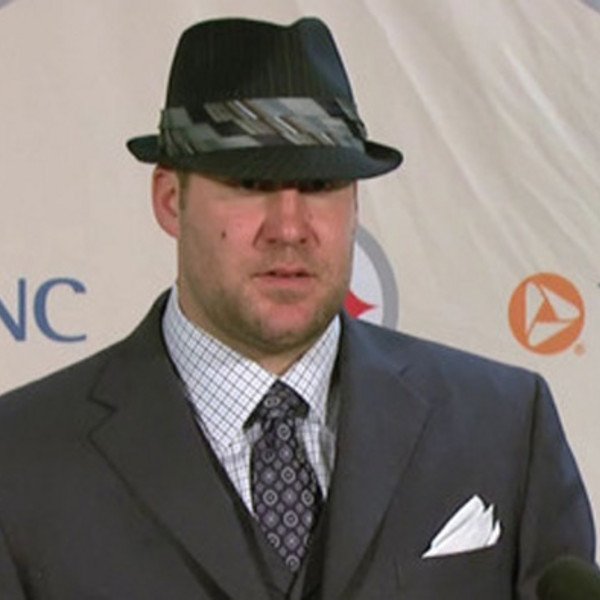 Tim Tebow and the Broncos beat the Steelers. (Sorry for the straightforward first sentence, but that's for the people that are getting their sports news from Funny or Die. I need to make sure they're on the same page as everyone else and also what are they doing with their lives?) ‘

Anyway, where was I? Oh yeah ‘ More like Tim TebWOW, am I right? Riiiiight? Anybody? This guy knows what I'm talking about. ‘ 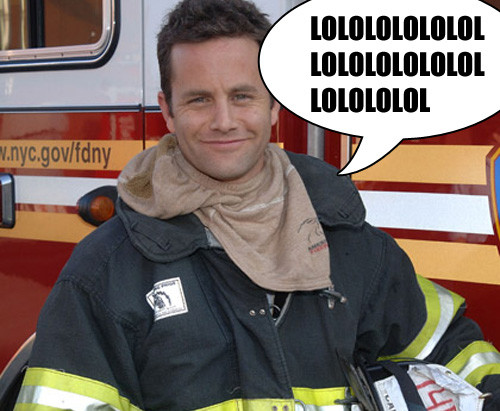 Much has been made of not only the dramatic overtime win, but the numbers Tebow put up on Sunday and their connection to the Bible passage, John 3:16. (Full disclosure: as a full-fledged Hebrew, I have no idea what the passage refers to, what its significance is, who John is, what “3” means. To me it looks like an obscure emoticon, reserved for bible chat rooms.) Anyway, Tebow threw for 316 yards, averaging 31.6 yards per completion. He also was 3 for 16 when converting Jews in the press to Christianity. Solid work all around. ‘

With all the 3:16s and the turning of Ben Roethlisberger's discharge into wines that were going on the game, it's easy to think that God simply willed Tim Tebow to victory, making it clear who the pious performer was and rewarding him for his devotion. Sure sure. That's one way to look at it. But perhaps it's that God would not let a member of the Adjustment Bureau interfere with the game's natural outcome. ‘ 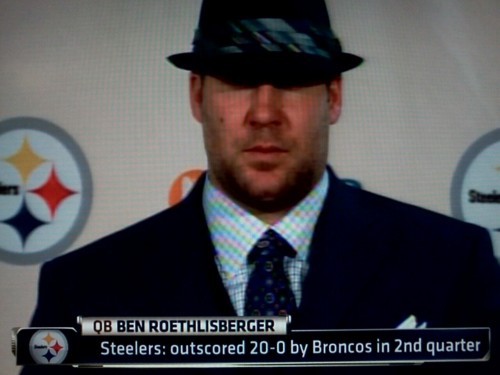 Had the Steelers won the game, this outfit, and presumably the Tommy Gun he's got hiding behind him, would all be in good fun. In fact, he likely bought it with the assumption that the Steelers would win easily and he'd hit the speakeasy, order a couple of sidecars, and hit on some dames. ‘That's fair. But shouldn't he have brought a backup outfit just in case? Like something that didn't look like a Halloween costume that reminded people that he's totally unstable? It's like he thought the press conference was a Pimps n' Hoes theme party. ‘

Not to really harp on this, but one more thing: As ridiculous as this outfit is, it can in fact be pulled off. Here, let me show you. 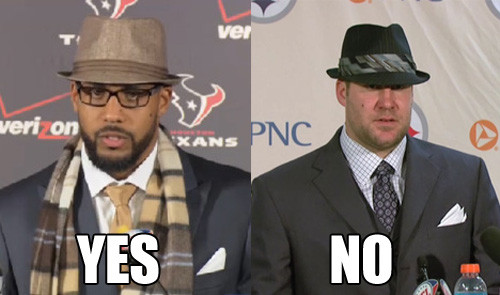 See? Foster looks good. Like he's on his way to an Esquire photo shoot. Rather than a Tumblr blog. ‘

On to the Lions and Saints. And I'm very excited to cover this game as I was actually in New Orleans on Saturday. I got some great shots of the Saints victory. Here are a couple of my favorites. ‘ 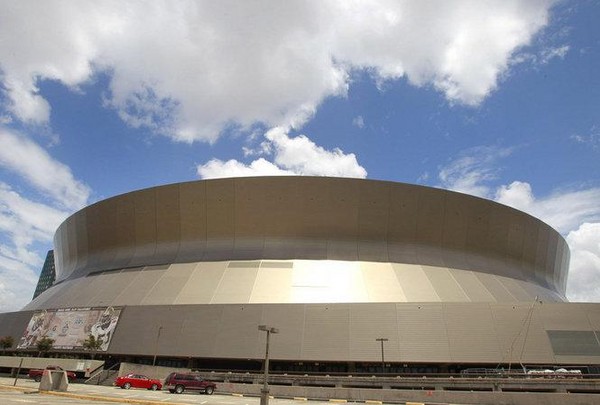 Even Aaron Neville was there: 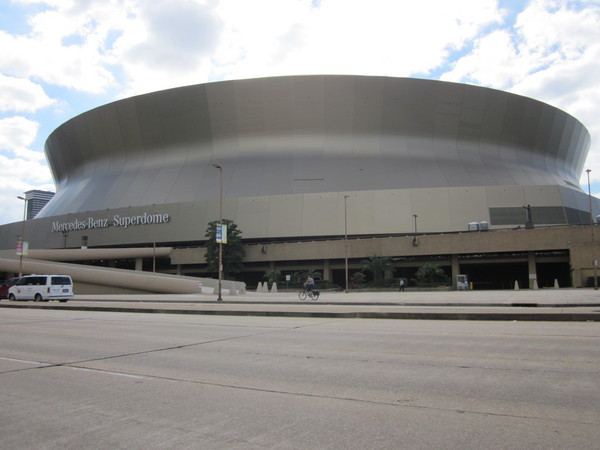 What a game! What a stadium! I'm actually not lying about being in New Orleans on Saturday. I just was not at the game because I was very busy being a white person who goes to the French Quarter and comes home telling the tales of the “Authentic New Orleans Bands” he saw. ‘

Also the Giants won. I'm very happy for them. Eli Manning was lights out and also this one more time… forever: ‘ 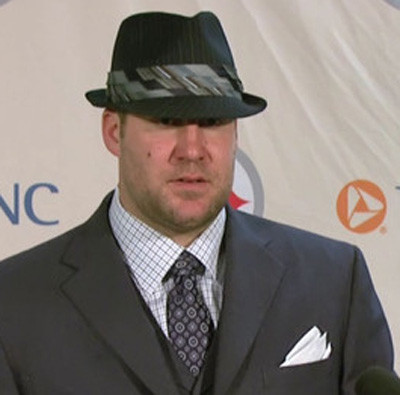 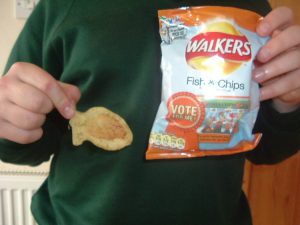 Fish And Chip All in One 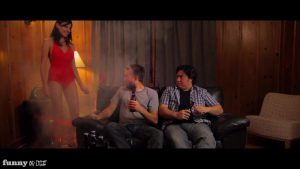 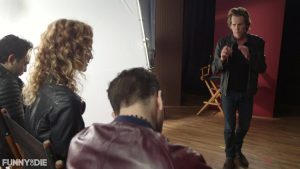 Kevin Bacon on the art of gestures. Enjoy the whole series at http://www.funnyordie.com/actoronacting 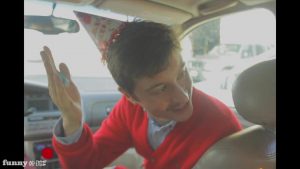 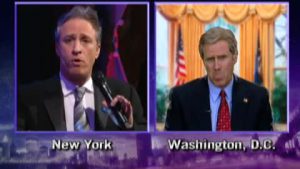 From the 2008 Night of Too Many Stars benefit for autism education. Donate Now to support Autism Education: http://www.comedycentral.com/shows/night_of_too_many_stars/index.jhtml 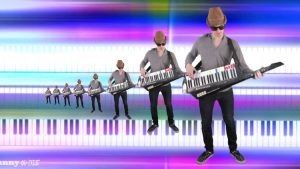 Thomas Middleditch, Rafferty Funksmith, and Ian Pfaff bring you the latest jam in sweet music. If you’re cool, or even consider yourself a human being, then behold all the righteousness that is this. Send this to everyone you know with a cool ass haircut.