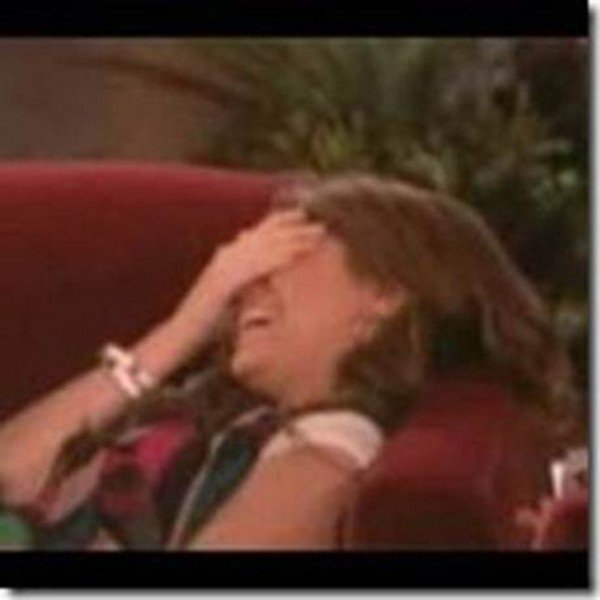 Here are six reasons why you should think
before you speak -the last one is great!
Have you ever spoken and wished that
you could immediately take the words back…
Here are the Testimonials of a few people who did….

FIRST TESTIMONY:
I walked into a hair salon with my husband and three
kids in tow and asked loudly,
‘How much do you charge for a shampoo and a blow job?’
I turned around and walked back out and never went back
My husband didn’t say a word…he knew better.

SECOND TESTIMONY:
I was at the golf store comparing different kinds of golf balls.
I was unhappy with the women’s type I had been using.
After browsing for several minutes, I was approached by
one of the good-looking gentlemen who works at the store.
He asked if he could help me.
Without thinking, I looked at him and said,
‘I think I like playing with men’s balls’

THIRD TESTIMONY:
My sister and I were at the mall and
passed by a store that sold a variety of candy and nuts.
As we were looking at the display case, the boy behind
the counter asked if we needed any help. I replied, ‘
No, I’m just looking at your nuts.’
My sister started to laugh hysterically.
The boy grinned, and I turned beet-red and walked away.
To this day, my sister has never let me forget.

FOURTH TESTIMONY:
While in line at the bank one afternoon,
my toddler decided to release
some pent-up energy and ran amok.
I was finally able to grab hold of
her after receiving looks of disgust
and annoyance from other patrons.
I told her that if she did not start behaving
‘right now’ she would be punished.
To my horror, she looked me in the eye and said
in a voice just as threatening,
‘If you don’t let me go right now,
I will tell Grandma that I saw you
kissing Daddy’s pee-pee last night!’
The silence was deafening after this enlightening
exchange. Even the tellers stopped what they were doing.
I mustered up the last of my dignity and walked
out of the bank with my daughter in tow.
The last thing I heard when the door closed behind me, were screams of laughter.

FIFTH TESTIMONY:
Have you ever asked your child a question too many times?
My three-year-old son had a lot of problems with potty training
and I was on him constantly. One day we stopped at Taco Bell
for a quick lunch, in between errands It was very busy,
with a full dining room. While enjoying my taco,
I smelled something funny, so of course I checked
my seven-month-old daughter, she was clean.
The realized that Danny had not asked to go potty
in a while. I asked him if he needed to go,
and he said ‘No’ .. I kept thinking
‘Oh Lord, that child has had an accident, and
I don’t have any clothes with me.’ Then I said,
‘Danny, are you SURE you didn’t have an accident?’
‘No,’ he replied.
I just KNEW that he must have had an accident,
because the smell was getting worse.
Soooooo, I asked one more time, ‘Danny did you have an accident ?

This time he jumped up, yanked down his pants,
bent over, spread his cheeks
and yelled
‘SEE MOM, IT’S JUST FARTS!!’
While 30 people nearly choked to death on their tacos laughing,
he calmly pulled up his pants and sat down.

An old couple made me feel better, thanking me for the
best laugh they’d ever had!

LAST BUT NOT LEAST TESTIMONY:
This had most of the province of B.C. laughing for 2 days
and a very embarrassed female news anchor who will,
in the future, likely think before she speaks. What happens
when you predict snow but don’t get any! We had a
female news anchor that, the day after it was supposed
to have snowed and didn’t, turned to the weatherman
and asked:
‘So Bobby, where’s that 8 inches you
promised me last night?’

Not only did HE have to leave the set, but half the crew
did too they were laughing so hard! 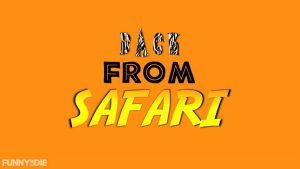 Gideon and Trelijah are back from their Safari and they couldn’t be more excited to talk about it. 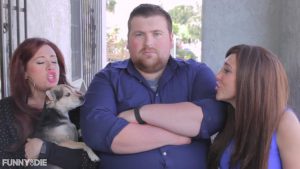 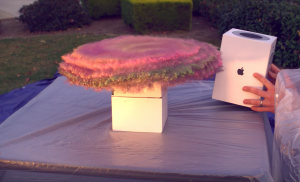 One small step for man, one giant glittery fart cloud for mankind