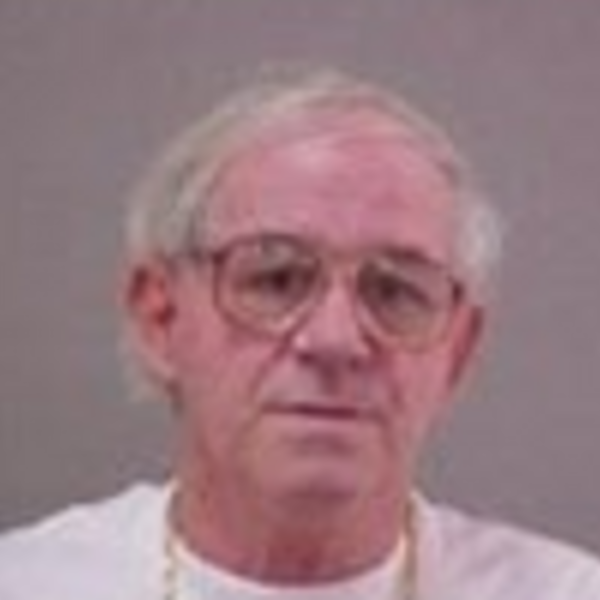 Having been saddled with a last name that sounds like a stroke victim saying the latest Steven Spielberg film (See what I did there?), I know all too well the pain that comes with a weird name. ‘Even phenomenal character actor Gary Oldman is only an ‘R’ away from having a terrible name that conjures up some pretty vivid imagery. But some of us willingly elect to burden ourselves with a name that makes everyone who meets you want to travel back in time and punch your mother in the ovaries. The following are the best examples of these names: 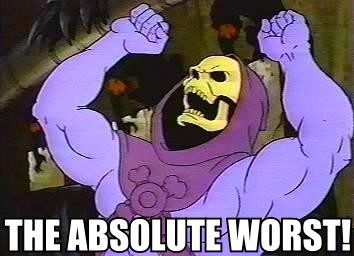 Otherwise known as the “Your mother cries at night because she gave birth to you” names.

23 year old Tyler Gold has been all over the News due to having legally changed his name to “Tyrannosaurus Rex”. He has justified this asscandle move by saying “As an entrepreneur, name recognition is important and the new name is more recognizable.”

Fair enough. However, one wonders how successful his future business ventures will be once he realises that he now has the name of a registered sex offender. Yep, as unlikely as it seems, the only other person in the world who has the name “Tyrannosaurus Rex” is this guy: 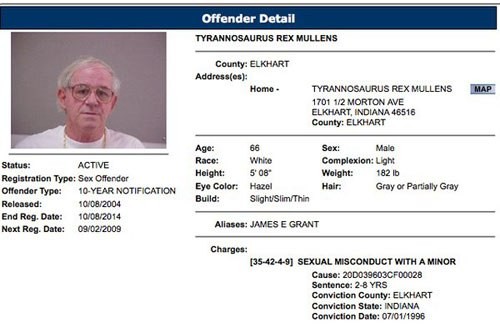 Good luck building brand recognition with THAT name, Bromandudeface, unless of course you're planning on selling the broken hopes and dreams of a child. You might as well have changed your name to Josef Fritzl or Hitler Kittenpuncher.

Hormis Daniel to his mother, AHH went on a bit of a spree, changing his name more times than the sheets at a brothel. He found himself in hot water when, after choosing the imaginative AHH as a means of hiding from a bunny boiling ex-girlfriend, he was unable to revert back to a name that doesn’t precede the words “Real Monsters”. 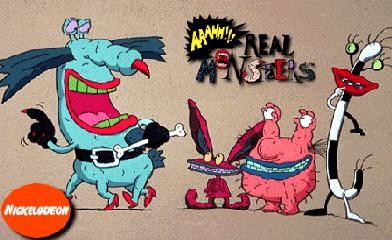 I never noticed how much the pink blob looks like a testicle until now.

Australia has a three name change limit, not that anyone knows this because they’ve never had to enforce it, and AHH was refused an appeal for special consideration, probably on the grounds of being a complete muffinload of dogwank.

The kicker is that AHH is an immigrant from Iraq and his family has arranged a marriage for him, unaware that he has changed his name even once, let alone the full trifecta. Apparently his mother is also quite good at making with the judo chopping; these two factors have made him terrified of returning home. Maybe next time an irate Ex comes after him he should just change his cell phone number and wear a hat. After the unknowing future Mrs. AHH learns of her fate, I’m sure he’ll have the opportunity to test whether or not this method is effective.

Sounding like a name leftover from ‘Pootie Tang,’ Mister Radical Fuckcensorship Supern***er conjures up images of a militant, Black Belt Jones-Like African American activist, which he has been erroneously reported as being. In reality he’s a white man. 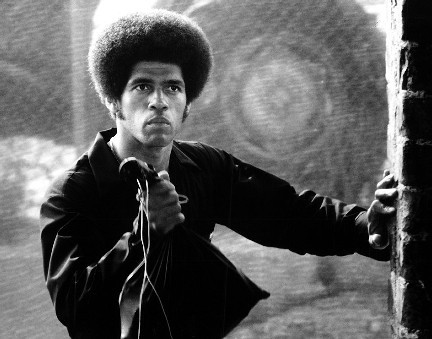 Definitely not a white man, last time I checked.

That’s right, a Chalkcausian who enjoys hammocks and probably puts those little racist umbrellas in his drinks has the audacity to legally name himself one of the most denigrating words in recent history. To be fair, he did have good, if slightly misguided intentions; he campaigned to reclaim the N – Word by redefining it to mean both (as a noun) “human” and (as a verb) “to reclaim a word,” believing that doing so would help to reduce racial tensions. That’s kind of like giving that homeless guy who hangs outside your apartment and smells like Blue Vein Cheese your leftover sandwich and claiming to have solved poverty.

He’s the second biggest thing I hate about white people, after ‘Tron’. 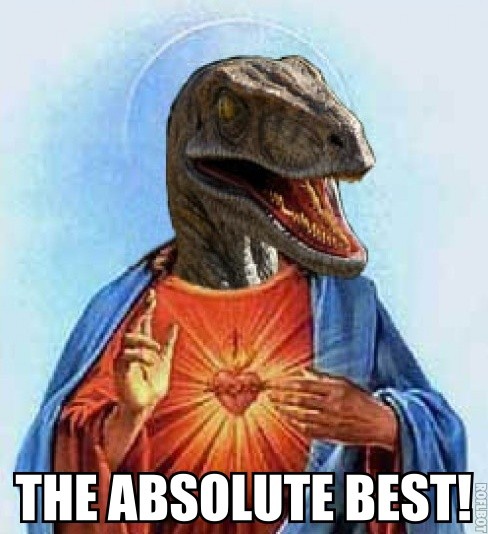 Most name changes, while seeming cool to the person who selected them, generally only serve to make the world collectively shake their head and mutter “What a fucknut.” However, sometimes the names chosen inspire spontaneous fist pumping and a chorus of “For The Win!” from the internet community. These are some of those examples.

Is this the most awesome name ever conceived? Quite possibly.

The superhero with the hardest to rhyme theme song, ‘Captain Fantastic Faster Than Superman Spiderman Batman Wolverine Hulk And The Flash Combined‘ was originally known as Glastonbury teen George Garret.

In a scenario I’ve just made up, George, delirious from the heady combination of hitting the opium pipe whilst downloading pictures of Fluffy Unicorn Dicks and being a complete twat, decided to get revenge on his family for giving him an alliterative name by swallowing pieces of paper with superhero names on them and adding each one in order of excretion during an awkward hate-poop. 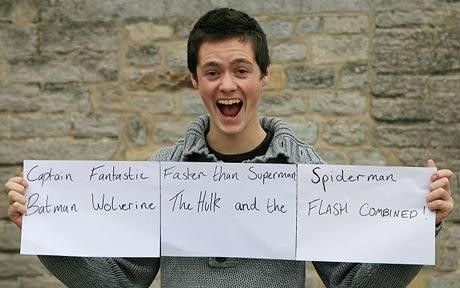 >
The mythical pieces of paper.

Actually, he just went online and paid ’10. Yeah, I thought my version was better as well. George only has one regret ‘ His grandmother refuses to talk to him now, probably for fear of asphyxiating whilst trying to say his name in one breath. At the time, George held the dubious honour of having the longest name in the world, which is like having A.I.D.S, but the good kind. You still have A.I.D.S, though.

Where is he now? Probably doing ads for premature ejaculation. Sometimes being the fastest doesn’t mean you’re the best.

What words come to mind when you look at that name? Suave? Debonair? Fuckawesome? Second only to Max Power in terms of name-gnarliness, Romanceo has obviously been knighted at some point, is rather tasty and has the maximum amount of Billions possible. He can disintegrate every pair of panties in an eight mile radius simply by raising a smugfuck eyebrow and probably looks like this: 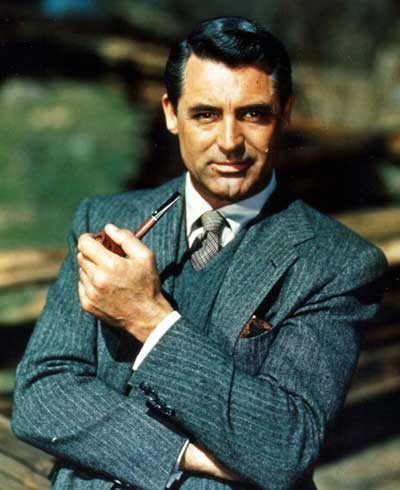 The very definition of swagger.

However, the reality is that the man born Adrian Scott Williams is an inmate in the Racine Correctional Institution and his last sexual experience probably involved a microwaved cantaloupe hollowed out with a prison shank. It’s things like this that shatter my whole world.

Do I really need to give a reason why this is on ‘a list of awesome name changes? I do? How about, after finding out that some other dude had changed his middle name to “Megatron”, Optimus challenged him to a fight. Of course “Fight” means exchanging angry Facebook messages, but still – I would have a womb surgically implanted just to carry this man's child. 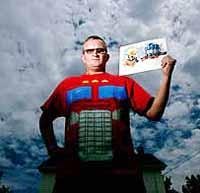 Optimus was originally U.S soldier Scott Noll who decided to change his name for his 30th birthday, honoring his inspiration for joining the armed services and also his surrogate father by naming himself Optimus Prime. Surrogate father? Yes. It seems that the void left in Scott's life when his biological father walked out on him was filled by watching “Transformers” and yelling “You're not my real ladder!” at his step-ladder. Aint that the sweetest thing you've ever heard?

Well here's two words that will bring you down again. Michael Bay. 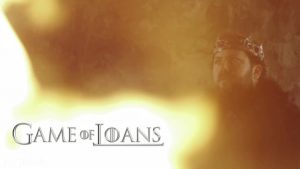 It’s always good to pay your debt in the Game of Loans.

These 70-somethings have the time of their lives at their first music festival. With Mumford & Sons, Ben Folds, Guster, Bleachers, Dawes, Houndmouth, Ron Funches, and Rubblebucket. 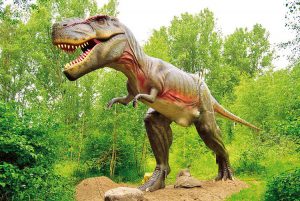 Scientists have confirmed that we are on the cusp of the next great extinction of species, and humans are likely at fault. To better understand our situation, we go back to an expert on global extinction, Tyrannosaurus Rex. 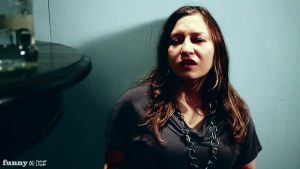 What’s a big time spy going to do with this kid?