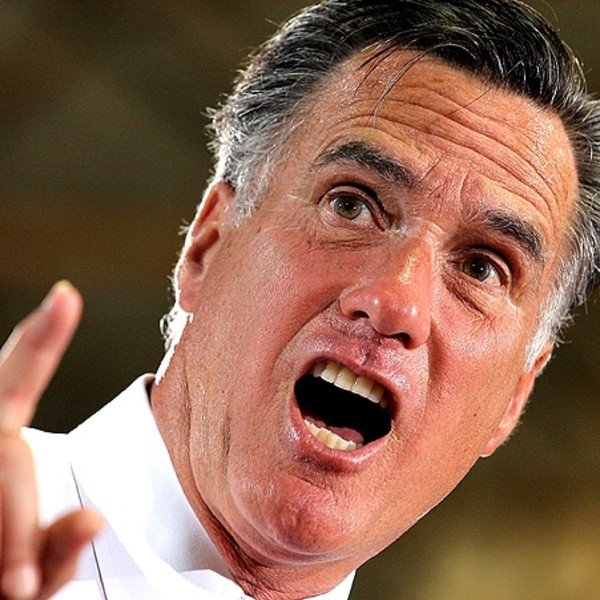 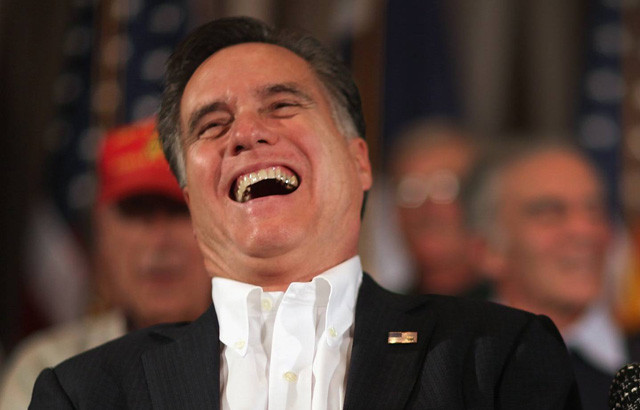 Mother Jones uncovered Bain Capital documents filed with the SEC which confirm that Mitt Romney was an active investor in Stericycle – a company that disposes of medical waste, like aborted fetuses and other afterbirth garbage. Running on a pro-life platform, Romney will face intense scrutiny for profiting off of dead babies, but the backlash will be like a bee sting compared to the pummeling he’ll take in the media when they read this – The Definitive List of Romney’s WORST investments.

COMPANY: HEART OF GOLD SALVATION
SERVICE/PRODUCT: Holocaust Gold
In an attempt to diversify his gold investments, Romney has sunk millions in “Holocaust Gold” – actual gold taken from Holocaust victims that is sold at pop-up shops around the U.S.

COMPANY NAME: SHARP CALL
PRODUCT/SERVICE: Razor Phones
Like the sleek Motorolla cell phone, this phone makes calls. Unlike the Motrolla model, this Razor is made of actual razors.

COMPANY: RAPE
SERVICE/PRODUCT: Rape Kits
DESCRIPTION: I know it sounds bad, but it’s not what you think. These are kits that help people commit rape.

COMPANY NAME: OLD YELLER INDUSTRIES
PRODUCT/SERVICE: Doggie Death Sacs
Three to four million dogs are put to sleep every year and with more and more people shirking their pet ownership responsibilities, that number will only go up. Which is why doggie death sacs have become a lucrative market. Any savvy business man, like Romney, would be stupid to not pour millions into these “euthanasia death chambers” that allow people to perform their own at-home pet murder, safe and effectively.

COMPANY NAME: BONER BURIALS
PRODUCT/SERVICE: Penis Cemeteries
When penises are no longer viable, they have to go somewhere, and the garbage is not a respectful resting place for dead dicks. These profitable penis cemeteries offer high-end burial services for “members” only.

COMPANY NAME: Fluerg Terfusyn
PRODUCT/SERVICE: We don’t know what this is, but we’re pretty sure it has to do with murder of the elderly.

COMPANY NAME:ATTACK SHACKS
PRODUCT/SERVICE: Molestation Stations
It’s a tough world for molesters, but it can be made easier with these windowless, soundproof, sadness depots. We all know monsters will spend whatever it takes to fuel their tormented, wrong headed perversions, so why not make money off of them. Rented by the hour, anonymously, these booths, painted to camouflage into whatever background its consumers require (city streets, corn field, Macy’s).

COMPANY NAME: TOP ‘O THE MORNIN’ TO YA
PRODUCT/SERVICES: AIDS Hats
These hats carry AIDS. There is no market for this product, but Romney’s early investment could pay off in the long run should we run out of ways to fight China. We’re fighting China, right? 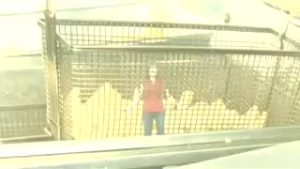 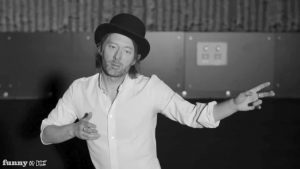 Thom Yorke has to pee, and he’s acting like a hyperactive child about it. 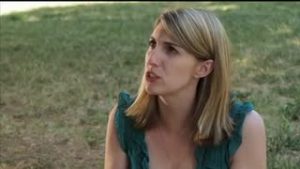 Special Agent Trent Hauser knows that whenever there is a sudden engagement, there is a save the date… for a terrorist attack. NTSF AIRS ON ADULT SWIM – THURSDAY 12:15AM 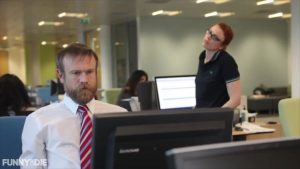 For those not made for technology…and those that are. 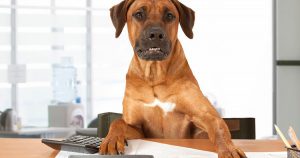 There’s no rule that says a dog can’t be mayor, but there should be. 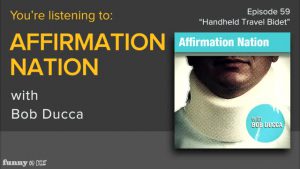 That ‘s right, it is time once again for one of Bob Ducca ‘s product reviews! This week Bob turns his critical eye to a personal hygiene product that can ‘t quite live up to the hype.