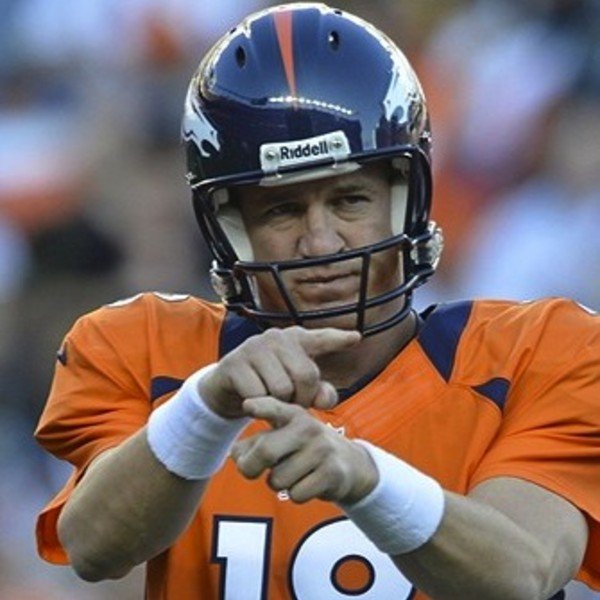 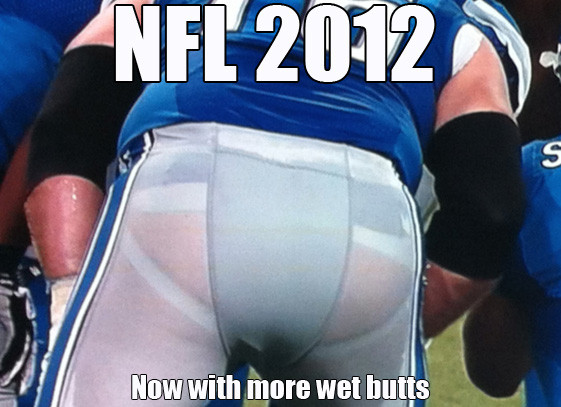 Hey! Welcome to the first edition of the 2012 NFL recaps. If you're new the section I apologize in advance for letting you down when I eschew real topics of discussion and begin talking about the Buffalo Bills and begin crying. Most likely you won't realize when I start crying since you're not in my head, nor are you my wife when she pops her head into the office to see me with my face in my hands muttering “it didn't have to be this way.”
So away we go!
Lots of big things happened this week. Peyton is back which is great news for football fans, bad news for Eli. 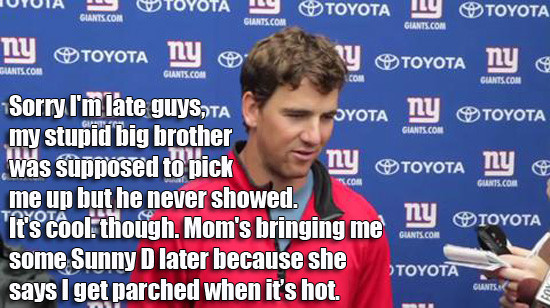 While it was great to see Peyton back on the field, directing traffic and racking up yards, his return was overshadowed by this picture of your new favorite player: 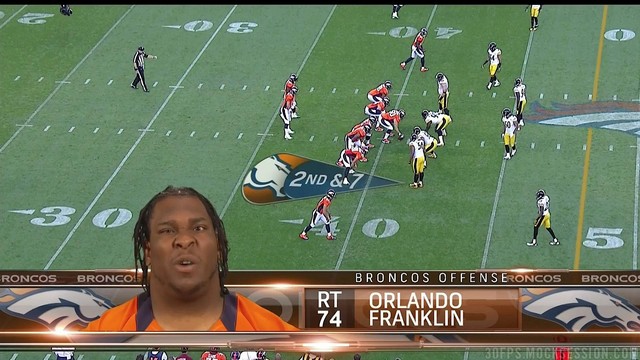 Blah blah, Broncos won in dramatic fashion. But what about their former quarterback? One Tim H. Tebow. What's he been up to? I haven't heard much of his goings on recently. Has his every move been tracked and overhyped? WHAT DID HE HAVE FOR BREAKFAST? WHAT ARE HIS FAVORITE 80S LOVE SONGS? DID HE THROW A FOOTBALL IN A TRASH CAN ONE TIME? 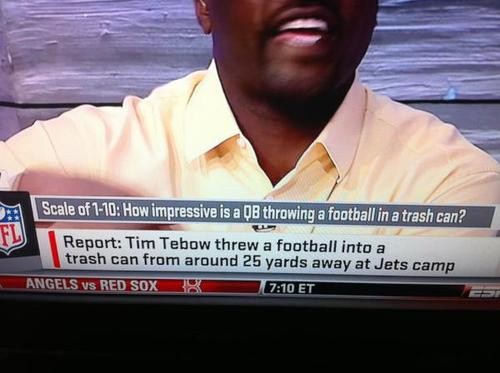 Thought so.
So what was Tebow up to on Sunday? Oh, just playing the role of decoy while the forever-shat-on Mark Sanchez (AKA Queens Boulevard) tore apart the revamped Buffalo Bills. With that in mind, let's bring back the classic section: “This Week in the Bills Are the Fucking Worst.”
It's so great to have this section back. They're terrible. Always have been. Even their best years, a dominant four year stretch, will be forever associated with crushing defeat and embarrassment. What makes them especially terrible this year is that they had their best offseason in decades. Number one team during the spring when you tally all the key stats: money spent on marquee players, misguided optimism, and the ominous “sleeper status.”
But this is not the offseason. This is the regular season. The real deal. “Snack Time,” according to Rex Ryan (“Snack Time” also makes appearances in Winter and Spring in the Ryan household). Sunday against the Jets, the Bills were completely dominated in every aspect of the game with the exception of the all-important category of “throwing the ball to the wrong team and acting surprised.” 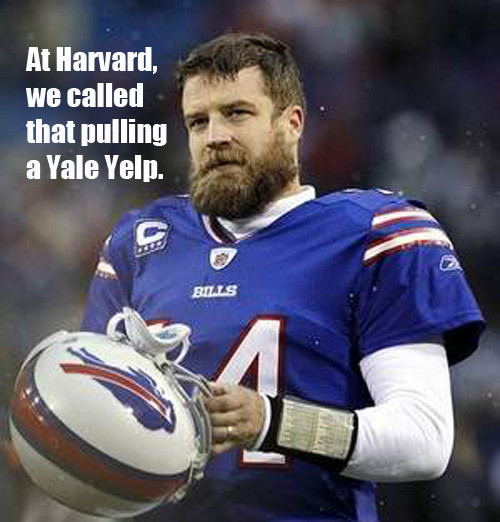 To be fair, they also excelled in torn ligaments, a metric they in which they often lead the league.
What's worse is I actually attended this game. Witnessed this debacle. But don't worry (I KNOW YOU ARE WORRIED) I didn't spend money on this horrible excuse for a football game as a friend generously hooked me up with tickets/subjected me to this terror. I did, however, shell out a good ten bucks for the only thing MetLife stadium had that resembled ice-cream: something they deemed “Rita's Water Ice.” I got Mango. It was only slightly more enjoyable than the game itself, which is more of a reflection on the subpar work of this Rita than anything else. On a side note, the blatant lack of ice cream at MetLife stadium is inexcusable, a topic I will save for my Mango Water Ice recap that goes up later this week. GET EXCITED I WILL GO INTO GREAT DETAIL ABOUT HOW THE SIZE OF THE PURCHASE WAS DISPROPORTIONATE TO HOW MUCH MANGO WATER ICE ANY HUMAN BEING CAN POSSIBLY EAT.
Also, I took this picture in the parking lot at a Bills tailgate. Apparently Jim Kelly has passed away. Perhaps the barbecue was actually a candlelight vigil, a telling indication of how Bills fans celebrate: pretending that their heroes are dead. 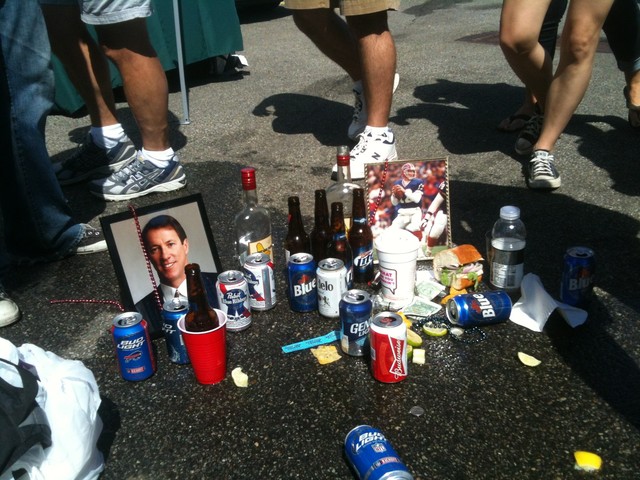 Moving on to games that didn't make me cry! The Patriots took down someone. I don't know who. The Titans maybe? I don't really know because in my house they will be forever known as the bad men who hurt Tom. YOU RUINED HIS BEAUTIFUL FACE YOU BASTARDS. 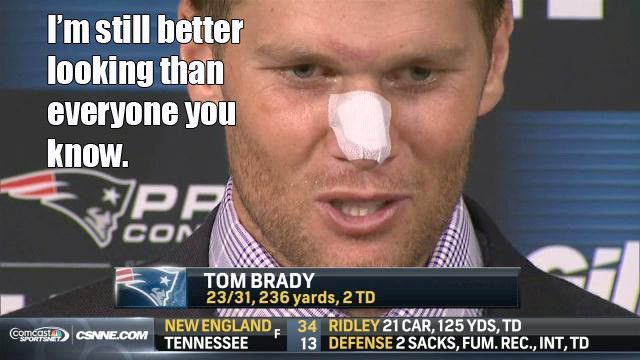 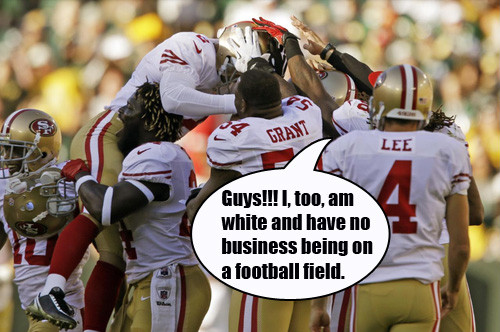 Rookie quarterbacks made their anticipated debuts this weekend. Who had the best afternoon, you ask? Let's take a look at the rookie QB derby:
a. Andrew Luck: threw two picks in a loss
b. RGIII: absolutely dominated the New Orleans Saints
c. Ryan Tannehlll: three picks in a loss, but can be assumed that he had lots of sex with his seemingly-innocent-but-likely-depraved wife.
d: Brandon Weeden: interception total was almost higher than his QB rating
The answer? All them made more money on Sunday than most of us will ever make in our life so I'd say it's a tie, but Weeden has the edge since he played the worst in proportion to his salary.
What else happened this week? The Bears won as Jay Cutler was reunited with the one man who doesn't make his face go like this: 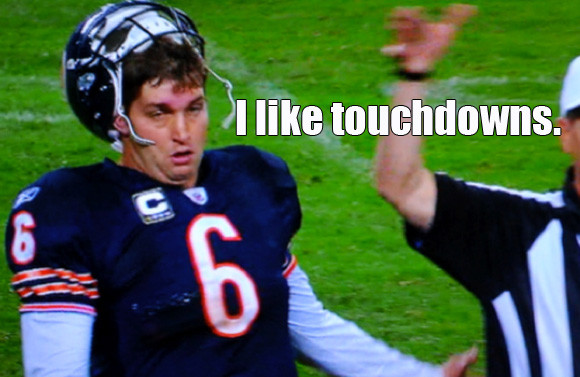 The Seahawks beat the Cardinals. Strike that. Cardinals beat the Seahawks. Whatever, the point is we all lost by thinking about it.

That’s it. I covered every game, right? Awesome. I’ll leave you with this GIF of Rob Gronkowski attempting to spike the ball. Don’t worry, there’s a major plot twist. 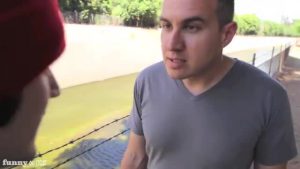 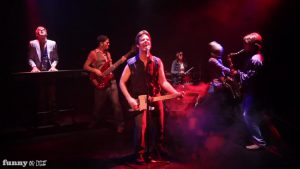 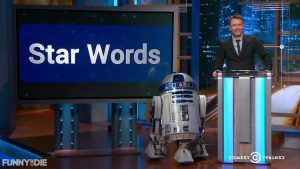 Thanks for not charging us five dollars to use your bank to hold my money, no really, thank you so very much. 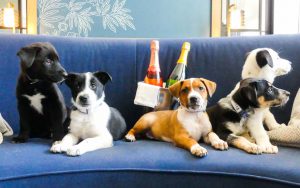