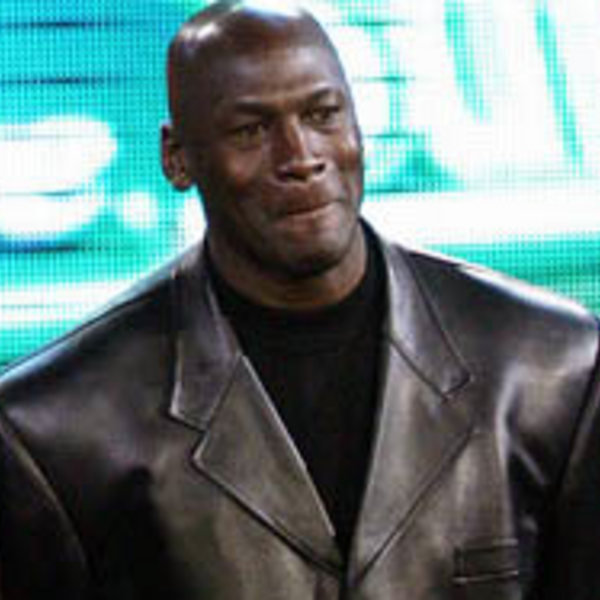 This week, Miami’s La Gorce Country Club gave His Airness, Michael Jordan, ye olde royal boot for wearing, golfing in for 12 holes, and then refusing to change out of his cargo pants. You see, Jordan’s bold fashion sense and preference for multiple, large pockets were both in direct violation of the club’s dress code — he must’ve missed the dutiful skywriters tracing and retracing “NO CARGO PANTS” in the Florida sky above the course 24/7.

Thing is, Jordan, a junior practitioner of Shaq Fu, has a long, denim-filled history of poor clothing choices and it's never caused a problem before, even when it should have. Since there is no What Not To Wear: NBA Edition, I'll play Stacy London and Clinton Kelly's fashion police to Air Jordan's wardrobe's infected eyesores.

Where it should've gotten him banned: Chess tournaments, the Museum of Modern Art, a nude beach for the colorblind.

Why it’s a terrible outfit: The monochromatic look is tough to pull off, and largely only makes sense if you’re in a Cure cover band. (Like this one, The Cured.) But Michael Jordan’s repeated brash outspokenness against New Wave and it being “not real music” would clash almost as much as a brown belt and khakis with a shirt juxtaposing black and white so starkly. Almost.

Why it's a terrible outfit: Anywhere he goes, his head is going to look Photoshopped onto his body. I mean. Look at it. Even his body language here practically shouts, “Yeah, this is pretty terrible, but my oversized denim button-down shirt and denim Kangol cap were both in the wash.”

Where it should've gotten him banned: Teletubbies conventions, the hottest runways in Paris, any of the countries participating in Live 8.

Why it's a terrible outfit: It's not terrible, if “I'm a walking thumb in a glove with a hole in it” is what you're going for. Oh. Jordan's publicist has just informed us this is what Jordan wears to go shop for more clothes at Aldi's. Yeah, I didn't know Aldi's sells clothes either.

Where it should've gotten him banned: Two and a Half Men's wardrobe room (circa 2010), Sesame Street (the actual street), TED Talks, any Arby's.

Why it's a terrible outfit: This exact same outfit has caused Michael Jordan's showing up unexpectedly at kickball games in Charleston, South Carolina and bartending at Austin's Shangri-Las during SXSW has mistakenly caused bloggers to report him as a particularly jovial Bill Murray in blackface.

Where it should've gotten him banned: Major League Baseball.

Why it's a terrible outfit: Self-explanatory.

Where it should've gotten him banned from: Scott Gordon's bar mitzvah at the Hilton's.

Why it's a terrible outfit: It should go without saying, but it's completely tasteless: The wizard robe is concealing a pair of tacky, tacky cargo jeans. I mean, who needs that many pockets, really?

Welcome to Trumpcare! Find out if the AHCA Bill is right for you and your family! Warning: no pre-existing conditions or poors allowed.

In this episode of the beloved movie-review show ‘On the Movies,’ Luis and DeSanto discuss ‘Godzilla.’ 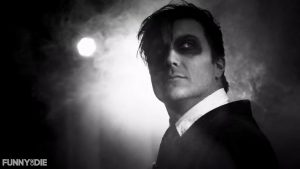 Kate makes Kevin wait to open his Christmas present, but Kevin has a hard time not peeking.