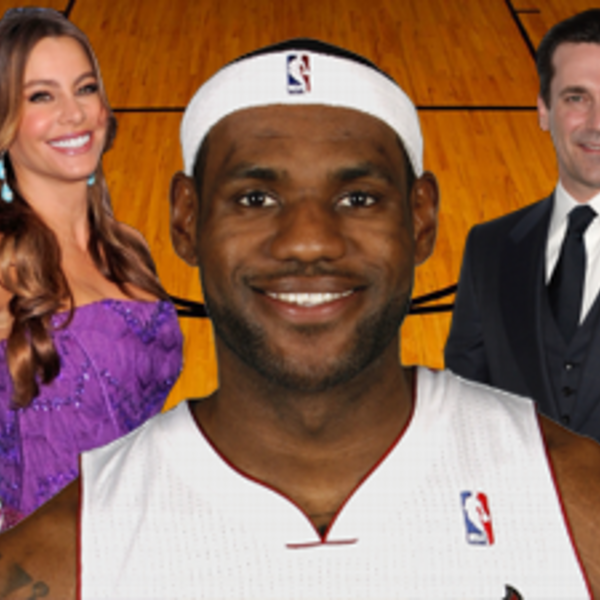 They're the defending champs whether you respect them or not, and they're built to keep racking up trophy after trophy (Emmys or Larry O'Briens).

Prediction: 12-year-old boys will keep obsessing over #HeatNation and that oldest Dunphy girl.

Incredibly successful hot mess. One clear star and a colorful supporting cast. Putting way too much attention on them just makes them stronger.

Adorable squad of college graduates and awkward white people. You’re shocked that they’re any better than ‘meh”. They’re driving your Midwestern aunt to new levels of excitement-misspelling on Facebook.

Prediction: Quick exit. The only style lamer than multi-cam is multi-Hansbrough.

A celebrated master of rocking the mic built this scrappy New York success story as his labor of love. It’s hip as hell, and it’s buzz-marketing black shirts.

Prediction: Louis CK will sell his share of 'Louie' to become a sports agent.

They’re a shadow of their franchise’s truly great years. The star that made them worth watching is out. Everything about this should scream ‘donezo”…yet somehow, on certain nights, they’re the best in the league-zo.

Prediction: Watching YouTube highlights of their glory days is SO much more fun than watching their current scrubs play out the stretch.

They’ve been solid for a while but you’d be shocked to meet somebody who never misses a broadcast. They will never win any trophies, ever.

Prediction: See above. Also, FYI, the Cavs are 'The Cleveland Show'.

They’re a shell of their former selves, but try telling that to the superfans who think this is the specialest most magicalest group of best buds to ever go streets ahead ubuntu.

Prediction: They won’t go away without making your social media experience intolerable.

These guys would fill up your cable box if you set it to DVR all showings of ‘Mediocrity”.

With two of the best leading men in the business and tons of exciting twists, this is a lot of fun to watch. Also it’s based in a rando desert city instead of somewhere cool like Seattle (Frasier).

Prediction: Whatever happens at the end will be a huge surprise.

Dominant for years, led by the game’s classiest star, and consistently finding new role players who can carry them any given night.

Prediction: Matthew Weiner’s totally ga–wait, sorry, this is supposed to be a basketball prediction, right? Um…fundamentals.

So these guys! Yeah! They’ve got millions of fans who keep coming back, so…yes. Undeniably a thing.

Prediction: Mountain Time will continue to be the USA/TNT of time zones I watch things from.

A ‘Lob City” highlight reel is the basketball equivalent of every zombie kill (lots of boring and overrated stuff around it but then OH SH*T THAT ALLEY-OOP!!!!!).

Prediction: F**KING AWESOME failure to get past the first round. Also for some reason there’s a guy with a crossbow even though this is 2013.

The few people who got into this love it. Then everything about it changed late this season, and the fans aren’t sure whether to stick around or bail.

Prediction: This will still beat watching other Showtime hits like 'Dexter' or 'Californication' or 'The Renaissance If Everyone Was Fuckable'.

Their fans make them trend on Twitter some nights, and their key talent is from more recognizable stuff (Django Unchained, Grey’s Anatomy, that one bracket Davidson busted).

Prediction: ‘Kerry” remains a popular girls’ name, and a grown man who dropped 54 on a playoff team continues to go by ‘Steph”.

Seriously? You’re still watching this Hollywood garbage? After everything that’s happened with it? Despite everything else you could watch instead?

Prediction: People like you are why 'Khloe & Lamar' outlasted 'Dollhouse'.

‘So there’s a little guy nobody believed in till he took over the world, and a great warrior with a crazy beard, and a scruffy white guy who’s a breakout star, and a giant who doesn’t speak much English, and [two more hours of backstory].”

Prediction: Chandler Parsons does not win the Emmy for Best Supporting Actor. 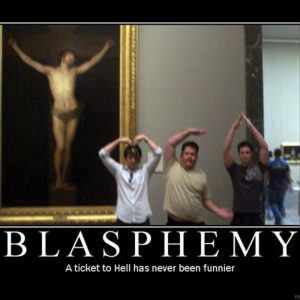 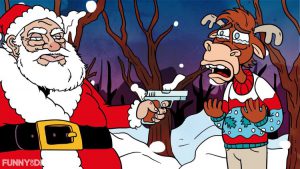 An elf finds himself in a sticky situation. Another elf reveals what he truly wants for Christmas. Santa gives Donner a retirement present. Here at Magic Hats – we sell magic hats. Skits: Yule Tongue Carol; All I Want For Christmas; Donner’s Crossing; Magic Hats 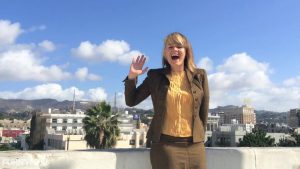 Amanda sends a video back home to mom and dad showing off her new job. 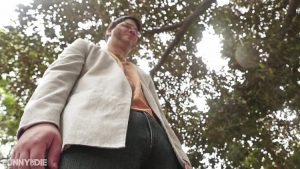 A PSA from The Gunfordmay 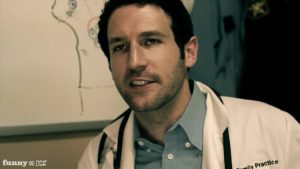 David O’Brienbaum is not just a doctor… 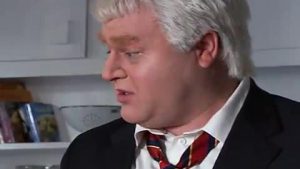 Check our more Frank videos at http://www.havethetalkamerica.com. Frank Caliendo impersonates John Madden in a short skit where he “helps ‘ a father and son “Have The Talk ‘ and professes his love for #4.