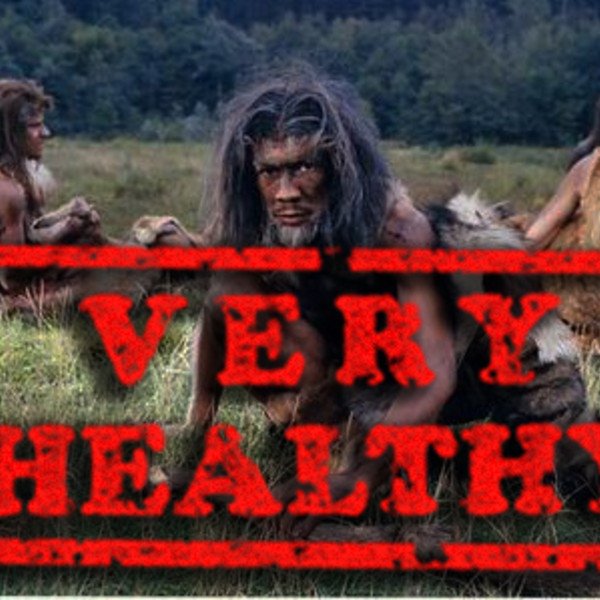 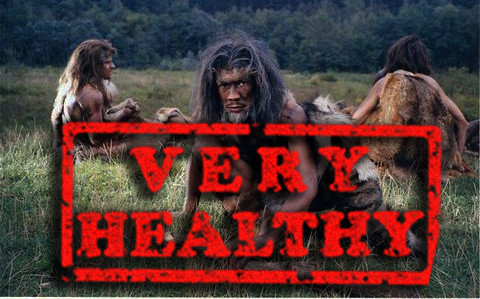 We’ve all heard of the trendy diets. Atkins. South Beach. Oreos Only. But none of them work. Also in most cases they seem to kill you.

But the Paleo Diet is more than just a trendy diet. It’s a trendy diet that’s popular right now. And it works. How do I know? Simple. I’ve never seen a fat caveman. Just yesterday I went to the Natural History Museum in New York City and none of the cavemen I saw there were fat. In fact they were all thin, fit, and statues.

And yet, like any diet, it’s hard. In this grueling global economy most of us have jobs that force us to sit at a desk for up to one and a half hours. Something a caveman could never handle. So to help you get started we’ve answered the top ten frequently asked questions about the Paleo Diet.

The Paleo Diet consists of meat, vegetables, fruits and certain kind of nuts, because cavemen only liked certain kind of nuts. They did not like peanuts. So you can’t eat peanuts. They did like almonds, but only a few almonds every day so you can only have a few almonds every day. Like the caveman. Also they didn’t like corn, so lay off on the corn. Drinking olive oil and eating raw fat is encouraged.

It can be confusing, so we’ve included this handy chart to help you remember what you can and can not eat: 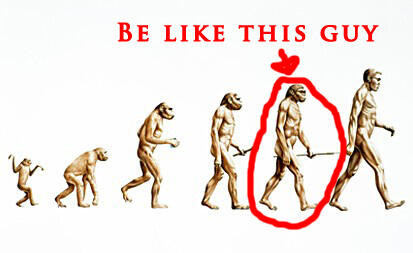 2. Why the Paleo Diet?
Our modern diet, full of trans fats, sugars and salts, is the root of many modern ‘degenerative diseases’ such as diabetes, obesity and HIV/AIDS. We are the descendants of a hunter-gatherer society. For thousands of years humans survived by eating only the things they could kill and forage: vegetables, animals, and Doritos on your cheat day. It’s time to go back to our genetic roots.

5. I really want to eat a Quizno’s Sub, but I know that cavemen didn’t eat subs. Am I allowed to build a time machine and travel back in time a hundred thousand years and start up a Quizno’s franchise so that I can start selling cavemen Quizno’s and then because of that I will be retroactively allowed to also eat Quizno’s?
Yes. That is allowed in the Paleo Diet.

6. What if I can’t give up my bread, pizza or beer?
Bread is only allowed on the Paleo Diet if you refer to it as ‘Caveman Bread’. Now it is a bread FOR cavemen. Same goes with Caveman Pizza, which is now pizza for cavemen. Beer is fine regardless. Look at a picture of a caveman and tell me that dude wouldn’t drink beer.

7. You’ve really never seen a fat caveman? What about Fred Flintstone?
Fred Flintstone was fat. But he was fiction. Don’t be an idiot.

8. Can I eat Dairy?
No. All cavemen were frightened of cows.

9. Aren’t I going to be eating a lot of fat?
Yes. But the GOOD kind of fat. The Paleo Diet makes a clear distinction between what is a ‘Good Fat’ and what is a ‘Bad Fat’. ‘Good Fats’ found in oils, meat and nuts include monounsaturated fat and polyunsaturated fat. In processed foods live the ‘Bad Fats’: saturated fat, trans fat and Guy Fieri. Cavemen knew all of this.

10. Why will I lose weight doing this?
The human body is very mysterious. It’s an ongoing argument between dieticians about what diets work, how often you should eat and whether or not you can trick your metabolism. There’s no definitive ‘proof’ that any diet works. That being said, it’s pretty hard to find food doing this diet so you’ll lose weight.

Remember the Paleo mantra: Trendy diets come and go but a caveman will live forever.

I need this on spotify 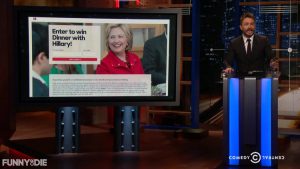 Jim Norton, Jim Florentine and Bonnie McFarlane wonder what entrees guests will be served when they have dinner with Hillary Clinton. Watch full episodes of @midnight now — no login required: http://on.cc.com/17MOT5T @midnight with Chris Hardwick airs weeknights at 12a/11c on Comedy Central. 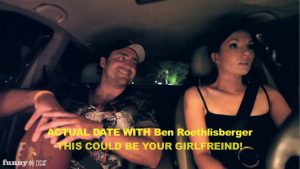 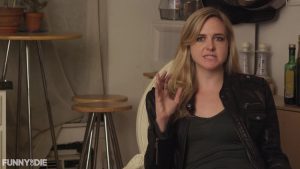 When you’re roommates with someone, there are certain things you need to agree on. Like for Meg, a musician and one of Tess’s best friends, she believes that at 7 A.M. everyone in the world should be asleep. 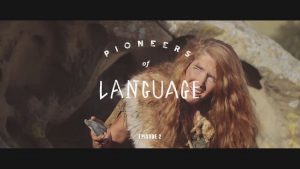 Share these tweets with your friends, assuming you still have some.