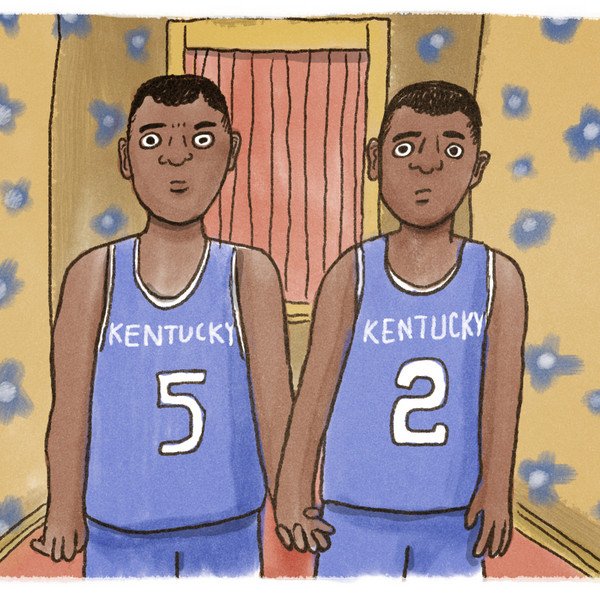 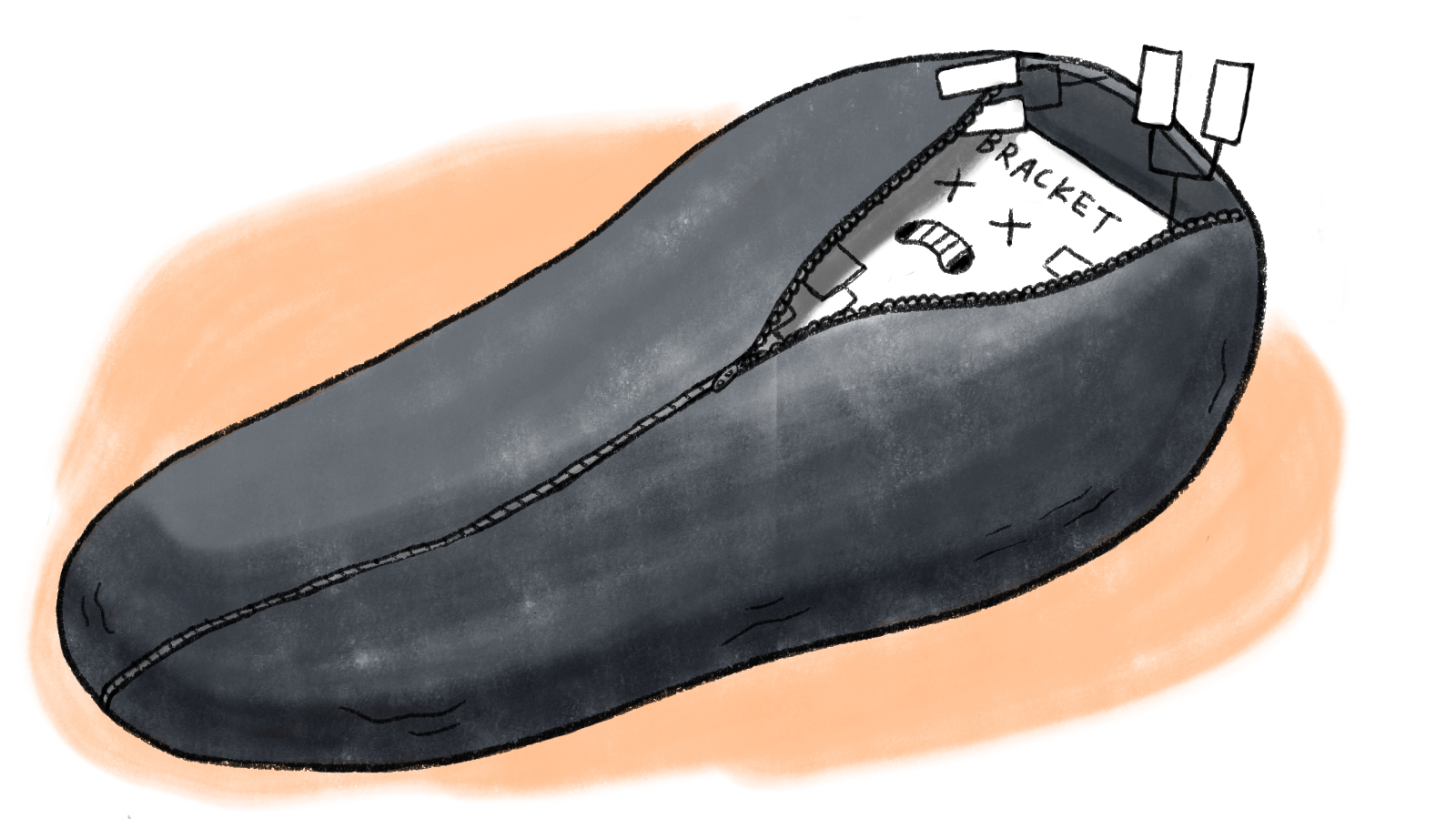 Well, it’s over. Your bracket’s dead, if it were ever truly alive. It did not die peacefully, either. It was a painful death. A fucked up death. But it’s not all your fault. This was one of the most fucked up tournaments in fucked up tournament history ‘ a 7 and an 8 seed battling for the trophy? Are you fucking kidding me!? Somewhere on a private island Warren Buffet is bathing in a steaming bath of a billion dollars, and he’s laughing at our collective hopes of guessing this year’s bracket even remotely close.

But who gives a shiny shit? The tournament is finished as are your dreams of winning a bracket or even doing respectably. Let us analyze the final steps of your bracket’s demise. 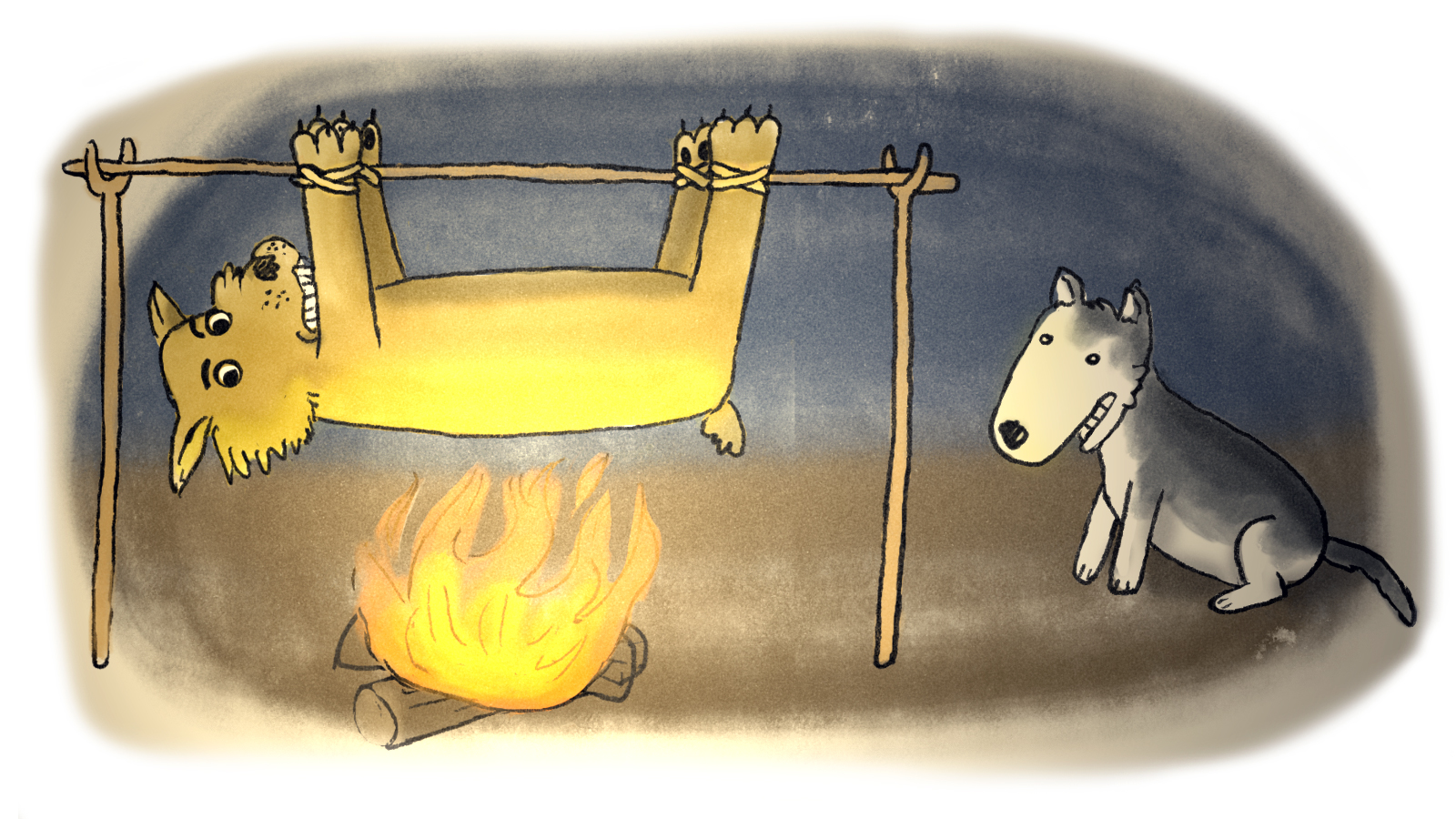 Those dogs of Connecticut decided to cook up every thing on your bracket, including the Wildcat Special. They salted your freshest picks and put them on the grill. Although it was an act of pure bracket-fuckateeringness, I must say I was intrigued, as I’ve never seen a dog eat a cat before. I’ve seen them bicker, and I’ve seen cats toy with dogs’ emotions, but I’ve never seen one eating the other. Had to happen sometime, I guess. And it happened all over your bracket. 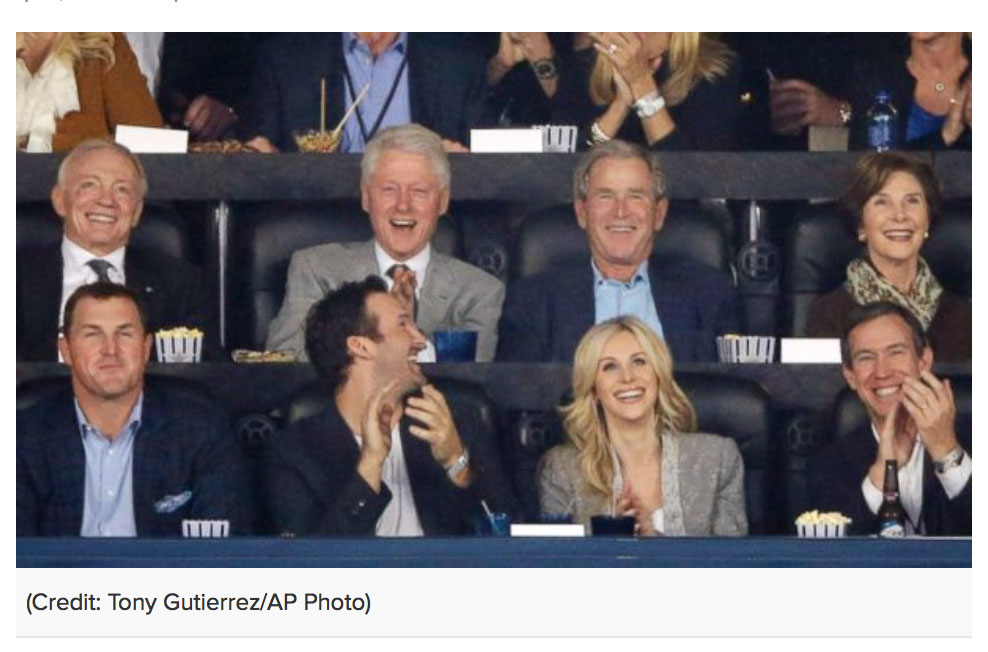 When it comes to fucking up your bracket, I’m not talking about their presence at the game. I’m talking about their shared 16 years of Oval Office work that surely affected the outcome of your bracket. If it were Dole, Perot, and Gore up there, your bracket would have been perfect. WHO’S TO SAY YOU ARE WRONG? God, you wish Bob Dole was President. You wish it EVERY DAY. DOLE/KEMP ’96 4 LYFE.

3. Your General Sense of History

This should be the number-one reason your bracket is so fucked, but straight-up facts deserve to be buried a little. This was one of the rarest Championship matches you could ask for, as at least one no. 1, 2, or 3 seed has been in every final since 1985. The combined number of seeds this year (15) is the lowest ever. That’s why your bracket’s fucked up ‘ you didn’t think something historically new like this could ever happen, ya beautiful ding bat! 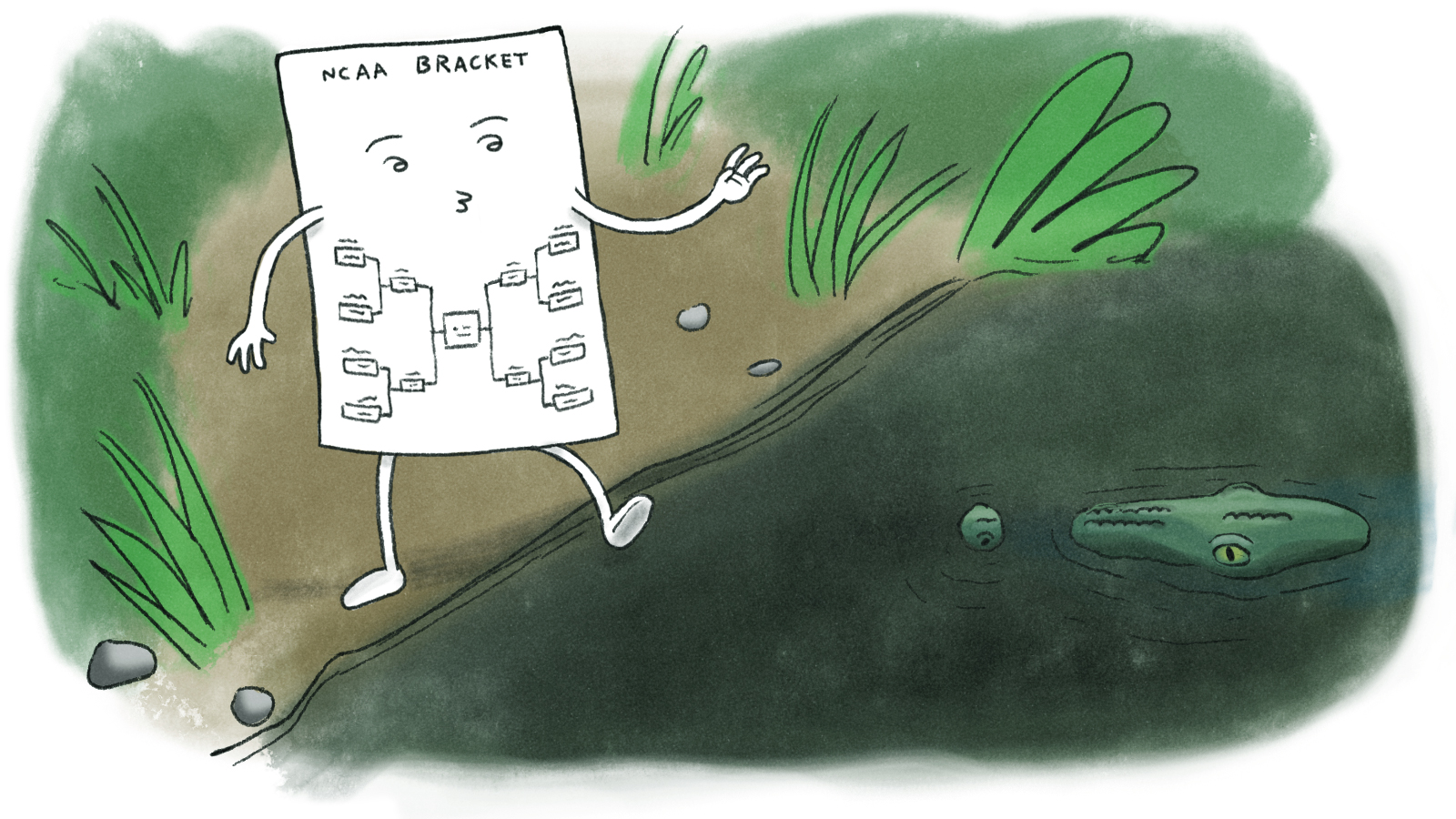 Those Florida Gators were supposed to save our brackets. Sure our brackets were fucked up six ways to Saturday, but a Gator win would put everything back in it’s rightful untucked place. But then the Gators spotted our bracket, saw an easy meal, and ate our brackets while simultaneously drowning themselves. A sad end to an animal I like to think of as dinosaur-yorkis. 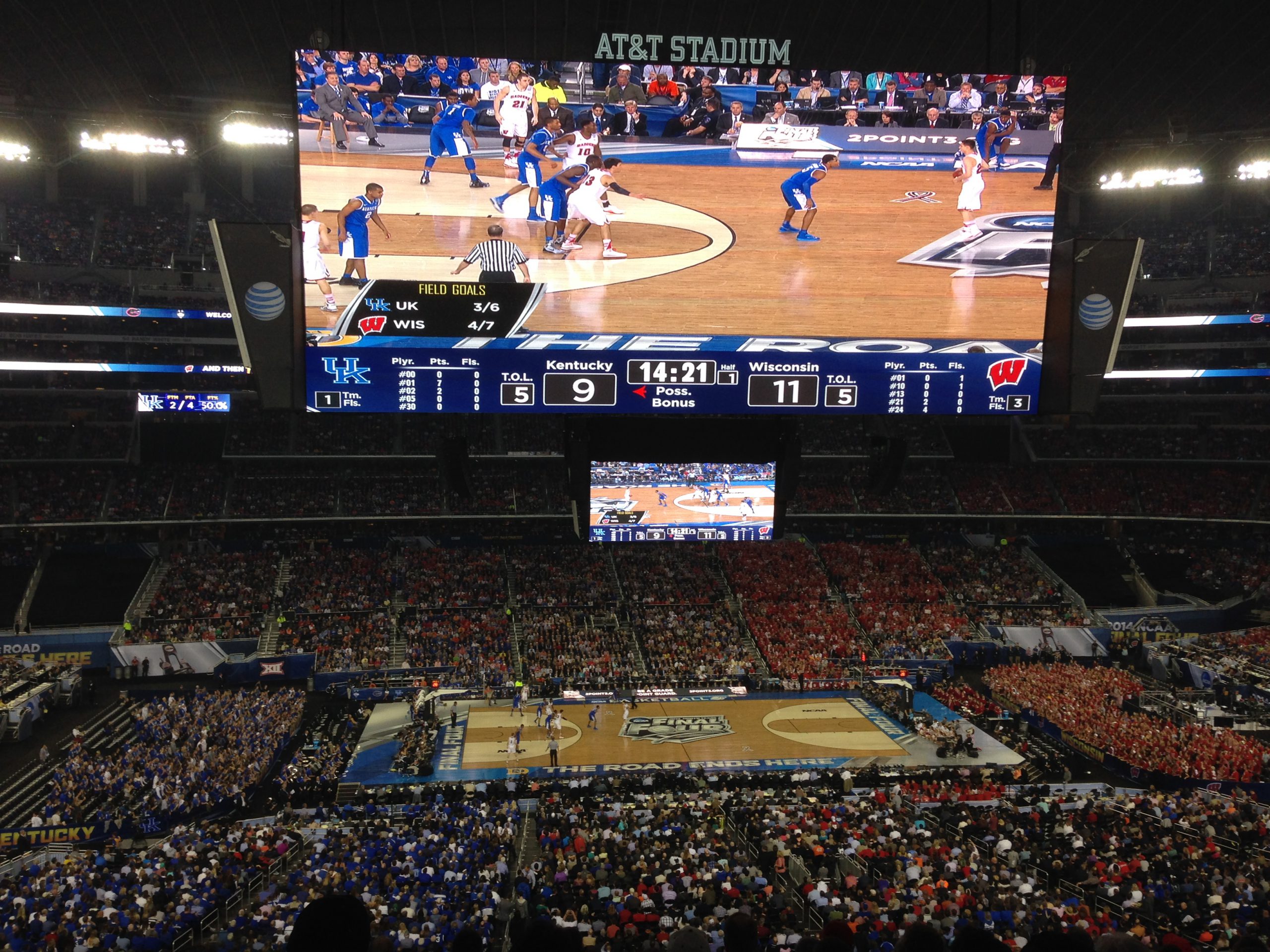 When you are in the presence of a TV that blue whales would call ‘pretty good,’ you’re going to throw off some brackets and fuck 'em up. Standing helplessly in the AT&T Stadium with that giant screen ‘ those poor kids couldn’t help but look up at themselves looking up at something. There’s no way bracket-friendly basketball will be played in such a screen-heavy environment. 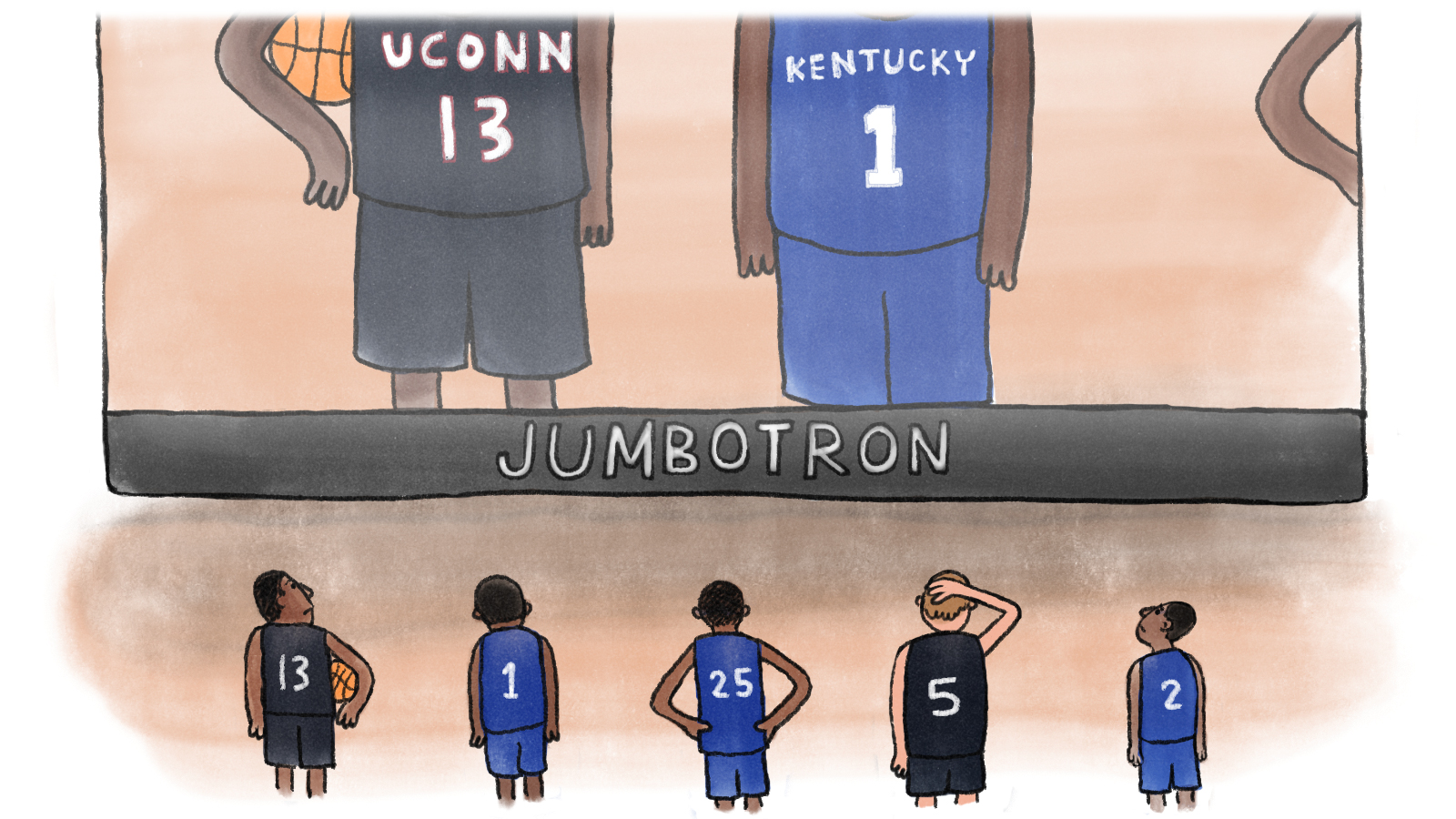 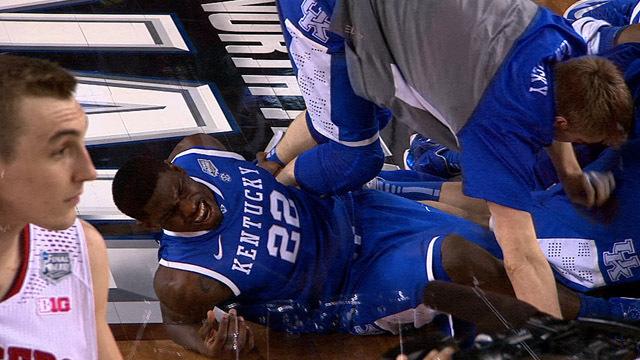 Injuries happen. But injuries that happen when you are celebrating a chance to play in a championship game are reserved in the annals of most-fucked-up-stupid types of injuries. Sure this guy ended up playing ‘ but his team lost. Who knows, your bracket may have survived if that dog pile was a handshake circle or a back-slap square instead. 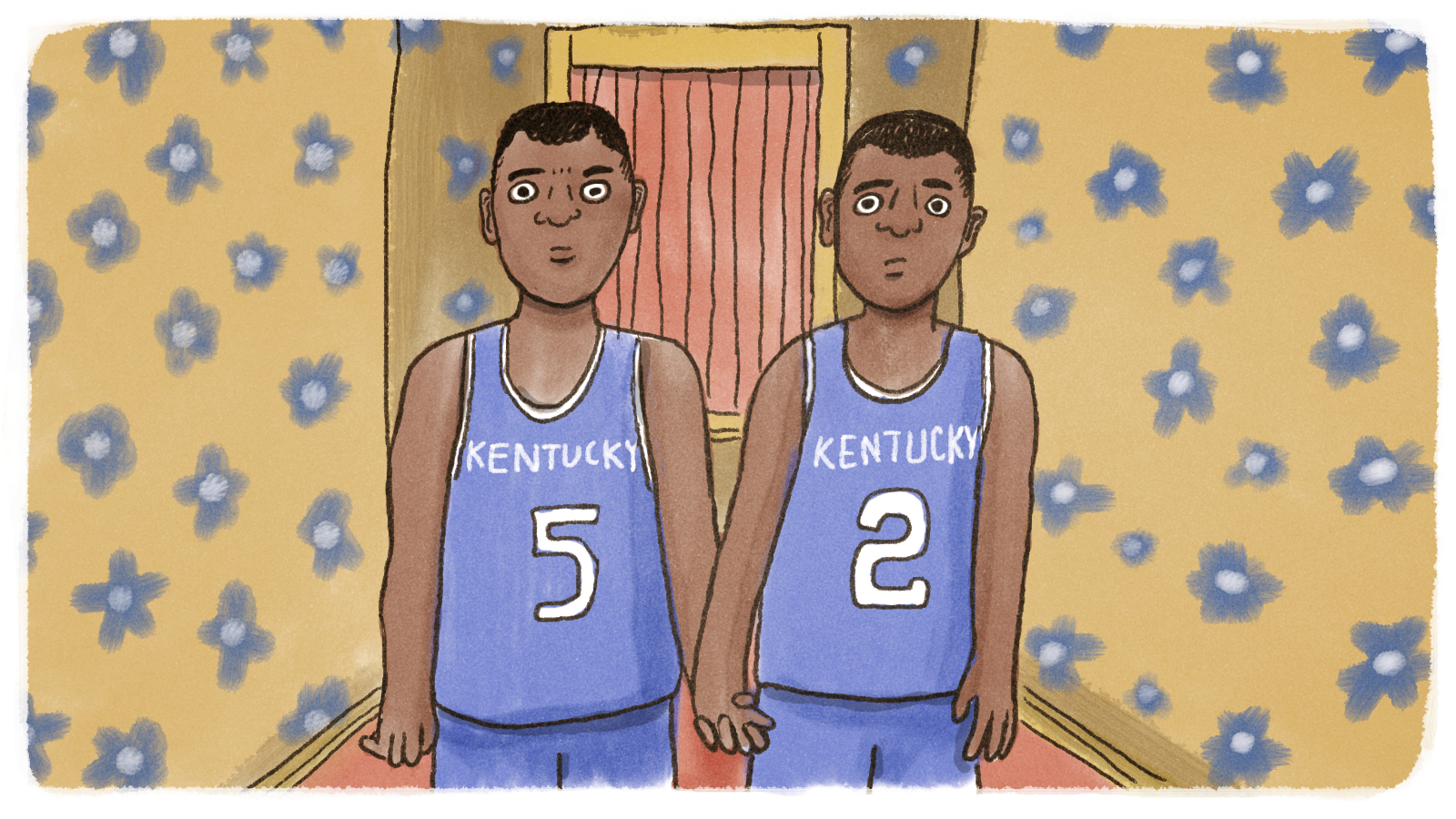 Twins, dude. When you saw twins on that Kentucky team you knew this tourney was voodoo’d to the max. Twins on the same sports team are a sign of the colors of the universe running slightly together ‘ the black cat is repeated, the comet is in the night sky, your bracket was fucked up by the gods from the get go. Twins aren’t a bad thing, but they are a bracketological disruption, one that has been proven by my proven science of speculation. Even though these twins lost, their mere presence was enough to mess up the feng shui of your bracket.

They fucked you from the beginning because you never know what freshmen are bringing to the table. Will they gel? Will they freak out? Do they know all the nicknames for campus buildings yet? Do they ever sleep? Then they show their stuff, and you are impressed, only to get to the big game and get psyched out by the sights (see Huge TV, Clinton, Bush, Elevated Floor) and sounds (louder cheers than usual?). So now they’ve fucked up your bracket in two spots ‘ their unknownness, then their known youngness.

9. Other Random Things That Fucked Up Your Bracket (Or Life at this point)

Your Plants Died Just Before You Filled Out Your Bracket: You watered them once a week like you were told to, but the little guys still died. You even whispered to them when no one was looking, because you read somewhere that talking to plants helps, so sexy whispers must really help. Well, whatever you said must have been the opposite of turning them on because those bastards shriveled right up, just like your bracket.

Marissa Called When You Were Filling Your Bracket Out: This goes all the way back to day one, moment one. Why did she call? Is she coming back? I, I mean you, couldn’t possibly have filled that out with the right mindset after that call.

The Elevated Floor: What’s with the floor everyone has to jump up on to? Your bracket was designed for NCAA men's collegiate basketball, not boxing with a ball.

Not Saving Your Thing: Well, maybe you didn’t do it, just this guy

As we drift off into the sweet haze of summer, baseball, and the NBA playoffs, remember, your bracket was fucked up this year, sure, but next year is another year. Another bracket, another time to watch your picks ignite in smoke. In the meantime, make love not war, make pasta not poison, and always be wary of twins.

Have you ever given your bae a back scratch and let things go a little too far? Just remember whatever you do, don’t stop scratching! 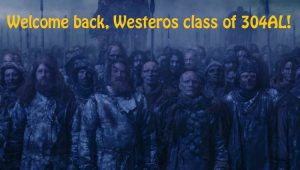 Complete with senior superlatives at the end of the recap! 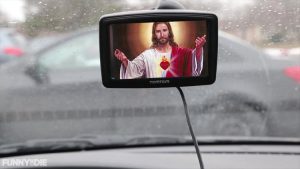 Jesus gets ratted out by some close friends 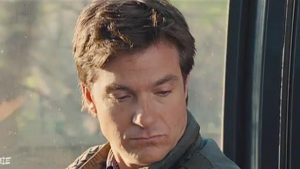 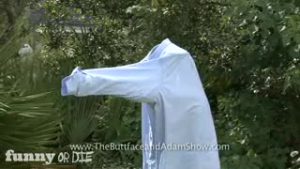 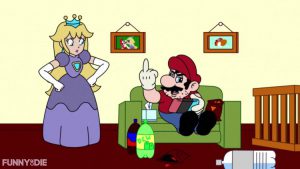