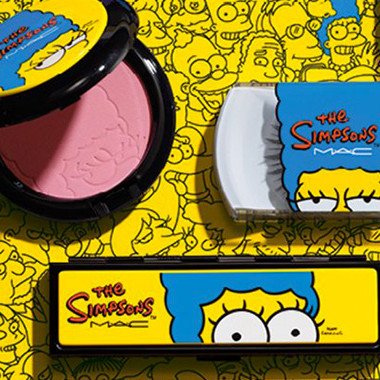 MAC cosmetics has been in the news recently for its unique pop-culture inspired lines of makeup. The company has released lipsticks, eyeshadows, and more inspired by the likes of Lorde, Kelly Osbourne, and Angelina Jolie in Maleficent, which are all real human people or played by a real human actress. Most recently Hollywood Reporter unveiled MAC’s newest release, a line to be released coinciding with San Diego Comic Con that includes nail-stickers, lip glosses, and lashes, all inspired by Marge Simpson. 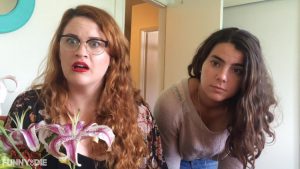 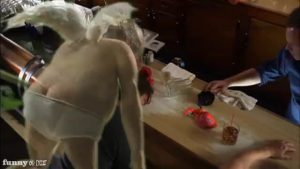 One Minute You’re Swilling Beer, The Next You’re In Front of St. Peter 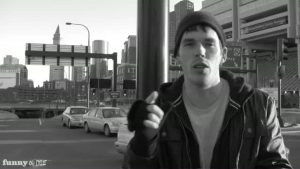 Finland’s #8 News Team: the only source you need for the U.S. election with the latest analysis of the GOP and Democratic contenders from a European perspective. 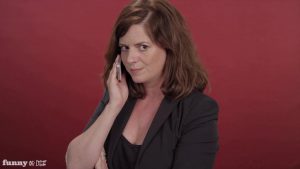 (featuring: Paul F. Tompkins & Patton Oswalt) Before Laura Linney…there was Janie Haddad Tompkins. A little known fact, Mrs. Haddad Tompkins was the original host of Masterpiece Classics (from 2011-2011) where she introduced everything from the burgeoning hit DOWNTON ABBEY to low-rated reruns of I, CLAUDIUS. Following some “creative differences” with PBS, Mrs. Haddad Tompkins was replaced, unceremoniously, by Laura Linney — her PBS legacy lost to the world. Several months ago, outtakes were leaked of Janie hosting Masterpiece Classic (seen HERE: http://www.youtube.com/watch?v=_KfQ2EjWRgA). This current video shares the story of her plight. She has suffered a gross injustice at the hands of PBS, Laura Linney and the director in residence, Joel A. Spence. She has hired a lawyer to restore her to her rightful throne. Please share her plight by spreading the word about this SHOCKING TELL ALL VIDEO and help to #RehireJanie!!! Find Janie (@janiehaddad) at these places: https://twitter.com/janiehaddad http://www.imdb.com/name/nm2196900/ https://vimeo.com/lebaneselooker http://janieandaaron.buzzsprout.com/ https://itunes.apple.com/us/podcast/janie-aaron-does-hollywood/id528986350 https://www.facebook.com/JanieandAaron http://stitcher.com/s?eid=19223322&refid=stpr http://davidfeldmancomedy.com/ http://itunes.apple.com/us/podcast/david-feldman-show/id321997239 http://pft.libsyn.com/ http://itunes.apple.com/us/podcast/the-pod-f.-tompkast/id385372276 http://itunes.apple.com/us/podcast/this-week-in-mad-men-video/id384863996 http://thisweekin.com/thisweekin-mad-men/ http://www.earwolf.com/guest/janiehaddadtompkins/ http://www.funnyordie.com/janiehaddad

It has recently been reported that the rapidly melting polar ice caps are decreasing the amount of gravity. With this unforeseen news, scientists ‘ projections of the future have taken a turn for the worse. What could this mean for us?