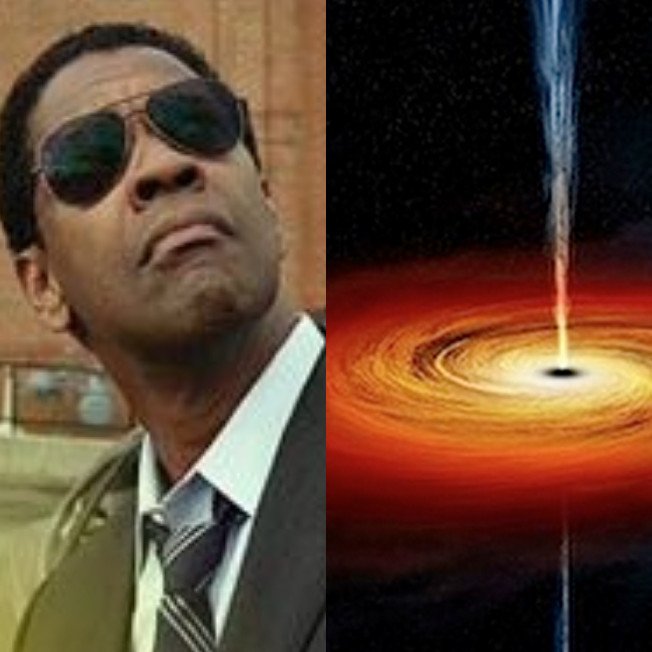 Hi, I’m Denzel Washington. This has nothing to do with acting, but who knows, maybe it does?

Recently this physicist says she has proof black holes don’t exist. A lot of scientists disagree, saying there is a lot of evidence out there supporting black holes. I’m on their side. I really think black holes exist a lot.

Before I prove to you why I think they exist, let me first tell you the science definition of a black hole. Black holes are spots in space where light can’t escape because the gravity is so intense. They are also places where you can travel through time, get ripped to pieces, or just kind of hang out for all eternity. That’s the beauty of black holes ‘ they’re whatever you want them to be.

Black holes have been around for a while, too ‘ since at least 1979. Know how I know that? Check out this movie poster:

That’s for a movie called THE BLACK HOLE! Made in 1979. There’s all the proof you need. In fact, that’s a big reason I know I think black holes exist ‘ they are all over the movies and comics and stuff.

Check out this photograph of Star Trek: The New First One:

Now Dr. No-Black-Holes, you tell me how they film that if black holes never existed. And don’t say you could just use your imagination. That’s what everyone says. Just think about it ‘ if there were no black holes he would have simply kept flying in space. No time travel, no nothing.

I know what you are thinking, which is this: ‘Denzel, but there are a lot of movies about ghosts, too, so are you saying ghosts exist, too?” No, I’m not, because in those movies people don’t believe in ghosts, and are always surprised when a ghost kills their friend or relative. ‘Oh my God, ghosts do exist!,” they say.

That never happens in black hole movies, though. They always believe they exist. If we never doubt black holes in movies, why doubt them in real life? I think about black holes a lot, and I don’t think, ‘Are they real?” like I do with ghosts. I only think, ‘I hope I never fall in one.” (Not a ghost, a black hole, ha.)

And it’s not just movies that prove black holes, it’s also television. Check out this photograph of a Simpsons show:

There’s a black hole in the basement! Why else would Homer’s hand look like that? I feel like it’s so simple, and this doctor just didn’t watch any TV or movies. She must have spent her life doing weird, unfun math. I think I know this because there’s a lot of math in her report, but no photographs or paragraphs about movies like in my report here.

You may be wondering right now, ‘Denzel, if you care so much about black holes, how come you haven’t been in a movie with a black hole?”

If you truly thought that in your head, you caught me. I’ve never been in a movie that had a black hole in it (well, if you don’t count really deep bullet holes that look like black holes, ha), but that’s only because I don’t do space movies. Why? I’m pretty scared of space, partially because of black holes! I should love the news that black holes don’t exist, because I don’t want to fall in one, but it’s just so clear they exist I have to say something to people.

Want proof beyond movies? Well, let me ask you this, Space Doctor, if there are no black holes, how come it’s so dark in some spots up in space? I know some of that is just that there’s nothing there, but I bet a little of it has to be black holes. There’s your proof, I think!

Also, why would Stephen Hawking lie? He seems like a good man. 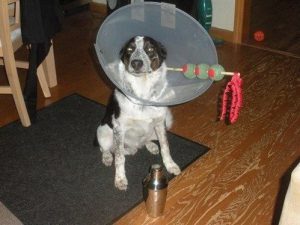 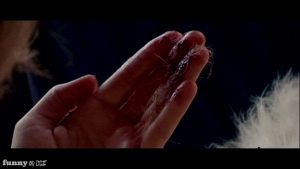 An epic showdown. A tragic fate. An ancient power. This is the legendary story of Il Gatto, The Kitty. 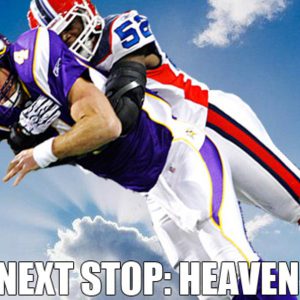 All the action. And by “action” I mean way too much time dedicated to Favre. 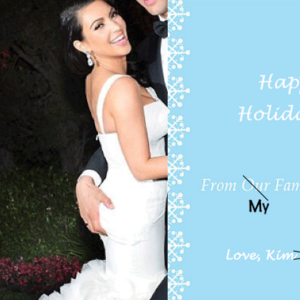 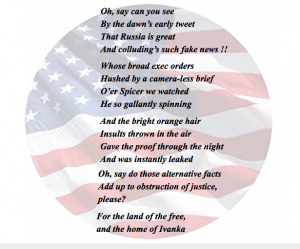