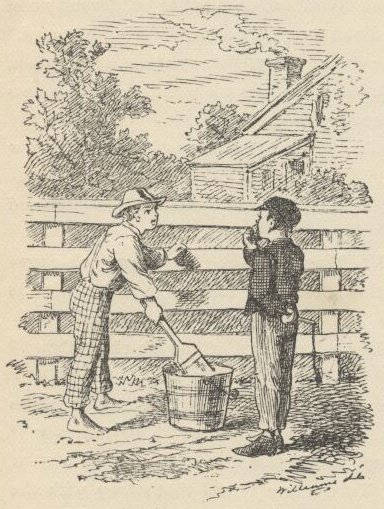 The United States has pledged not to commit ground troops to fight ISIS, but we would love for Turkey to do that. I imagine those conversations resemble Tom Sawyer tricking his friends into whitewashing a fence.

US: Not much, Turkey. Just having a great time leading air strikes against the Islamic State.

US: Almost as fun as it would be to commit ground troops to fight ISIS. We sure are jealous of whoever gets to do that.

Turkey: Well, you do have the most powerful military in the world, so that actually seems like a job for you guys ‘

US: Say, Turkey, don’t you share a contentious border with Syria that’s bleeding refugees and contains a threatened town?

US: What lucky fellas you are! You could commit some jolly ground troops and impose just the swellest buffer zone!

Turkey: Maybe we could, if the United States also committed to –

Turkey: Look, we are plenty scared of ISIS and we know something has to be done. But we don’t want to invade Syria on our own.

US: But it would be so swell!

Turkey: Then why don’t you want to do it?

US: Are you sure you don’t want to commit troops against ISIS? We will give you this bottlecap.

US: And several billion dollars.

Turkey: Fine. We’ll think about it. That is a pretty nice bottlecap.

US: Oh hey, allies in the coalitions against ISIS! Good to see you guys!

United Kingdom: Did you trick Turkey into –

United Kingdom: Uh, I mean, did you tell Turkey how jealous we all are that they get to invade Syria?

France: What a lucky NATO nation you are!

Saudi Arabia: What fun you shall have!

Turkey: Forget it. You guys are creeping me out. Maybe if the rest of you would get as serious about fighting Syrian dictator Bashar Al Assad as you are about ISIS, Turkey would be willing to commit our troops to help. 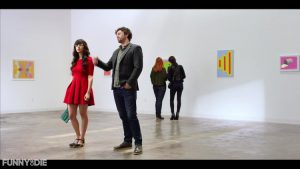 Toni Charline is joined in the munchies kitchen by Jonathan Van Ness (Gay of Thrones) to get high and make a snack Jonathan remembers loving as a kid, coffee can ice cream! 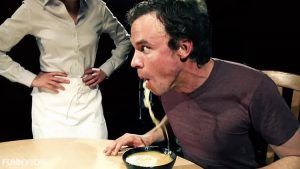 We’ll have the soup, backwards.

Coming soon to Showtime, the home of The Tudors and The Borgais, another new sexy, steamy show about the dark ages starring Robert Englund & Natalie Zea & Diora Baird who show us just how sexy those times were. 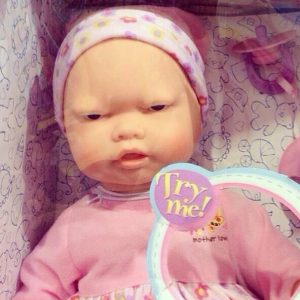 Baby Doll Keeps Egging You On 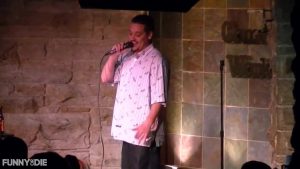