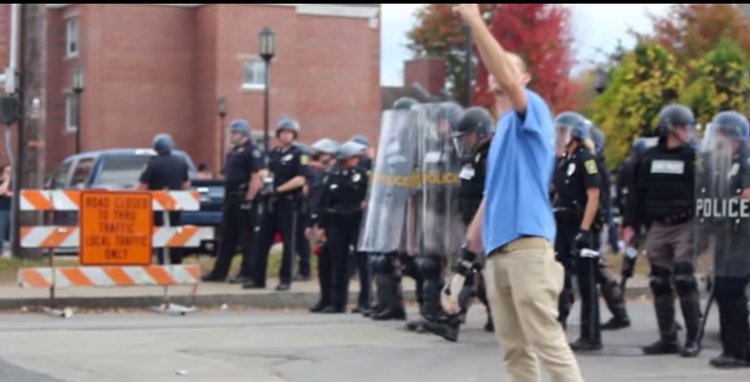 Who were these protesters? Were they oppressed people protesting for injustice? Yes, yes they were. They were largely white college students whose house parties were unjustly shut down due to noise complaints.

But the perfect justice of their cause is no excuse. After a terrible summer of police violence in Ferguson and across the nation, the lesson is clear: Police should shoot those pumpkin rioters.

The Keene PD are already using riot gear and pepper spray, but there’s no need to be shy. Like police departments all over the nation, Keene, NH, has a stunning arsenal of weaponry to be used against unruly crowds. They even have an armored BearCat vehicle, much like the one used by the Ferguson Police Department, which they requested specifically to protect the Pumpkin Festival. See? John Oliver pointed it out in August.

If they don’t bust that thing out, I will sue them for defrauding taxpayers.

Perhaps cops are also worried that it would be morally wrong to shoot these people. It’s hard to argue with that. Then again, look at this guy.

No big deal, just takin’ a selfie with the riot police, feeling very safe while ruining a nice pumpkin thing for no reason.

Here is something a protester pumpkin rioter said. “It’s just like a rush. You’re revolting from the cops ‘ It’s a blast to do things that you’re not supposed to do,” the 18-year-old man, who was visiting from Massachusetts, told the Keene Sentinel.

Again, cops, I am not saying you should shoot that kid. I am just saying that Darren Wilson claims Michael Brown grabbed his gun. It would not be hard to persuade people that fun-loving revelers like the above Massachusetts treasure grabbed your guns. I feel confident that if I stood next to that guy and said loudly, “Yo bro, you know what would be sick? If you grabbed a cop’s gun. YOLO,” he would do it.

So, to sum up: If the police are going to shoot a lot of black teenagers who are not up to much, if they’re going to gas and intimidate and injure a bunch of civil rights protesters, that is all fine, as long as they also use lethal force against a bunch of pasty, privileged, pumpkin-ruining assholes.

Think of the pumpkins.

License, registration and your friendship please. 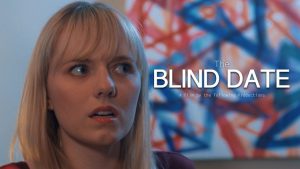 A couple sets up their single friend. 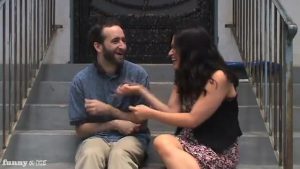 Do you often mistake casual, meaningless flirting for genuine romantic attraction? Then the new drug Flirtoproson may be right for you. 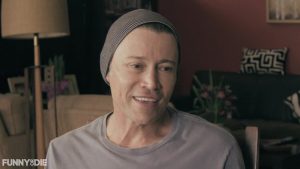 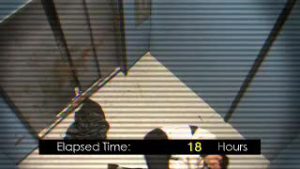 A MAN IS TRAPPED ON A ELEVATOR FOR 41 HOURS, WITH DIARRHEA. 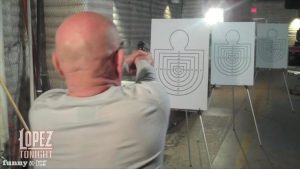