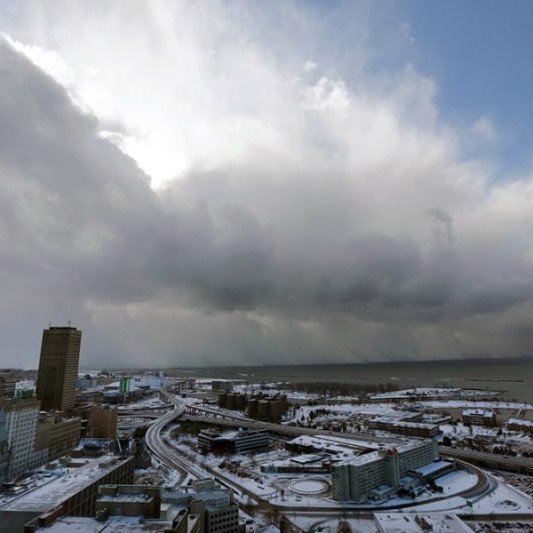 Shortly after last week ‘s record lake-effect snowfall in Buffalo, New York ‘piling up to seven feet in some places and crippling the region ‘the area is now under threat of severe flooding after a spike in temperatures caused a massive melt-off. Adding to these calamities are high winds, expected to knock down powerlines and cause even more damage ‘in other words, the Cosmos ‘ beta testing of the Apocalypse has been a resounding success! Here is an update from the Universe in regard to the impending end of the world:

Hello from the Cosmos! We are absolutely thrilled with how the small-scale beta testing of Phase One Apocalypse Initiatives played out in Buffalo, and we are pleased to announce that, starting sometime next month (date TBA), we are prepared to roll out the full-scale End Times Protocol to the entire planet!

The massive blizzards exceeded even our most conservative Devastation and Chaos projections, and the almost immediate increase of temperatures afterward designed to cause epic flooding via the accumulated snowfall went exactly to plan. But even we couldn ‘t have foreseen how these twin catastrophes, when coupled with gale-force winds, could combine to create a truly unlivable hellscape.

To respond to criticisms that Buffalo was already considered by many to be an unlivable hellscape prior to the Apocalypse beta testing, we want to assure you that, based on extremely detailed and accurate computer models, the same levels of ruination and mayhem would have been observed in much nicer places to live, such as Madison, Wisconsin and Austin, Texas.

We are also aware that only a couple of dozen people have died over the past few days due to our efforts, but this is simply a statistical anomaly relative to the small sample size subjected to the beta-testing. Trust us, when the fully conceptualized Armageddon Algorithm is finally set into motion, we expect to see those eradication-of-mankind numbers really skyrocket.

Additionally, due to the solid basis of destruction we ‘ve demonstrated in Upstate New York over the past week, we are now 100-percent confident that the Secondary Apocalyptic Phase Launch, including ‘but not limited to ‘constant massive tornados, raining frogs, thousand-year hailstorms, lakes of fires, 90-degree temperature swings, the dead rising again to walk the earth, etc. will proceed without any foreseeable delays.

Of course, we ‘re not popping the champagne just yet! Because we want the people of Earth to have the most complete experience in regard to the end of their existence, we ‘re working hard on several pre-Apocalypse features, tailored to instill unbearable primal terror. In the following weeks, you ‘ll be treated to blood-red skies, massive flocks of crows blotting out the sun, and terrifying, ominous silence that will force you to look deep within yourself, only to find a gaping void of futility and nothingness. But hey, we don ‘t want to give away all the surprises we have in store for you and everyone you know! And your pets!

So just be sure to keep an ‘eye” out (hint: bleeding eyes!) for more great work from the Cosmos!

The magic of Aladdin (Colin Hanks) is cut short with the loss of one of his most magical friends. 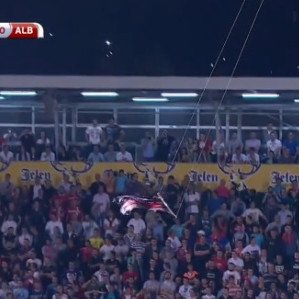 Does this happen in every soccer match?

In this segment of You Can’t Shoot Here, the Jon Benjamin Has A Van crew goes out to find out where you can and can’t shoot.

‘Impractical Jokers: The Movie ‘ is in theaters now! 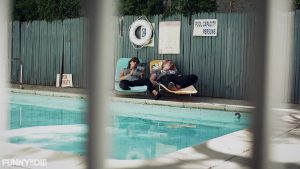 Annitsa and Jenna have nowhere to be today. 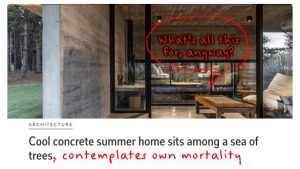