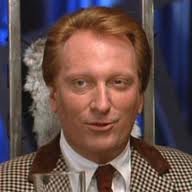 I won ‘t lie to you, Beetlejuice. When Lydia first started dating you, I was not impressed by your crude antics, your lack of personal hygiene, or your flippant comments. And frankly, I ‘m still not impressed. You called my wife a ‘barf bag,” Beetlejuice. I did not appreciate that. The fact is, I liked you better as a zany apparition who was trying to frighten me out my home than as my daughter ‘s boyfriend.

Lydia said I just ‘needed to get to know you better,” so I tried. Good Lord, I tried. And I ‘ll be honest: When you possessed all our bodies at Thanksgiving and made us Latin dance to that Harry Belafonte song, that was fun. But then you farted so loudly while we were saying Grace and then claimed to be suffering from ‘stinky crotch” ‘ well, that really cast a pall over the rest of the meal.

Can I be blunt for a second here, Beetlejuice? I ‘m concerned about your lack of stability. You ‘re asking to marry my daughter ‘ Do you have a job? Can you even hold down a job? Let ‘s say I got you some work crunching numbers at my friend Lou Friedlander ‘s accounting firm. How do I know you ‘re not just going to possess everyone there? Or fart?

Or possess everyone and then fart?

Or fart and then possess everyone? I don ‘t think I could put my reputation on the line for you, Beetlejuice.

And I ‘ll be frank again, Beetlejuice. I can ‘t help but worry that you ‘re only trying to marry my daughter so you can permanently possess her body and stop being a shape-shifting, undead ghoul. Do you even really love Lydia? I ‘m not so sure you do.

And I know you don ‘t like my wife ‘s decorating. It ‘s very modern. But you don ‘t have to be such a jerk about it.

Also, Lydia is only 14. Part of me thinks this whole relationship is disgusting. She ‘s going through a phase right now! She ‘s listening to The Cure and wearing all black clothes ‘ of course she ‘s gonna fall in love with anyone who can do that head-spinning-all-the-way-around-and-screaming thing you ‘re always doing! But I don ‘t need some zombie cretin giving my teenage daughter a bunch of horrifying, incurable, afterlife-STDs!

I ‘m sorry, that was out of line, Beetlejuice. You ‘re not a zombie. I can admit to that if you can admit that I ‘m not a “butt trumpet.”

Beetlejuice, I appreciate that you came to me first to ask for Lydia ‘s hand, but you are a disgusting, troublesome pervert, and also you ‘re a ghost ‘ all qualities I can ‘t excuse in a son-in-law. You can be as angry at me as you want for what I ‘m about to say, but Beetlejuice, Beetlejuice, BEETLEJUICE!

God, I hope Lydia doesn ‘t hate me for that. 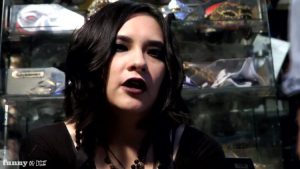 Paul Scheer fills us in on the real deciding factor of the presidential election. 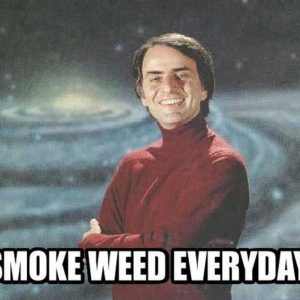 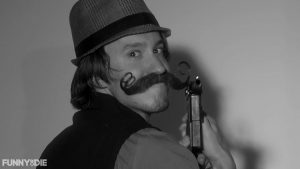 A tale of intrigue, mystery, coffee, and a the potential split-personality disorder of a man who may or may not be a detective. 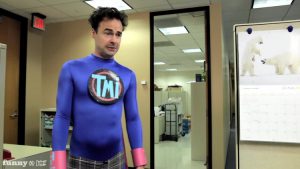 Look who’s up to no good again… 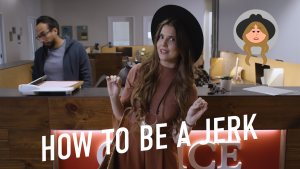 When you ‘re back to working in an office, you ‘ll be glad you took this course and kept all your jerk skills sharp. 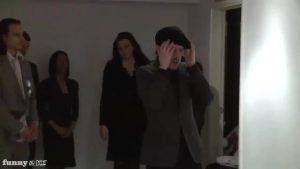 This week, the Mates find a little surprise on Hugh! Check out their own Home Art Gallery! Presented by Funny or Die and Pepsi Max! Follow the Mates @Mates_Vs and http://www.facebook.com/MatesVs