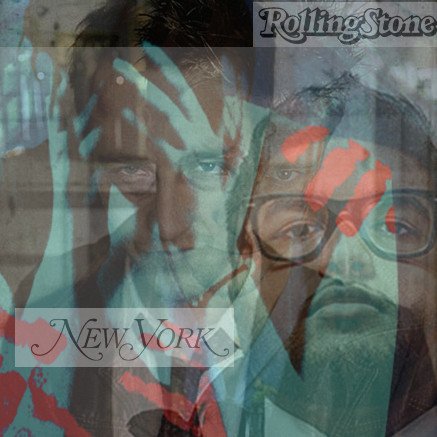 A widely shared story by New York Magazine about a high schooler who made $72 million trading stocks was found to be fake. Previously it was revealed that the troubling and hugely talked about Rolling Stone article about a gang-rape on the UVA campus made errors in journalistic practices that have called into question the validity of the entire story.

In the internet age, there is a premium placed on sensational headlines, high output of consumable content, and quick reactions to what is trending. But certainly some principles of good journalistic practices must remain, right? What are the rules of Web Journalism?

Two sentences into reading the first draft of my latest article, I see my editor ‘s eyebrows reach for his receding hairline. He doesn ‘t know the material I ‘m reporting on, but he also isn ‘t going to take the time to make sure that I do. In journalism the rule used to be if something sounded too good to be true, it probably was. Check your sources. A false positive is one of the most dangerous things to unleash into the world. Investigate. But those days are gone. This isn ‘t journalism. This is Web Journalism.

You can click on thousands of clearly bullshit article titles every week and never get sick of it.

My editor ‘s not stupid. Somewhere in all of his years of experience, something is telling him that this story is too good to be true, which is a nice way of saying it ‘s false. He doesn ‘t want to post it. But now the calculation he ‘s running is how many clicks we ‘ll get before we have to run the retraction. The apology. How many more clicks the apology will get, linking to the original story with a juicy addendum, deferring blame to our sources for being liars. As if our sources were holding a gun to our heads and demanding we run the story and place ads by it.

‘If we don ‘t run this soon, the Post will.” He nods. He doesn ‘t know what ‘Post” I ‘m talking about and it doesn ‘t matter anymore. Whatever Post it is will post it on Reddit and Facebook and Twitter using the fake user accounts they use to artificially gain organic buzz around whatever story they ‘re trying to make go viral, or more likely whatever viral story they ‘re trying to ride the coattails of today.

We have to move fast.

Every second we pause to reflect on what we ‘re doing is a thousand clicks we ‘re missing.

It ‘s not a flaw of the system that the lies get clicked on more than the truths.

‘High schooler made $72 million dollars in the stock market. That ‘s an unbelievable amount?” he says and doesn ‘t look me in the eye. His intonation makes it a question but I ‘m not going to answer the question he ‘s really asking. ‘That ‘s why I describe it as an unbelievably high amount.” Technically, we aren ‘t lying. You can ‘t go to hell on a technicality.

It ‘s the design of the system that the lies get clicked on more than the truths.

I ‘m standing up now. I ‘m indicating that we need to move fast on this. Let ‘s go, old man. Give me the go ahead and I ‘ll publish this. I ‘m not even going to write a second draft. If there ‘s a typo, it ‘s that much more likely that someone will comment telling me that there is a typo, which just increases our engagement metrics and our overall SEO placement.

The third rule of web journalism is that when someone makes a factual error, a grammatical mistake, or an outright lie, it will get commented on and shared.

Look at this dumb post I found! Let ‘s put them in their place by giving them some ad revenue for their transgression.

‘You say he showed you a bank statement?” Did I write that? I don ‘t even remember anymore. That seems like a strange thing to request a teenager to do. But I nod. Later it will be our word against his. ‘I believe that at some point I use the word ‘rumored, ‘ so I think that should cover all our bases.”

The fourth rule of web journalism is that sources are optional.

We ‘re posting rumors about rumors. You can ‘t fault us for that. It ‘s like that Hunter S. Thompson quote, ‘I never said he was. I said there was a rumor in Milwaukee that he was. Which was true. And I started the rumor in Milwaukee.” See? Gonzo Journalism taken to the next level. Hunter would be so proud if he were alive to see what journalism had become.

‘Were they really eating apple juice and caviar? I mean, that sounds like a caricature of what Richie Rich would order at a restaurant.”

Or maybe he ‘d shoot himself in the head again. That ‘d be better for us, actually. ‘You ‘ll Never Believe What Hunter S. Thompson ‘s Reanimated Corpse Did – Again!” Click through for the graphic photos after the break. That counts as two page views for us.

My father worked in finance, so he had a job that only cared about making money. So of course it was really important that I get a job that was about something more than that. A job with integrity. So after I studied journalism in school, accumulated a huge debt, and got a low paying job as a web journalist, I called up my father and said, now what?

The fifth rule of web journalism is that it is all promotional content.

Our advertisers don ‘t care if you ‘re hate-reading our article. It counts all the same to them.

I see a bead of sweat running down my editor ‘s long forehead. He ‘s having a crisis of faith. He ‘s trying to adapt, to stay relevant, but it ‘s breaking him to do so. ‘You know, it ‘s just with the Rolling Stone thing recently ‘” He trails off. So what that Rolling Stone gave a decade ‘s worth of ammunition to rapist apologists and men ‘s rights activists while simultaneously shirking responsibility by blaming their source? They ran a hugely popular article and kept up the momentum with a widely linked to faux-apology. They didn ‘t strike out; they hit a two-run homer.

The sixth rule of web journalism is that there is no integrity.

We ‘re not your mother and it ‘s not our job to give you vegetables when what you really want is candy. For a while we tried to give you the option of salad or sugar. We tried to let you make the choice. But you chose the sugar every time and the people who kept making salad started to go out of business.

‘I guess this is good to go then. Should get a lot of eyeballs. Let ‘s publish it. It ‘s a fun fluff piece.”

I stare at my editor and I wonder if there is any etymological connection between ‘fluff piece” and ‘snuff film.”

The seventh rule of web journalism is that it ‘s all fluff.

We nod to each other. I return to my desk and post the article.

Later, my editor will ask me how I find all of these unbelievable stories.

According to my editor, there are fewer and fewer journalists in the journalism business, and more and more, well, he ‘s not sure what. But more and more of something else.

The road to hell is paved with good technicalities.

The eighth rule of web journalism is that if it ‘s too good to be true, you have to post it.

What are we then, editor of mine, if we ‘re not journalists? I ‘ll tell you.

We ‘re the all singing all dancing crap of the world.

We are Web Journalists. 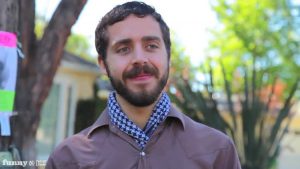 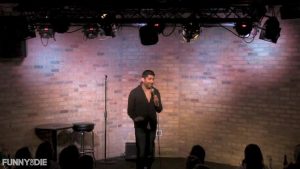 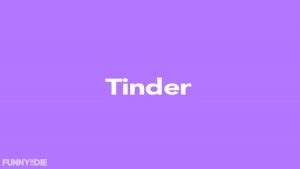 Jeff discovers a new button that turns into an international adventure! 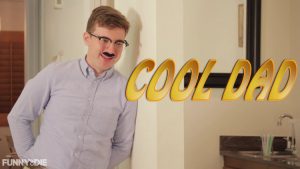 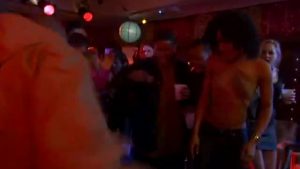 This is what happens when keeping it real goes wrong.