Does it change what a roast is all about if the roast-ee has been begging to be roasted for years and is 20 years old, has a real snotty nose and bad attitude, and by all accounts acts “too cool for school”? We ‘re about to find out as Comedy Central announced today that Justin Bieber will be the subject of their next Comedy Central Roast special.

The last Roast was of James Franco in 2013. After taking a year off, Comedy Central has decided to make fun of the most made fun of person in the world. Justin Bieber is clearly a cartoon at this point and any attempt to “cut deep” with a roast joke will only make him pout his lips that much harder and as a result, get stronger.

So when I submit my Roast joke packet to Comedy Central, as I do every time one of these specials is announced, I ‘ve decided to do exactly what Justin “Me-A-Big-Boy-Me-Want-To-Get-Woasted-On-TV” Bieber is NOT expecting and instead of going negative, making fun of his drunken escapades and peeing in mop buckets etc., I ‘m gonna go positive and compliment him for what a fine young man he ‘s grown up to be. I can only hope this flusters him enough to run out of the taping and into hiding for a few years so we can all finally just give it a rest with this guy. Here ‘s a sample from my packet:

-You know Justin, you look like a healthy young man, you have plenty of muscles.

-Justin, I ‘m sorry, Mr. Bieber, cn you give me some life advice, you ‘ve clearly fought to earn a hard won perspective on life and I ‘m dying to know what you have to say to help out the rest of humanity in their daily struggles.

-And you ‘re hair, Justin Bieber ‘s famous haircuts have inspired so many diverse people to “change things up” in their own lives, and that ‘s all you, J-man.

-Folks, take a look at those tattoos, they all make perfect sense and don ‘t seem out of place on that hairless young boys body. Let ‘s hear a round of applause for Justin Bieber ‘s tattoos everybody!

-Let ‘s not forget about the music. That ‘s what it ‘s all about to us and to Mr. Bieber up there. His music sounds original and he clearly puts it as a priority in his life. Where would we be without songs like “Baby” or ‘.other hits of his. Let ‘s hear a round of applause for Justin Bieber ‘s music.

-And finally, that face. Justin Bieber your face. I just want to slap it ‘out of love! And beat the shit out of you ‘out of love as well! 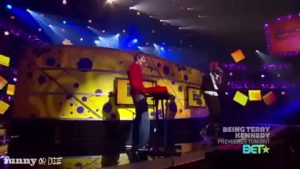 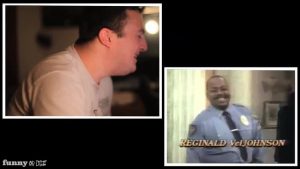 Do you love TV THEME SONGS?? Do you like seeing people sing them while wasted? Watch this. 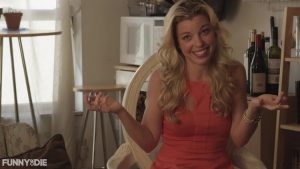 Sex & the City is not real life. But for some people it is. And not liking it is a deal breaker. 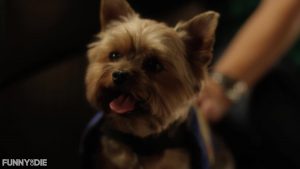 Sometimes a gal needs a dog’s help navigating the dating scene. Another fun sketch I wrote etc. for Newcastle Beer and Shifgig.com.