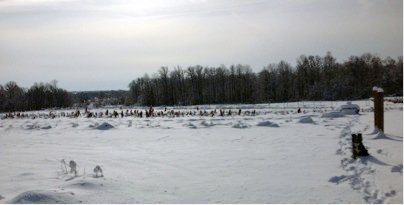 6 Things That Are Unpleasant But, Unlike Indiana Weather, Have Redeeming Qualities

Now is the winter of our discontent here in the frigid state of Indiana. We lack geographical features with lofty ambitions. The winds blow hard and cold, and the conditions change rapidly, making us suffering Hoosiers try to look on the bright side without respite. Only thing to do is think of other awful things and revel in how at least they aren ‘t 100% miserable.

You ‘re going into a regularly scheduled checkup. Other than the fact that you ‘re naked and sitting on wax paper, things are going okay. Oh. What ‘s that? I ‘m due for a tetanus booster? Sure, I didn ‘t need to use my arm for the next three days. Although, I guess that beats lockjaw. Or, you know, swearing through clenched teeth as you make arctic trek after arctic trek trying to secure yourself a college education.

It ‘s fake hair made of fake hairs trying to look like actual hair. It ‘s just horrifying. Regardless, where would the entertainment industry be without wigs? Or middle schoolers being treated for cancer who don ‘t want the attention? You know where we would be without the long Indiana winters tormenting you as you walk to and from classes? We ‘ll never know, but I bet it ‘s better.

*I acknowledge the fact that my aversion to wigs might be less than universal but that doesn ‘t make it any less real.

We were sophomores when I said “I love you.” Then we broke up the following summer and weren ‘t on good terms. Then we were on good terms again. Then you were a total jerk to our mutual friends, and now we don ‘t talk. The good news: I ‘ll never tell someone I ‘m in love with them unless I am 102% sure of it. Guess who ‘s typing up a Funny or Die piece and is 102% sure that he doesn ‘t love the winter in Indiana? This guy.

Waking up with stomach pains that make you feel like you ‘re reenacting a scene from Alien is never a picnic. But the good news is that you know to not go back to that restaurant. You know what always comes back whether you want it to or not?Indiana winters.

You ‘re right, I didn ‘t need to lose part of my left index finger to a paper cutter the eve of my last fall semester of college. But the doctor who treated me was cute and I had anactually interesting fun fact for the first day of classes back in August. Ugh, August in Indiana. It ‘s so humid that you have to change clothes three times a day and shower in between. Those were the days. I ‘d cut off the rest of my finger to have that right now.

I was walking past the education school around midnight a few months back, and when I rounded the corner there were three dead pigeons on the sidewalk forming a perfect triangle. Yes, it was jarring. Yeah, it made me think about how I ‘m the speck on a speck in an ever-careening universe. However, I also knew that triangle of dead pigeons was just the Illuminati sending me a private carpe diem reminder, so you gotta give it to them for their creativity. Not even the Illuminati can work in their covert ways to stop Indiana winters, which, incidentally, make me wish I were one of those pigeons from that fateful night.

Personally, the only way to get through the winter in Indiana is to download the Funny or Die weather app. Sure, the weather will be crummy, but at least you get a joke to help you take the bad news. Read it as you walk on campus. It ‘ll distract you from the discomfort of your snot freezing inside your damned nose. 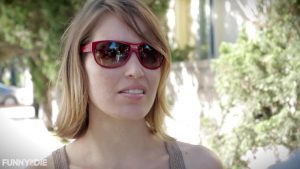 Ryan gets bullied by 3 pedestrians. 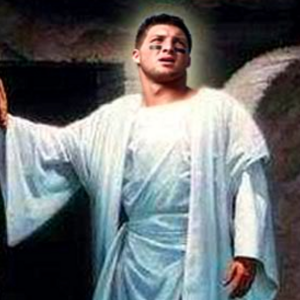 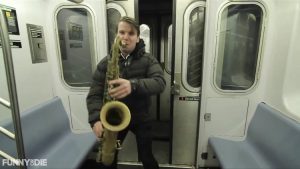 He just wants to have sax with you.

What happens when two lost souls dive head first into a graduate fine arts program? MFA: The Web Series follows Langston and Tyler as they go through the orientation process and get ready for the first day of school, meeting their new classmates and opening themselves up to a whole new world of people and experiences. Hope you enjoy the ride! 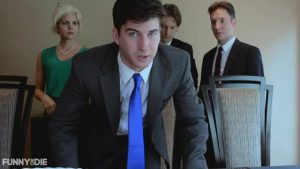 He’s not JUST talking to the camera. 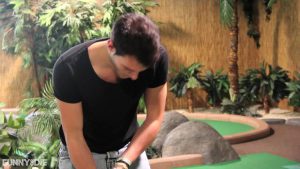 Most folks are usually up for a round of crazy golf… but sometimes you gotta know when to stop.