After years of pain and struggle, electronics retail chain RadioShack passed away this week. Below is the store ‘s long-due obituary.

RadioShack was always a small store, often nestled between a beauty salon and Little Caesar ‘s on the sides of roads with more potholes than traffic. The electronics retail chain grew up selling specialty radio parts for a burgeoning market. For a time, RadioShack thrived amongst Sunday catalogues, people who wanted handheld TVs, and kids who built little AM radios because they had no friends.

The store may never have been happier than it was in the 1990s, when people had money to spend on 900mHz cordless phones and digital watches that could also change the TV channel. For a few years the little store was even making commercials withSuperman: Adventures of Lois and Clark star Teri Hatcher, and Howie Long, a former football player allowed to act next to Ms. Hatcher.

Unfortunately, the highs proved as fleeting as the battery life of a Game Gear. Often confused about who it was, and rarely good with people, RadioShack had trouble keeping up with larger stores, and hated change, even refusing to acknowledge the internet existed until it was far too late. Indeed, neighbors say RadioShack began its slow descent into madness as many as 15 years ago, when walkie talkies stopped being really cool. Visitors noticed the increasingly unconfident store ‘s employees gave off a distinct impression that they were trapped and had no way of escape.

Although it had many relationships with CEOs throughout its life, none were meant to be, as each affair proved more toxic than the last. Perhaps it was RadioShack ‘s hygiene; if you spent any time in a RadioShack lately, you have surely recognized the dour scent of impending death.

It ‘s important to remember that it wasn ‘t always about work with RadioShack. Its other hobbies included closing locations and telling employees they were fired with one hour to leave the premises.

There will be a service held 11:30 a.m. this Saturday at Circuit City Memorial Cemetery. 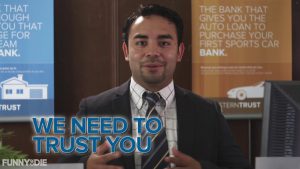 Making a cash deposit is as easy as taking a picture.

Carrie Underwood helps James Corden shop for cowboy boots and recreate the most annoying sound in the world. 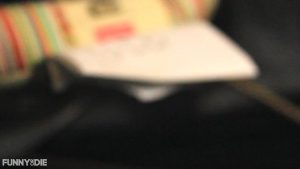 A parody sketch video that explores the success of Drake (the Degrassi kid who went on to become a famous rapper). Ladies and gents, I present to you: Between Two Urns 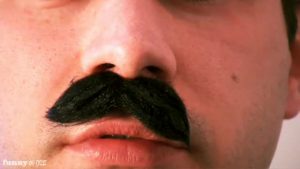