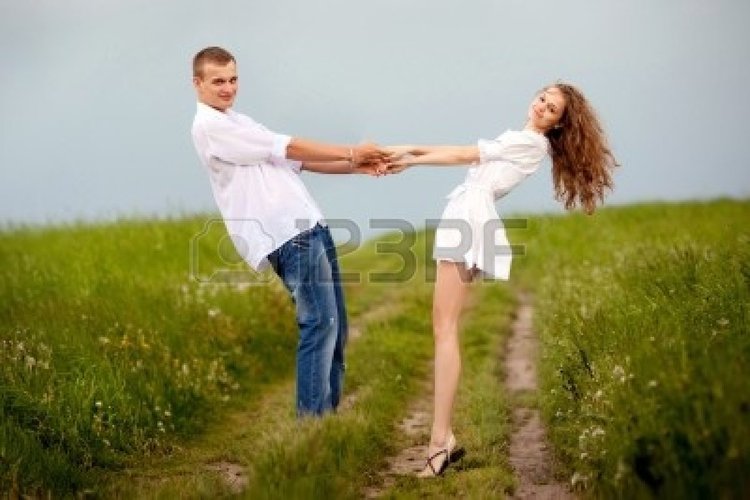 The Ballad of Scott and Emma

Valentine ‘s Day is coming up and love is in the air at Indiana University. While many college students are very participatory in hookup culture, some students are looking for something a little more than that. One student in particular feels that he has finally found his special someone. Scott Jenson, a sophomore student in the Kelley School of business and a memberof the Greek community, has been talking to Emma Fiedler, a design student and sorority sister, for several months now.

Scott and Emma met at a fraternity function one night in late October. The two had seen each other several times before, but this was the first time the two had actually interacted. Scott walked up to Emma and a group of her friends and offered them a shot of the finest cheap vodka money could buy. As time passed they consumed more and more of that college love potion out of soggy Dixie cups. By this time her friends had disappeared and it was just the two of them talking. Scott impressed her with tales of how his pledgeship was the hardest on campus, but it actually makes him feel like these guys are his brothers. Emma recanted stories about how she loves her roommate to death, but like honestly she can be a bitch sometimes. The night couldn ‘t be going better. At this point in time the DJ Pledge put on Journey ‘s Don ‘t Stop Believing and the two of them jumped on the dance floor. Though neither of them quite knew all of the words,they belted the song out together with such confidence that most who were watching couldn ‘t even tell. As the song ended, they gazed into each other ‘s eyes, passionately kissed and the sparks started to fly. The sparks that flew turned out to come from a small electrical fire and they had to evacuate the house, cutting their night short.

As weeks went by the two continued to see each other. They would exchange late night text messages and Facebook pokes.

“Within a few days she was in my ‘Best Friends ‘ on Snapchat. That ‘s how I knew things were getting pretty serious”, said Scott.

Emma took him to her sorority ‘s crush dance and he brought her to his winter semi-formal. At this point it was clear that things were getting pretty serious. Though neither of them had openly talked about the status of their relationship, it was evident that they both wanted to take the next step. However, winter break was approaching and the two weren ‘t sure if the distance was tolerable to their unspoken relationship.

“She ‘s not my girlfriend or anything. We ‘re just talking”, Scott would tell his friends. “I can hook up with other girls if I want to”. But Scott didn ‘t want hook up with any other girls. In fact, he was planning on driving 45 minutes all the way out to the North Chicago suburb that Emma resided in to spend New Year ‘s Eve with her.

As Scott was getting ready to leave for his voyage to her hometown he received a text message from Emma saying that she wasn ‘t feeling well and was just going to spend the evening with her family. Scott was disappointed, but understood and wished her a quick recovery.

“New Years is overrated anyway. I just wanna chill with my bros”, Scott reasoned with himself. Though it wasn ‘t the most exciting NewYear ‘s Eve, Scott still had a great time “raging balls”. Though he enjoyed himself, he had no idea what was in store next for him and Emma.

The next morning, Scott was lying on the basement floor of his buddy Sea Bass ‘ house checking various social media. As he was going through snap chat stories his heart dropped. Beth, Emma ‘s best friend, had taken a video of Emma making out with a mystery boy and put it on her “My Story”. Scott felt a wave of several emotions pass through him.

“I know I can ‘t be too upset, because, like, we ‘re not together or anything, but she still lied to me and that hurts”, Scott told a semi-conscious Sea Bass. “I knew something was up because she was opening my SnapChats, but not responding to my texts”.

Later that day Scott texted Emma asking how her New Year ‘s was. She said that it was relaxing and just stayed at home with her mom watching old reruns of Friends. Scott knew he had caught her in a lie. “I don ‘t know, it looked like you had a pretty good time”, Scott replied. “???”, Emma so cleverly responded. “I saw Beth ‘s snap story.” “Oh.” Emma knew she had been caught. She immediately started typing her excuse saying that she wasn ‘t going to go out, but her friend Stacy from California surprised her, so she HAD to go out; and then they went to this party and her ex-boyfriend was there and one thing led to another and she just needs some time to think.

Scott distanced himself from Emma for the rest of winter break. No late night text messages, no snap chats of his dog, and no liking old Facebook photos of her from highschool so they show up in everyone ‘s news feed.

The second semester had started and everyone was getting back in the swing of things. Scott had been avoiding Emma, making sure not to go to the same parties or check twitter when she was live tweeting the Bachelor. A few weeks had gone by and Scott ‘s fraternity was paired with Emma ‘s sorority. Scott wasn ‘t planning on attending, but Sea Bass told him to “stop being a pussy” and that she probably won ‘t even be there. After a little reasoning from Sea Bass, Scott put on his favorite Ralph Lauren button down and was ready to have a good night. Even if she did show up he wasn ‘t going to lether stop him from having fun.

As the party went on Scott kept an eye out for Emma, secretly hoping she would show up. However, as the night started winding down, all hope had seemed lost. Scott hung out near the bar, starting to download Tinder when he heard a familiar voice say “Wanna take a shot?” Scott glanced over and saw Emma, glistening in the strobe light as she was when they first spoke. Scott smiled and ordered two shots from the sober brother standing behind the poorly handmade bar. Emma apologized to Scott and explained that she just needed to work some old feelings out. Scott was very understanding and the two talked for the next hour catching up on everything they had missed in each other ‘s lives. Finally, the night was ending and Journey ‘s Don ‘t Stop Believing came on, solidifying this as “their song”. The two danced and sang together just like old times and then eventually had their long overdue first kiss of 2015. Things were back to normal for this young couple.

“I didn ‘t think that I ‘d ever find someone like her. When we first met I didn ‘t think anything of it. She was just some other girl at a party. But now after getting to know her and going through all of that stuff together, I can confidently say that this is the girl I want to spend the next four to six years of my life with”.

The happy couple is now Facebook official and will be spending their Valentine ‘s day together at Red Lobster.

Tommy has to write an essay. 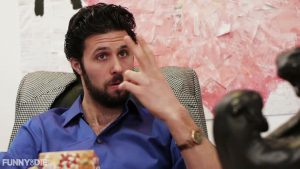 Did you bring the money for your comp cards? 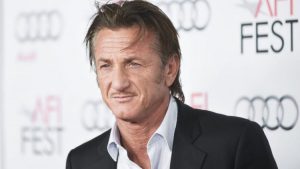 Sean Penn is very offended that Lee Daniels compared him to Terrence Howard. Which is weird b/c he allegedly beat up Madonna. 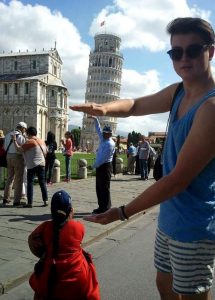 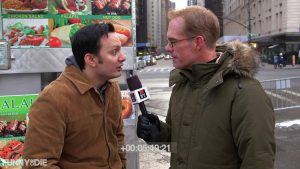