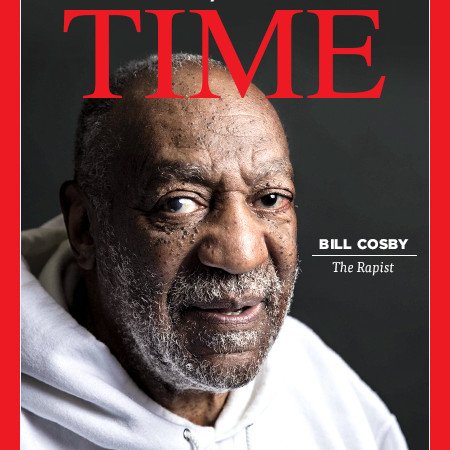 To truly be worthy of the title of Biggest Anus for an entire calendar year, a person or entity must embody a myriad of terrible qualities. General shittiness and morally reprehensible behavior, while certainly not damaging in any way to a candidate ‘s chances, are simply not enough. No, this mega-anus must also capture a certain je nais se quoi ‘ in other words, be an anus representing the holistic zeitgeist that reflects the age we live in and who viscerally makes people sick to their stomachs at the mere mention of his or her or its name.
And so, ladies and gentlemen, after much heated deliberation and creative swearing, we are proud to present to you TIME‘s unquestioned 2014 Anus of the Year: stand-up comedian, star and creator of the widely beloved The Cosby Show, and all-around horrendous human being, William Henry ‘Bill” Cosby, Jr.

After more than a dozen women came forward with strikingly similar allegations against Cosby of having been drugged and sexually assaulted by the comedian, we put it to you that America ‘s Favorite Dad has not only proven to be this year ‘s biggest anus, but has also entered himself into the eligibility pool for the Anus Lifetime Achievement Award, considering his alleged horrific crimes span nearly half a century.

Moreover, Cosby ‘s fall from grace firmly ensconces the comedian within the hallowed halls of Anusdom because there are few such monumental examples of a revered part of our collective national culture and the embodiment of cherished childhood memories for millions that have turned out to be such a disgusting sham and ‘ to all who love comedy ‘ an unforgivable betrayal.
Cosby ‘s refusal to apologize or even acknowledge the allegations against him, which, by their premeditated and repeated nature paint him to be a sociopathic anus on the magnitude of a serial killer, further cement his status as King of the Anuses. And Cosby having positioned himself over the years as a moral barometer for the black community is just the hypocritical icing on the smelly anus cake.
So here ‘s to you, Bill Cosby, you horrible, sad old man. May you die alone and without experiencing another moment of joy or peace for all that you ‘ve taken from so many!

Officer Darren Wilson, In His Capacity As The Face Of Institutionalized Racism:
Sometimes, an anus is more than just an anus, in and of himself. Sometimes, an anus is the puckered anus-face of a massive, widespread, systemic-abuse anus that is hundreds of years old; a ‘Synecdoche Anus,” if you will. Former Officer Darren Wilson of the Ferguson, MO Police Department is just such an anus. Whether or not you believe Wilson was a justified anus in killing unarmed African-American teenager Michael Brown is entirely beside the point. Wilson must be viewed as more of an entry anus into the unending, labyrinthine, shit-filled anus of institutionalized racism that, to this day, holds millions of Americans back and does not offer minorities the same protections and privileges that white citizens routinely take for granted. In this light, Wilson actually provides a valuable lesson in the dangers of not being able to see the anus forest for the anus trees. 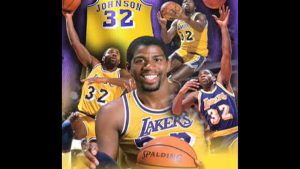 Phone call I made to Veramyst when I saw a disturbing message on their commercial. Hilarity ensued. 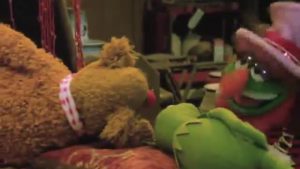 The Muppets perform their version of the Ol ‘ Dirty Bastard classic, “Shimmy Shimmy Ya. ‘ Starring Dr. Teeth as ODB, featuring Electric Mayhem. Video by Mylo the Cat, aka the guy who did the Beastie Boys/Muppets mashup and the Gonzo/Humpty Dance.

An Australian woman spends 4 days in the hospital because of her too-tight skinny jeans. And she looked real hot, too! 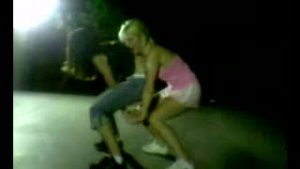 why girls r so dumb? 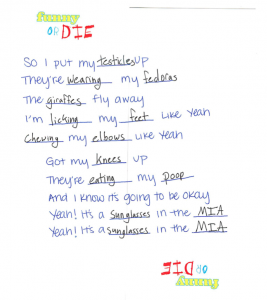