Do you remember Inspector Gadget?! And DuckTales?! Ohmigod, sure you do because you are around my age and you watched cartoons when you were a kid! Well, guess what, grown adult, those classic cartoons are getting rebooted so you got a new, slicker, brighter, similar-but-undeniably-different-kind-of-animation version of those shows to look forward to!

We ‘re all very excited for the reboots of these popular franchises. I, for one, have basically memorized the plot lines of each of the old episodes and am thirsting for new adventures for these characters to embark on.

But times have changed! We last saw these characters 25 years ago, back when a ‘smart phone” meant a landline that had light-up buttons and when ‘9/11 jokes” weren ‘t ‘too soon.” So, how will Scrooge McDuck land in millennial America and what will texting teens think of Inspector Gadget? You know the big wigs in Hollywood have thought of this and that ‘s why each show will be making very careful updates to make sure these two cartoons feel as fresh and fun as they did when they came into our homes back in the late ’80s. Here ‘s a sample of each show ‘s updates:

-Updated Casting:
Scrooge will be voiced by Pierce Brosnan. Confident, piercing, and sexy but not sexual.

Huey, Dewey, and Louie will be played by the Olsen twins with a computer generated ‘third voice,” which is an exact combination of Mary-Kate and Ashley that happens to sound like a dolphin. The triplets will also be outfitted exclusively in multicolored T-shirts and retro-fitted caps by The Row.

-Instead of a giant sea of gold coins, Scrooge McDuck swims through a cold warehouse of humming hard drives filled with bit coins. It ‘s less of a fun visual, but you can tell Scrooge gets off on it just the same.

-An ongoing B storyline has Launchpad McQuack as the missing pilot of Malaysian Airlines Flight MH370, setting up a glorious heroic return for the season finale. Kind of like the ‘ripped from the headlines” motif made popular by Law and Order.

-Instead of storylines where Scrooge and the boys are in a race for physical treasure, they will be in a race for capturing their dream internships at top-level digital-marketing studios. ‘The internship experiences are as good as money in our pocket, and will last for much longer” the little boy ducks plead to Scrooge as he rolls his eyes and goes back to trading digital stocks on the eMarket.

-Instead of Scrooge McDuck ‘s ‘number-one dime” being his most prized possession that bad guys are looking to steal, it will be his ‘number-one tweet,” which will be this one tweet that the Huffington Post put on a list and got over 100 faves and 48 RT ‘s. Bad guys will be trying to delete it.

-A lot of the storylines are about characters trying to delete other character ‘s best tweets.

-Penny is hot now and Brain wears sunglasses even when he ‘s not in disguise.

-Inspector Gadget will be voiced by anyone who is not Matthew Broderick.

-In the first episode, Inspector Gadget is introduced to an Apple iPhone 6 and launches into an existential tailspin resulting in him tearing all the gadgets out of his body and burning them in a fire he makes in the woods. He cuts himself to see if he can still bleed. He can. He smears the mark of the Archfiend under his eyes with his own blood, and one smudge over his heart as he pledges allegiance to Satan, jaw set and eyes cold and shiny in the moon ‘s light. He cries impotently in the dark and lonely woods as we fade out on the premiere episode.

-Chief is a 22-year-old hacker who thinks solving a crime can be done staring at a monitor all day. This doesn ‘t jibe with Gadget, an old-school get-your-hands-dirty kind of detective who ‘s all thumbs when it comes to ‘databases” and ‘identity theft.” Needless to say, they butt heads. The series is basically a character study on an outdated and useless half-man/half-gadget in the newly digitized world of crime fighting. 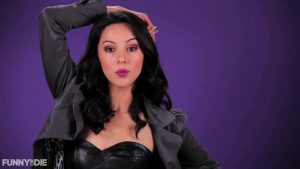 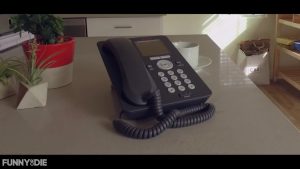 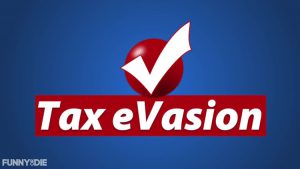 Just in time for tax season, TurboTax unpacks its latest software for one of the IRS’s most complex cases–hard-working American patriots.

This episode The Shirtless Painter is joined by singer, songwriter, and bassist Aimee Mann and the two paint their interpretation of mental illness. Anyone can paint and anyone can paint anything! 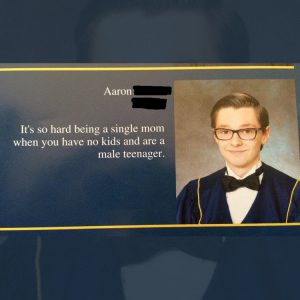