Last night if you were anywhere near the internet you were no doubt swept up in the controversy surrounding #TheDress.

As if I need to explain, but just in case, here ‘s what happened: A poorly lit photo of a dress (above) from a British retailer (the dress costs 77 QUID off the rack!) was posted to Tumblr asking the question, what colors are this dress? From there, a uniquely all-encompassing online debate erupted over whether the dress was white and gold or blue and black. And to be clear, this was EVERYWHERE last night. Buzzfeed, the internet ‘s home for desperately clawing for every click they can possibly get, reported that their post about the dress broke traffic records on their site with more than 670,000 people viewing the article at once.

Since we here at Funny Or Die are logical folks, the first place we turn to for answers is science. Just the facts, ma'am. Let the degenerates debate it out; we ‘ll rely on cold hard data.

The folks at Deadspin went directly to the Photoshop eyedropper tool to see what it had to say. Turns out it says the dress is varying shades of blue and BROWN, if you can believe it.

As the author of Deadspin ‘s post, Kyle Wagner, says, ‘Pretty much everyone is wrong, which seems about right.”

Next, we start talking to the geeks, the nerds, the neuroscientists. Wired.com was able to scrounge up a color and vision expert whose phone I ‘m sure was ringing OFF THE HOOK last night. Here ‘s what he had to say.

‘ Bevil Conway, a neuroscientist who studies color and vision at Wellesley College

So there you go. The article goes on to explain that the way you interpret the colors of the dress is all about the context, the background that you see the dress projected onto.

‘Most people will see the blue on the white background as blue,” Conway says. ‘But on the black background some might see it as white.”

Next we turn to social media. First, as is customary, we honor the celebrity reactions to #TheDress.

What color is that dress? I see white & gold. Kanye sees black & blue, who is color blind?

I don’t understand this odd dress debate and I feel like it’s a trick somehow. I’m confused and scared. PS it’s OBVIOUSLY BLUE AND BLACK

That fucking dress is BLACK and BLUE! Is everyone else on drugs?

If that's not White and Gold the universe is falling apart. Seriously what is happening????

The colors are you're all fucking idiots

Kram and Mr Pitt cant agree about color of dress

MR PITT: Its blue! You have to UNFOCUS your eyes! pic.twitter.com/wttMjgcDhH

Okay then, what color is THIS dress?

Are you sitting down? It's actually three muffins! pic.twitter.com/Cj7MJASBm6

Luckily, we live in a day and age where Domino ‘s can tweet about the dress too.

This is awkward, it's actually white and red. pic.twitter.com/DpCKsBkPiI

Lost in all the hubbub is how pretty the dress is, fashion-wise. My girlfriend is a fashion expert (she has a fashion DEGREE from college), and this is what she had to say:

It ‘s a horrible dress

‘ My girlfriend on G-Chat just now

For what it ‘s worth, the retailer has chimed in (but really, how can you believe what they have to say? They ‘re just trying to sell dresses. DON ‘T BUY THEIR LIES!).

We can confirm #TheDress is blue and black! We should know! http://t.co/qAeIIHzJxk pic.twitter.com/kkxjUbmgI3

Finally, this Vine actually does shed light on the whole issue. 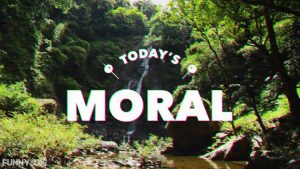 Quarantine has been difficult for everyone in any industry 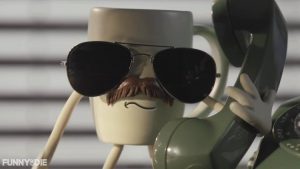 Coffee seems different these days. Bolder and more famous. Is he really all he ‘s ground up to be, or is that sweet handlebar mustache a fake?

Sometimes, in the moment, laughter is the answer 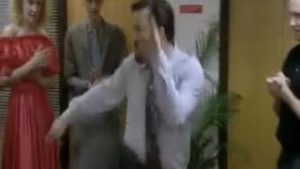 David Brent at his finest 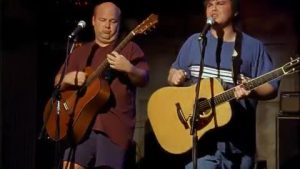 No one knows exactly what this song is about, but it rocks.