Baseball just started again and you are not going to believe what happens this season. How do I know? I have a friend who works for Baseball and he gave me an advanced screener of the whole 2015 MLB season. Holy crap, you are really going to want to watch all of Baseball this year and I don ‘t want to give anything else away unless you want to read on AT YOUR OWN RISK.

OK, the season will have a slow start and kind of pick up where we left off with the playoffs, despite a few trades and a few new faces, but in June, Clayton Kershaw is going to pitch a no-hitter in an away game verse The Milwaukee Brewers. At the end of the game his teammates will lift him up and cheer and this will be the moment people will be excited about Baseball again. It will be water cooler conversation and you won ‘t want to be left out.

The Yankees ‘ own Jacoby Ellsbury is going to pull a ham string in the middle of the season. I don ‘t like it either, but I don ‘t write Baseball, I just watch it.

In this season of Baseball, expect a lot of drama. In fact, in August the Giants manager, Bruce Bochy, will get ejected from a game after getting into a screaming match with an umpire. Twitter will blow up. You don ‘t want to miss it.

Mid-season (probably for ratings) Miguel Cabrera of the Detroit Tigers will hit the ball incredibly hard and it will collide with a bird causing it to violently combust and becoming a viral clip. Viewers will be torn between thinking this is cool and thinking it was a cheap ploy to get more people to watch Baseball during the mid-season slump, which it does.

For those viewers who fell off of Baseball because it lacked romance, the league has heard your criticisms and responded. The famed kiss cam will have a constant feed searching for drama in the stands. In one notable piece of footage, the cam will capture a man and woman kissing while their spouses are off getting snacks.

Carrie Underwood will botch the words to The Star-Spangled Banner and leave the audience in shock. She will win us back when she asks to start over. It is so charming, you just can ‘t stay mad at Underwood.

7. A Tie
In the most devastating World Series yet, the Dodgers and the White Sox will both lose in a tie. The teams will fail to score runs in game seven and the president will ascend center field in a helicopter and claim baseball is dead. What a finale!! I assume the intent is to gain interest and viewership for the following season of, Baseball which will be the highest rated yet, but what do I know? I will try and squeeze more information from my friend who works for Baseball.

Some people complain that Baseball season is too long and not enough happens, but you never know when it is going to be the last season, so we should take advantage while we can.

Jonathan loves three things – leaving it on the floor, expert balayage and Game of Thrones. Watch every week as he lives for new episodes. Warning: The following video contains vague references and confusing plot analysis, which are not really spoilers. 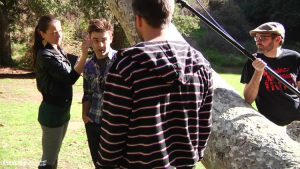 Having trouble with a difficult actor on set? Frank Fardel can help. 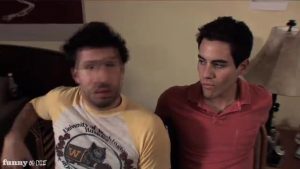 So my buddies and I thought this was an interesting idea and wondered if people do this. So we decided to make a little teaser about it and got a bunch of friends and shot this trailer total GUERILLA STYLE at Hollywood and Highland. It was a risk, but fun to shoot… We hope you guys enjoy! 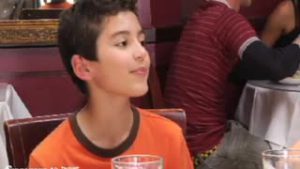 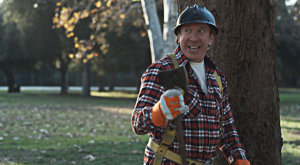 Tim Allen stars in the greatest story ever told about a man, his son and a tree. It’s already being hailed as his best film since Santa Clause 3 and The Shaggy Dog 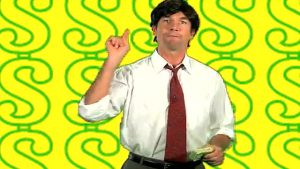 Everything must go before governor Rod goes on “vacation”.