You smell that? That ‘s Bernie Sanders burning rubber catching up and even surpassing Hillary Clinton in some states. And last night on The Nightly Show, Larry Wilmore fueled the fire and tuned into the growing excitement surrounding Sanders.
He even brought in Carlos Jordanson, the Hillary Clinton correspondent for the show, who couldn ‘t hide his adoration of Bernie, either. 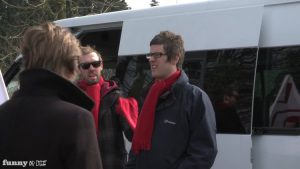 Unfortunately, last week’s episode was not the Mates first attempt at this stunt. Check out today’s video for footage from their first try! Presented by Funny or Die and Pepsi Max!

Elizabeth and Bob have a special guest pop in on their 15th attempt at making a podcast specifically for their son, Casey Feigh. 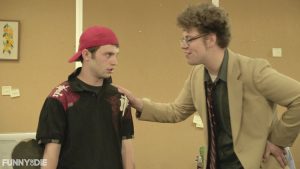 Sad Boss brings his son in to work. 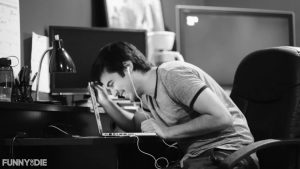