Adele ‘s highly anticipated new album is reportedly releasing this November, almost five years after 21, the groundbreaking album that included her hits, ‘Rolling In The Deep” and ‘Set Fire To The Rain.”This upcoming album will be her third collection and is already garnering a lot of buzz.

Rocker and redhead, Ed Sheeran told the UK ‘s Capital FM station, “I haven ‘t heard [Adele ‘s album], but everyone I know who ‘ve worked on it is just like, ‘Dude ‘ that record! ‘ Apparently, it ‘s really good.”

While all of the news and rumors are very exciting, it is also somewhat worrisome. You can ‘t help but wonder when Adele, especially Adele, releases a new album, one that took almost four years to record and produce, about who hurt her? Yes, who hurt you, Adele?

We know that famously, ‘Rolling In The Deep” was written within one day of a major break-up of the singer ‘s. That song spent [65 weeks, the fourth longest time ever,](https://en.wikipedia.org/wiki/21\_\(Adele\_album\)\#Accolades\) on the Billboard Top 100 chart. The rest of the album, which like the hit single focused on her immense heartbreak and dealing with piecing herself back together, won Adele seven Grammys. Any work of hers that she has created to follow the success of 21 surely has to come from some deep excruciating pain.

So who could it have been? Adele is in a seemingly healthy relationship with Simon Konecki, whom she has a toddler son with. It seems doubtful she would write an entire album in spite of her boyfriend Konecki if she is still with him and her son, Angelo, is only three years old, so he probably isn ‘t the inspiration behind this new music. Let ‘s see. Here are people who have said dumb shit about Adele in the last few years:

This leaves us with one definite possibility, that honestly will set Adele even further above her musical contemporaries. Having just had a baby, this new album must be a lyrical response to those other mothers or people in her life telling her how to parent and critiquing her child-rearing skills. There is no one worse than those people and they can truly be irritating and offensive by assuming you ‘re a small idiot who is purposefully trying to ruin your child. Yes, this must be who Adele is responding to.

With this new direction, we can expect hit singles such as, ‘Don ‘t You Tell Me (How To Raise My Baby!)”, ‘You Better Believe I ‘m Still Breastfeeding, Bitch”, and ‘It ‘s None Ya Damn Business If He ‘s Circumcised!” Surely there will be a mix of empowering ballads like ‘He ‘ll Walk When He ‘s Ready”and slower and more gentle tunes like “Baby, Let Your First Words Be Me.”

Adele, know that whoever wronged you is indeed wrong and that the world is eagerly awaiting this new release to feel your pain.We are very sorry that you had to go through this trauma that so many young mothers go through, but part of us is selfishly excited for the raw emotion this album will deliver.

Meet the comedian who literally wrote the book on dad jokes. No one does wordplay, puns, and schmaltzy bits like this guy. He ‘s a father. He ‘s a husband. But above all, he ‘s a craftsman. 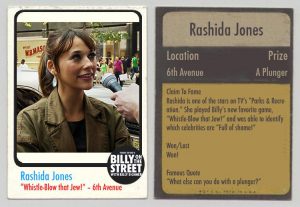 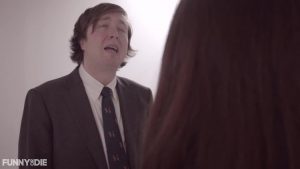 James has a pretty dirty business deal for Jackie. Pretty dirty and pretty not real or profitable. 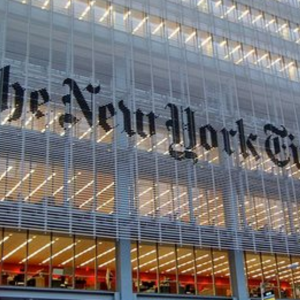 The New York times reportedly spent somewhere between 40 to 50 million dollars on its new paywall. Its new paywall that can be easily circumvented with some crafty html code…or just clicking on links from twitter. Cool business plan, New York Times. Money well spent! Here are ten other things that could’ve been purchased with the money spent to fail as an internet company. 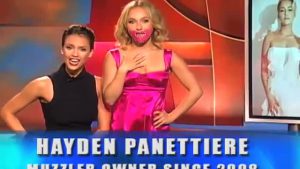 Jessica Alba, Hayden Panetierre, and Tristan Wilde get serious about voting. Find out what happens when you don’t vote. http://www.themuzzler.com !

Join Zack as he barrels through the Hollywood buzz in the style of Mad Money, tracking the ups and downs of celebrity rankings in the Hollywood market. Because in the world of entertainment, everyone ‘s a number!