Being a news reporter must get pretty monotonous from time to time. Aside from Fox News and MSNBC, most reporters are encouraged to remain impartial and even-keeled, which is undoubtedly difficult when covering controversial or distressing stories. These dudes and lady-dudes are pros, though, and rarely break. Unless we ‘re talkin ‘ whales. Well, whales and sharks, to be fair.

It turns out nothing gets reporters ‘ engines revving like beautiful and ginormous aquatic life. We ‘re not talking a polished eyebrow raise used for dramatic effect; these people are going completely off script and in a way, it ‘s like we get to see them in the wild.

First, we have Australian anchorman Karl Stefanovic who is left completely speechless and horrified by footage of a great white shark .

While Stefanovic is visibly petrified and stunned into silence, large aquatic life can also dumbfound news anchors in an entirely different direction. Below is a video of BBC ‘s Steve Backshall, who upon not seeing but hearing that his helicopter correspondent had seen a blue whale, gives the an Oscar worthy monologue on the beauty of the planet.

As you can see, news anchors may have some autonomy of which way they will react to large, stunning water animals, but no control over the fact that they will overact no matter what. This is neither good nor bad, just simply an observation ‘ an observation, though, that answers the question, ‘Who watches the watchmen?” (We do. That ‘s where I was going with that. And the watchmen like aquatic life. OK, cool.)

Tired of the criminal justice system constantly trying to destroy the evidence of your sexual assault? Tatiana Maslany (Orphan Black) introduces “The Sexual Assault Survivor’s Utility Belt”, the perfect accessory that gives you all the tools you’ll need to keep that Rape Kit where it belongs! 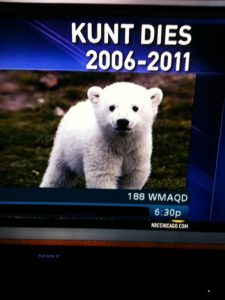 CREATIVE CHEAT TECHNIQUES ARE NOTHING IN THE FACE OF A VICE PRINCIPAL. 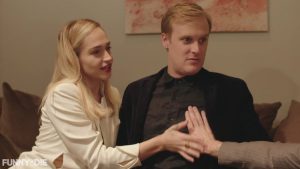 Cathy and Felix visit some old friends for “dinner”. 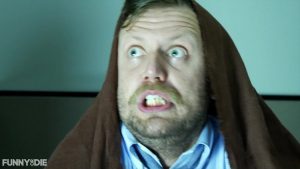 What really goes on in HR? How do they choose who to hire? At about 20 seconds in, you’ll see. Written by Mike Roe Directed, Shot and Edited by Matt Brookens Starring: Tim McGovern Heidi Lux Elizabeth Hayhurst Allison Ramirez Igor Hiller Produced by Topher Harless and La Nita Harless Associate Producer, Gil Baron Very special thanks to Paul Rubinfeld and Nat Rubinfeld