The NFL season is still a week and a half away but the Washington Redskins are already falling apart. The latest debacle includes much heralded / maligned / injured / concussed (and soon to be former) quarterback RGIII being sent to the bench in favor of naming Kirk Cousins (18-19 career TD-Int. ratio, 2-7 as NFL starting QB) the 2015 Redskins starting quarterback. This is just one in a long line of tough breaks in the last few years for the Redskins franchise. Enough to make you wonder what on Earth the Washington Redskins could have done to deserve such bad karma? Is the universe trying to tell them something?

I talked to some Redskins personnel to see if they had any idea. Here ‘s what they had to say.

Jay Gruden, Head Coach:
‘Well it could be a lot of things. Teams go through tough stretches sometimes where the ball simply doesn ‘t bounce their way. But I ‘m sure it wouldn ‘t hurt anything, luck-wise, to not have a notorious raging asshole as an owner.”

Dan Snyder, Majority Owner:
‘I just don ‘t get it, I ‘ve had such a run of bad luck since I bought the Redskins. The first thing I did as owner of the team was change the stadium from being named after a beloved former owner to being named after a gigantic, faceless corporation. I took all the money from that and failed to develop a quality team on the field and spent it instead on myself and business lunch after business lunch at Buffalo Wild Wings. And we still haven ‘t won a Super Bowl in my time here! I guess I ‘m just snake bit ‘”

Alfred Morris, Starting Running Back:
‘Bad luck is part of the game, there ‘s nothing you can do about it. Also we ‘re called the Redskins, which is racist and which I ‘m sure is not helpful in terms of karma.”

DeSean Jackson, Star Wide Receiver:
‘Injuries keep setting us back. Oh, WHY bad things keep happening to us? That ‘s easy, because our owner is the most hated man in sports and we, as a franchise, deserve bad things to happen to us until he leaves football forever.”

Dan Snyder, Majority Owner:
‘Like, for instance, when a local journalist writes bad things about me I sue him and call him an anti-semite and then all of a sudden, like, I ‘m talking instantly, more journalists write bad things about me. Maybe it ‘s karma for all the good buffalo wings and varieties of signature sauces I ‘ve been able to enjoy over the years, but you can ‘t make this stuff up.”

Colt McCoy, 3rd String QB:
‘You wanna talk bad luck? I was the winningest college football quarterback of all time and then got drafted by the Browns! I once ate 50 “Blazin”hot wings in front of Dan Snyder, though. He was impressed so he gave me a contract.”

Dan Snyder, Majority Owner:
‘And I have such bad luck with head coaches too! I ‘ve hired 8 of them in the past 16 seasons but they still always say they ‘re busy when I ask them to try the new wing seasoning premiering at the downtown BW-3 ‘s. Steve Spurrier turned down being one of the first 150 people to try Carribean Jerk seasoning in 2011! Can you imagine?”

Dan Snyder, Majority Owner:
‘The secret to a good wing is in the sauce. B Dubs knows that and they deliver with 21 signature wing sauces ranging from Jammin Jalapeno to Asian Zing. My favorite is to mix the classic teriyaki with the Mango Habanero to make a devil ‘s brew of salty, spicy, and sweet, but you really can ‘t go wrong. Wait, were you gonna ask me about the Indians or whatever?”

Larry Michael, Voice of the Redskins on the Radio:
‘Honestly, we all know Snyder causes all the bad luck here, which is why I introduced him to Buffalo Wild Wings in 2009. If they keep introducing new wing flavors, I think we might be able to change the mascot to the “Red Skies” or something by 2019. ‘

Dan Snyder, Majority Owner:
“Wings-wings-wings, OH I love wings ‘what else did I want to say, OH YEH, I ‘m never going to change the Redskins name because it ‘s actually not offensive. Remember when we got 4 Native Americans to walk out onto our field a few years ago?”

I really hope our luck turns around this season! 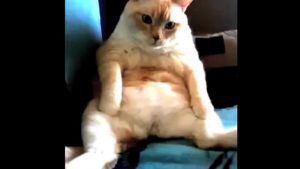 Now that he’s released some gas, we hope this kitteh feels less bloaty. Thanks to: youtube.com/FartingFatCat For more funny at videos visit http://icanhascheezburger.com

Week days are NOT the time to wile out, okay celebs? 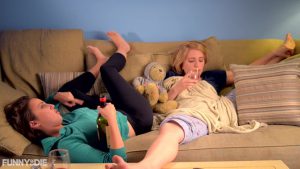 As Ari and Emma get increasingly inebriated, they proceed to interweave the plots of movies they’ve never seen, across genres, space, and time. 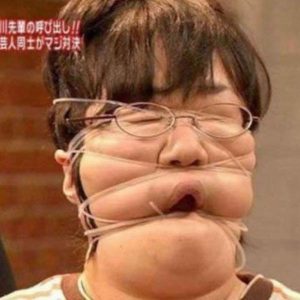 Here are some of the most ridiculous moments from TV shows all over the world (though mostly Japan), presented without context. We fear what we do not understand. And frankly, we should be terrified. 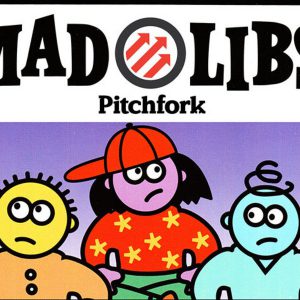 Create your own Pitchfork.com music review with this hand Mad Libs!