Fantasy footballers rejoice! The NFL season starts on Thursday! If you ‘re anything like me, you ‘ve been poring over fantasy data 24/7 since July. And while it ‘s easy to optimize weekly matchups and set up bye weeks for your team, the one most crucial fantasy difference maker is also the hardest to predict: injuries.

Dez Bryant, WR, Dal
If you have Bryant as your #1 receiver, you might want to note that it ‘s possible that in week five Tony Romo lays a soft pass just a little too high for Bryant and he gets hit and wrapped up hard but legally in the upper thigh by the Patriots free safety Devin McCourty. Bryant flips head over heels and lands directly on the top of his head. Then McCourty, who still has a hold of Bryant ‘s legs, falls to the ground and accidentally twists Bryant ‘s knees and hips into a mangled mess of broken bones and torn ligaments.
Possible Injury: Concussion, broken neck, fractured spinal cord, torn ligaments in knees, and assorted fractured bones.
Possibly Out For: 80 years or more

C.J. Anderson, RB, Den
Owners of Anderson should be aware that in week seven C.J. could get handed the ball up the middle and hit by four defenders coming full speed from opposite directions (north, south, east, and west) in four different parts of his body (head, torso, knees, and feet) and sustain four different injuries (concussion, collapsed lung, ACL tear, feet torn off from ankle).
Possible Injury: They ‘re all bad but the feet being torn from the body is the main one.
Possibly Out For: Six weeks for first three injuries, then five ‘ten years for reattaching feet

Le ‘Veon Bell, RB, Pit
Bell dropped 20 pounds going into the 2014 season and became the NFL ‘s premier running back so its a good possibility he does that again for this season but decides to triple the amount he lost so he can be ‘triple good.” Weighing in at 184 pounds, Bell could be hit by a linebacker in the first series of week one and his skinny belly will collapse in on his organs and crush all but their most vital functions.
Possible Injury: Collapsed belly. Crushed stomach, lungs, and kidneys.
Possibly Out For: Rest of season or until he gains weight back in belly to protect those organs

Aaron Rodgers, QB, GB
It ‘s not likely, but if you ‘re gonna pick up Rodgers you should know it ‘s definitely possible that he drops back to pass in week eight against the Broncos and Von Miller streaks into the backfield untouched and accidentally gets three fingers jammed underneath Rodgers ‘ helmet, trapping a big chunk of his hair. Miller rips off the helmet and hair, leaving Aaron Rodgers with half a head of raw bloody scalp and half of his gelled up brown hair in the helmet that is laying on the field, still spinning.
Possible Injury: Half hairy head.
Possibly Out For: One play (required after a player loses helmet)

Rob Gronkowski, TE, NE
If Gronk ‘s in your lineup, there ‘s a possibility that he gets a hold of a plastic shopping bag in the locker room after a game, accidentally pulls it over his head, and begins suffocating. His teammates laugh and say how goofy and funny Gronk is but pay him no mind. Now writhing on the floor, an equipment manager comes around to get Gronk ‘s stinkies but realizes Gronk is actually not joking and removes the plastic bag seconds from him falling unconscious. That could happen around week three.
Possible Injury: Non-fatal asphyxia due to goofing around.
Possibly Out For: The post-game press conference. But probably not.

Peyton Manning and Tom Brady, QBs, Den & NE
Brady and Manning are usually reliable picks but it could happen that a rookie referee will not call roughing the passer every time anyone gets within three feet of either Peyton or Tom, thus freeing defenders to treat them like all the other QBs and crush their old withering bones.
Possibly Injury: Broken bones, torn ligaments, concussions, all the top injuries.
Possibly Out For: As long as it takes them to get their hands on the miracle anti-aging serum the government has developed and only gives to the richest and most successful men in America

Marshawn Lynch, RB, Sea
A defender could fall on Lynch ‘s leg and hyperextend his toe during a pileup after a short gain.
Possible Injury: Turf toe (sounds small but turf toe could and has ended many careers, which is pretty brutal if you ask me)
Possibly Out For: Career

Julio Jones, WR, Atl
A very solid WR pickup but there ‘s always a chance Jones will be standing on the sideline in week three while Matt Ryan is being carted off the field with a mild concussion. The cart gets its accelerator jammed and crashes into Julio, running him over, breaking both legs at the calf and crushing his pelvis. The driver panics and jumps out of the cart, hurtling the injured and laid up Matt Ryan into a marching band that was getting ready to play at halftime. Ryan is not injured further but he witnesses up close seven band members being plowed over and numerous others being concussed by flying tubas and other various horns.
Possible Injury: Two broken legs and shattered pelvis for Julio
Possibly Out For: Rest of season

Buffalo Bills Defense
The Bills defense might be the best in the NFL but you want to look out for the chance that the Bills defense could be heading out of the locker room when all of a sudden 50 kegs of beer that a bumbling stadium employee stacked precariously on old pallets tumble out of the vendors ‘ supply closet and roll down the tunnel leading to the field. The kegs could take out all the defenders from behind, crushing their legs and splitting their noggins after they fall backwards without their helmets on.
Possible Injury: Achilles tears, stitches in head, concussions, keg-sized bruises on butts
Possibly Out For: 10 ’12 weeks

Adam Vinatieri, K, Ind
Owners who pick up Vinatieri as their kicker should realize that all kickers have normal-man bodies and could be completely shattered by the slightest touch from a real football player.
Possible Injury: Literally anything
Possibly Out For: Long enough to forget about him because you easily got another kicker who is just as good 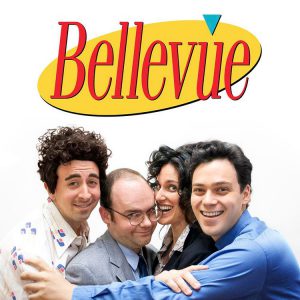 I ‘ve had my Apple Watch for 30 days and I ‘m comfortable being the one to say it: I ‘m still reeling in the same amount of pussy I was reeling in before the Apple Watch existed. 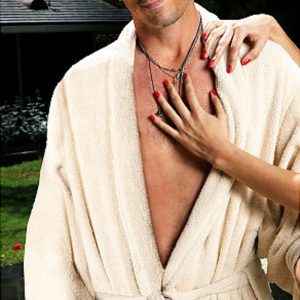 The best of the best from last week’s Hashtag Wars on @midnight. Monday-Thursday after Colbert on Comedy Central. 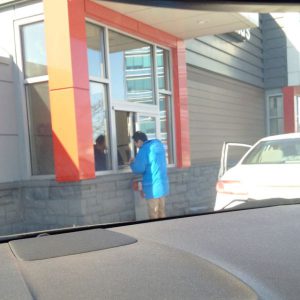 TFW you deliver pizza for a living but would rather eat something else.