Kentucky ‘s most notorious county clerk, Kim Davis, was released from jail yesterday, where she was locked up for six days (twice as long as Jesus!) for refusing to issue marriage licenses to same-sex couples. Davis did so on the basis that it went against her religious beliefs and many conservative Christians have hailed her as a martyr for it.

Upon her release, Kim Davis joined a crowd gathered to praise her bravery and celebrate her release outside of the jail along with Mike Huckabee, her husband, and her lawyer. As she took the stage, Survivor ‘s epic anthem ‘Eye of the Tiger” blared over the loud speakers. But the band immediately clarified on their Facebook page that ‘NO! We did not grant Kim Davis any rights to use ‘My Tune – The Eye Of The Tiger. ‘ “

Sure, that ‘s probably incredibly frustrating for the band, but we did a close reading of the lyrics to their popular rock ballad, and to be fair they uphold Davis ‘ bigotry almost perfectly. Check it out.

We aren ‘t politicos, just highly trained literary enthusiasts who can ‘t help but find meaning in these words. To the band Survivor, take solace in the fact that your lyrics have inspired more dope things than shitty things like this. To Kim Davis, your cowardice may read as bravery to some, but we can see right through it. To quote Shakespeare (I think?) , you ain ‘t cute, you ain ‘t brave, you ‘re a hater through and through.

We made this sketch over thirty years ago… 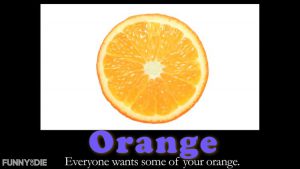 Everyone wants some of your orange! 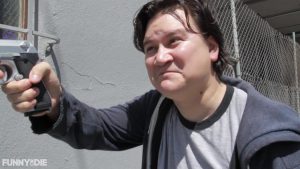 THANK GOODNESS the prom committee didn’t go with the Pro-White theme. That would’ve been mortifying! 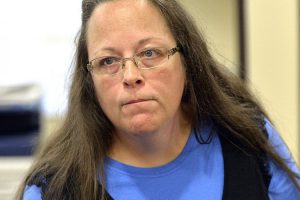 I wanted to get on unemployment. But I miscalculated and now I ‘m going to jail and I ‘m scared and this whole thing seems really unfair.