1. Will your first-round fantasy pick break his leg in week one?
Yes, but I ‘m sure the guy who sits next to you at work will want to hear all about it on Monday.

2. Raiders vs. Bengals: Will the Raiders write Los Angeles in the end zones to slowly trick their fans into thinking the Raiders were an L.A. team all along?
It would be the most humane way to slowly take Oakland fans ‘ football team away from them.

3. Did any of the NFL on CBS studio crew get a bold new haircut?
J.B. with a high-top fade? Boomer with a bowl cut? Coach Cowher with loose, shoulder-length curls? All of these are possible.

4. Browns vs. Jets: Can any of us name two active players on either of these teams?
Johnny Manziel and ‘ um ‘ Brandon Marshall and ‘ um ‘ Tim Couch maybe?

5. Will a referee reach for a penalty flag at some point and accidentally pull his underwear off and throw his dirty unders in the air?
Oh boy I hope so. And I hope it ‘s Ed Hochuli. I bet he wears red briefs.

7. What will the NFL be like without concussions?
In short: it ‘s gonna be awesome. Russell Wilson ‘s nanobubble technology has officially wiped out the threat of concussions in the NFL, so players are free to fling themselves (and their indestructible brains) around with even less abandon than before.

8. Eagles vs. Falcons: Will The Eagles live up to the hype?
No. Well, almost definitely no. Anything is possible, it ‘s just very very very unlikely. They ‘re the Eagles, come on!

9. Will the Patriots go beyond cheating just for themselves and cheat the Buccaneers into the Super Bowl?
Tom Brady ‘s getting old and New England can ‘t run the risk of facing Seattle again. Belichik is always one step ahead of us.

10. Giants vs. Cowboys: Which Eli Manning will show up against the Cowboys?

11. Will anyone let a female reporter up in the broadcast booth?
Most likely, no. The NFL has a long tradition of only letting women talk into a microphone while standing on the grass and dirt of the field. The men talking into a microphone need the climate-controlled, padded chair area of the broadcast booth to be a safe space for them to belch and say words like ‘dick” and ‘pussy” without threat of harshing a feminine sensibility.

12. Packers vs. Bears: Will Aaron Rodgers and Jay Cutler reveal that they are brothers and that Aaron still signs Mother ‘s Day cards ‘From Aaron and Jay” even though Jay didn ‘t even realize it was Mother ‘s Day and was too busy lighting bugs on fire with his cigarettes?
Seems like it might be the case.

13. Will any punters be allowed to pick the pregame locker-room music?
Would end a 20-year drought. Hasn ‘t happened since Jeff Feagles played Blue Traveler ‘s ‘Run Around” in the Cardinals locker room before the team went out and lost to the 49ers by 30 points in 1995.

14. Where do we go when we die
Some say heaven or hell, some say nowhere, but the best way to not let the question consume your life is to distract your mind with arbitrary myths and meaningless games like love and football.

What Happens When We Die? [COMIC] 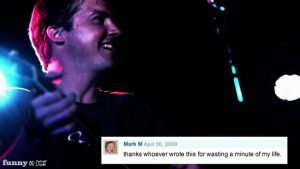 “Internet Feedback” is a song composed of real quotes from real people. Stuckey & Murray took their favorite comments from their Youtube videos and here is the result. That’s John Foti on accordion and Nina Mozes on flute. Buy the album on iTunes and Amazon. 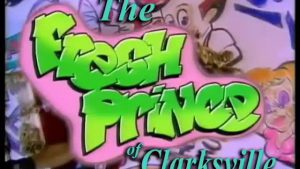 A mashup from “Monkee Mash”, available at http://www.mediafire.com/?b4uk8q70flfw6a3 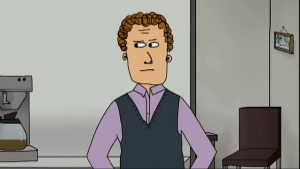 Tim suffers a slip of the tongue. 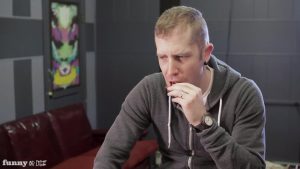 The Nix brothers attempt to interview comedian Andrew Orvedahl for their documentary about The Grawlix.