To Whomever Finds This Note:

When the U.S. government entrusted me with its top secret time machine, I was given one task and one task only: to kill Hitler. They were very clear about my mission. I was to head directly to 1889, the year little Adolph was born, poison him before he could even take his first step, and travel straight back to 2015. I trained in a top secret military facility for five years in preparation for my task, and I swear to God I had every intention of going through with it. But here ‘s the thing, once I hopped in the time machine and started traveling backward, I couldn ‘t help but get distracted by the awesomeness of the ’90s.

And let me tell you, it was as amazing as we all remember it. So amazing, in fact, that I never wanted to leave. So I didn ‘t. And I won ‘t. Ever. Fuck you if you want me to go to shitty 1889 or come back to shitty 2015. You ‘ll have to build a new time machine and drag me back yourselves.

Before you get too upset, put yourself in my shoes for a moment. Imagine it ‘s 2015 (for you, it is). Climate change has brought Earth to the brink of environmental catastrophe. The job market is awful. College debt is out of control. Donald Trump is a serious presidential candidate. Pitbull is featured on half the songs on the radio. ISIS is beheading people left and right. Thanks to the Citizens United ruling, corporations are able to basically buy elections. The wealth gap has reached astronomical levels. Mass shootings happen daily. And it takes forever to get through airport security.

Now imagine you hop in a time machine and start heading backwards. The economy slowly improves. Dubstep disappears. So does AutoTune. The twin towers stand back up. Two shitty Jurassic Parks get un-made. All reality TV except for The Real World disappears. Guts and Double Dare go back on the air. Flo from Progressive is replaced by the Taco Bell chihuahua and the Budweiser frogs. And, oh yeah, Michael Jordan briefly plays for the Wizards, then the White Sox, then starts absolutely fucking rocking your world on the Bulls. Sure the internet disappears, but you look at screens less and less and your brain ‘s ability to read long articles and dense books returns. Basically everything becomes incredible. Not to mention you can suddenly afford an apartment in New York City.

And you expect me to leave all that behind and just keep cruising back through the Vietnam war, the Jim Crow era, the depression, and a couple of world wars just to kill one Hitler baby? Sorry man, I ‘m happy right where I am: surrounded by snap bracelets, Dunkaroos, and Koosh balls.

And you ‘re not going to want to hear this, but once out of pure guilt I actually did go back and kill Hitler. And guess what? Some other dude named Helwig rose to power instead, did the Holocaust anyway, and won the war. It was a major clusterfuck. I had to go back a second time and stop myself from killing Hitler and that was just a whole thing I don ‘t want to get into here. Needless to say I gave up trying to work it all out and came back to my sweet sweet ’90s.

Sure, I could take the time to go back a few more times to figure out a lasting solution to the whole Hitler situation, but I ‘d much rather just keep on living and reliving the raddest and baddest (remember, ‘bad” means ‘good” back here) decade on loop. I think I ‘m on lap 42 by now? And it just gets better every time! I usually use the time machine to skip over the Rwandan genocide and the Oklahoma City bombing because they totally kill that carefree ’90s vibe I love, but otherwise the decade is pretty incredible from beginning to end. Well, not the end end. I usually turn back right before the Columbine shootings in 1999. I ‘d rather not relive the worst school shooting of all time.

Oh wait, I forgot, to you it ‘s not even close to the worst school shooting of all time, because you live in the garbage year of 2015 when the carnage of Columbine almost seems quaint.

God the future blows. So does the past. The ’90s are literally the only place, I ‘m sorry, the only time, I ‘m living in ever again.

Just picture my life! Kids are getting slimed on Nickelodeon like all the time! Sonic the Hedgehog was just released! I ‘ve been on Supermarket Sweep at least a dozen times by now! And I can ‘t even count how many times I ‘ve seen Nirvana play live.

Anyway, all this is just to say, sorry for hijacking your multi-billion-dollar piece of hardware, but I ‘m going to hang out here in the 1990s, well, forever. If you still want to find a way to prevent the Holocaust, by all means build another time machine and send some other schmuck back to do your dirty work. But make sure he doesn ‘t get a glimpse of this ’90s Valhalla or he ain ‘t leaving. Trust me. That ‘s why I wrote this down and buried it in a time capsule for someone to open in 2015. I wouldn ‘t dare come back and deliver this message in person and risk getting stuck back in the future (aka ‘the present” to you). Enjoy your shitty economy and war on terror.

P.S. You can fucking have CGI, I ‘m having my mind blown by Magic Eye posters on the reg.

Do you experience feelings of unease when you see a woman breast-feeding in public? Are you a man who has sex with men who wants a back-up plan? Do you often feel like the woman in the awesome pantsuit from Superman II is under appreciated? If so, this episode of Throwing Shade might be right for you. Listen to the full episode here: https://itunes.apple.com/us/podcast/throwing-shade/id479583266?mt=2 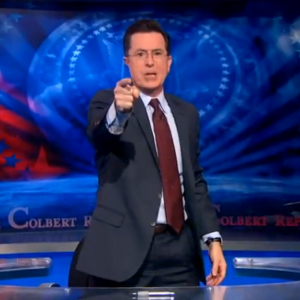 Do you have a condom? 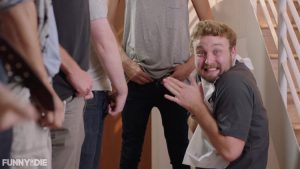 Owen Benjamin gives some general life advice for the world. http://www.owenbenjamin.com for more! 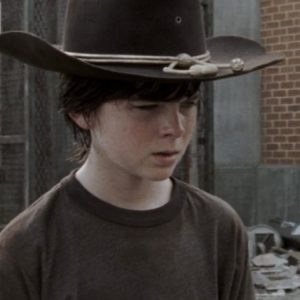 Am I the Carl Grimes of my friend group? 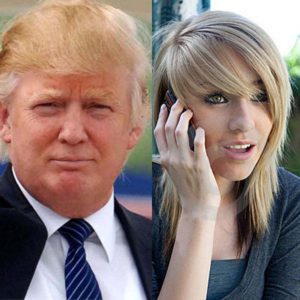