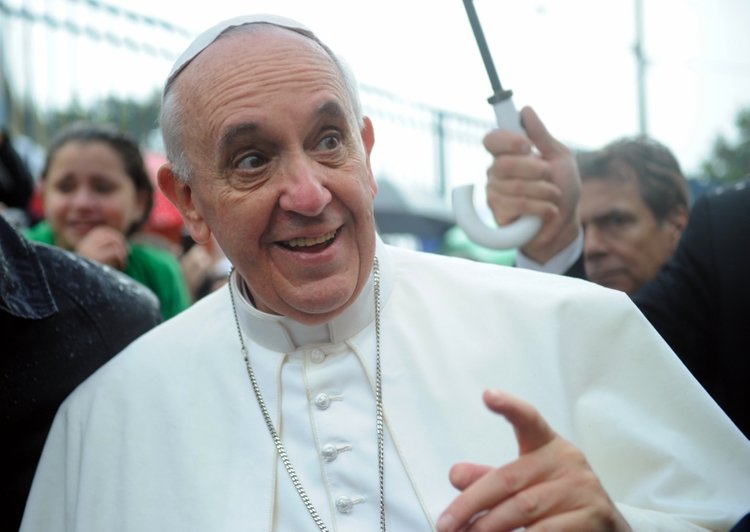 Pope Francis arrived in Washington, D.C. today for his first visit to the United States. The Pope, who has never been to the U.S. in his life, will also be making stops in New York City and Philadelphia in the coming week.

What are Pope Francis ‘ first impressions of the U.S.? We have a copy of his private diary entry, which sums up his first thoughts.

Today was such a big day for me! I arrived in the United States of America for the first time ever in my life today. I am 78 years old, so I ‘m not sure how I avoided this place for so long. It ‘s pretty famous. Ay, dios mio!

Everyone always makes a big deal about the U.S. Everyone says America is ‘awesome!” It ‘s where you ‘live the American dream.” It ‘s the ‘land of the free and the home of the brave.” Also, something about a ‘big melting pot.” But so far, I ‘m kinda disappointed. I have not seen this big melting pot of cheese everyone talks about. I brought some Italian bread to dip in that cheese so I could have some fondue. But no melting pot of cheese. Maybe it will be in Philadelphia with this ‘cheesesteaks” food?

Today, we visited Washington, D.C. So far, we haven ‘t done much except drive past a bunch of churches in my Popemobile. Ugh, I ‘m so sick of looking at churches when I ‘m on vacation. The churches were okay, I guess, but not that big compared to my church in the Vatican. They also keep making a big deal about this ‘St Patrick ‘s Cathedral” in New York City, but how cool can that church be, really? I ‘m The Pope. It ‘s hard to be impressed by churches once you ‘ve lived in my giant, gold-encrusted church, St. Peter ‘s.

Plus, how am I going to get my American to-do list done if these people keep driving me around to stupid churches? Things on my list that have not happened yet: I have not seen even one bald eagle. I have not drank a Miller High Life with Oprah. No one has taken me to Walmart to buy inflatable pool toys and fireworks. I have not yet measured my penis in inches. No one has pointed a gun to my head. However, I did hold an American football in my hands, and it was not round, so I do not understand how it qualifies as a ball.

By the way, did you know that Bruce Springsteen is not singing his ‘Born in the U.S.A.” song everywhere I go? That seems like a lost opportunity. If I have one request for you in my prayers tonight, Dios, it is that you have Bruce Springsteen play that song more often in America, por favor.

Overall, I ‘d say the U.S. is like a dirtier Canada, with people who aren ‘t as nice. And while I ‘ve never visited Canada because it is too cold for my hot, Argentinian blood, I hear that this is what you say when comparing these two countries.

P.S. There is a man named Donald Trump here. Everyone keeps mentioning him. What ‘s his deal? Good guy?

If your stance on the Wonder Woman film gets you labelled anti-feminist, maybe this support group is for you.

James Bond is well known for traveling the world in search of spies, assassins, and SPECTRE, however little do his enemies know he is really just chasing that Pikachu! Pokemon Go fever can affect just about anybody. 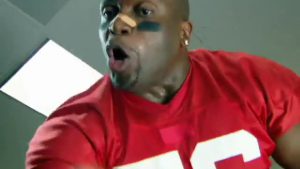 Terry Tate Office Linebacker shows you how to get out the vote. 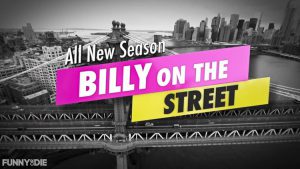 ‘Funny Or Die ‘s Billy on the Street ‘ season premiere at 10:30 p.m. Oct. 8 Emmy nominated comedian Billy Eichner returns to the streets of New York City to surprise unsuspecting pedestrians with quick-witted, rapid-fire questions on pop-culture. This season, some of the biggest names in Hollywood will hit the pavement with Billy as the show moves to its new home on truTV, including Chris Pratt, Will Ferrell, Anna Kendrick, Julianne Moore, and more!