The Trans-Pacific Partnership Trade Deal was reached on Monday, making it the ‘largest regional trade accord”of all time! Wahoo!

Not sure what the hell we ‘re talking about? That ‘s okay! It ‘s sort of confusing and it ‘s Monday and we can give a whole bunch of excuses that don ‘t reveal the fact that you ‘re honestly a bad, uninformed citizen. Just kidding. Let ‘s break this bad boy down for ya!

So the Trans Pacific Partnership Trade Deal, or the TPP for those in the know, is a deal to help ease and promote trade between the United States and 11 other countries along the Pacific Rim.

The countries that are currently participating in the TPP make up 40% of the global economy and have a combined GDP (Gross Domestic Product) of around $28 trillion. Das a lot of money!

This agreement took eight years of lots and lots of back and forth between all the countries before it was reached. That ‘s like a very frustrating group text where everyone is your friend Deb who needs special attention or she will get grumpy.

The deal aims to ease and phase out tariffs that have put hinderance on international trade in hopes of also promoting e-commerce and intellectual property communications. It ‘s 2015 bitches and the Internet rules everything.

A lot of people are worried the TPP will be harmful for the environment and wild critters on this planet. Those people say the trade values business over workers and the climate, but authors of the agreement say this is the most environmentally conscious trade agreement ever written. This will be something that ‘ll become more clear when the full agreement is made public.

This is also the first trade agreement of this size to have provisions to help smaller businesses that are not as equipped as large corporations to handle international trade.

What ‘s coolest about the TPP is that is is an ‘open architecture” agreement so that other countries can easily join in on it if they decide it ‘s mad cool.

Now while the agreement has been reached it still has to go through Congress to be approved and go into affect. Lots of people on both sides of the political spectrum have vocalized both support and disapproval of the TPP. It might be the only time Bernie Sanders and Donald Trump have been on the same side of an argument. (They ‘re both against it.)

So now we wait to see what Congress wants to do with the deal, but don ‘t hold yer breath because this isn ‘t going to be an easy breezy one, folks. But until then, feel free to tell people what you now know about the TPP!

Time to focus on on what’s important.

Donald Trump is unfit to be president, but his words have proved that he’d be a pretty okay rapper.

Jared Kushner may be a Senior Advisor to President Trump, but at home he answers to the only Trump that matters, his wife Ivanka. 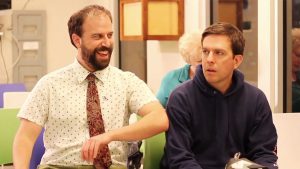 Mr. Celebrity teaches you all of the ways to meet your favorite TV and movie stars in this handy little video. 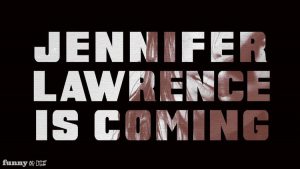 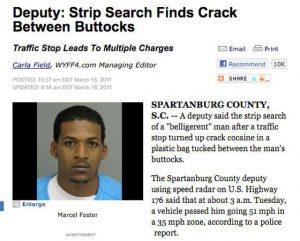 Most Obvious Headline Ever? Perhaps. But Breaking News No Less.