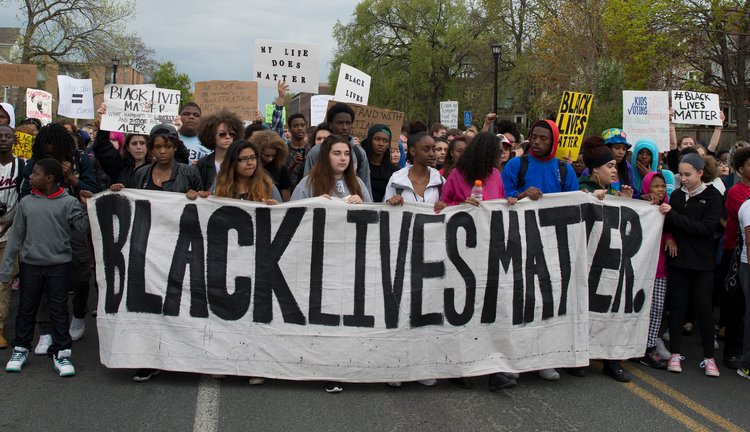 ‘Black Lives Matter” is a movement dedicated to fighting policing and incarceration policies that seem to disproportionately affect and target African-Americans.

But there are many who find the movement ‘s name offensive and exclusionary to those who are not black. These critics argue that to be more inclusive and accessible the movement should be renamed ‘All Lives Matter.”

Are the critics ‘ arguments reasonable or unfounded? To put the issue in context, see below for a look back at some other historical movements that were plagued by similar controversies in their time.

1) The Fight to End Cancer

The ‘Fight to End Cancer” was (and is) a movement dedicated to eradicating cancer, a disease that disproportionately affects cancer patients.

Much like with ‘Black Lives Matter,” many found the movement ‘s name offensive and exclusionary to those who did not have cancer. ‘What about people with flu, fevers, and other ailments?” critics said. Would it have killed these short-sighted cancer crusaders to be a bit more inclusive and call their movement ‘The Fight to End All Diseases of Any Kind Ever?”

The ‘Women ‘s Suffrage Movement” was dedicated to securing women ‘s right to vote ‘ a right which was specifically denied to women until 1920.

But many found the movement ‘s tactics to be offensive and exclusionary to men. It ‘s true that men could already vote at the time, but still ‘ why couldn ‘t these feminazis have named their cause ‘The All Person ‘s Suffrage, Regardless of Gender (Even Though Technically One Gender Can Already Vote) Movement?” Seems like they might have won more hearts and minds that way!

The ‘Save the Children Foundation” was created in 1919 to promote better education, health care, and economic opportunities for children. Bet you can guess where this one ‘s headed ‘

Obviously, the adults weren ‘t super thrilled with the ageist, exclusionary name and wanted to know why the foundation couldn ‘t have just been called the ‘Save the All Ages Foundation.” Sure, hindsight is 20/20, but you ‘d think these people might have thought first before pissing off adults everywhere with such an obviously offensive name!

While not technically a ‘movement,” the Holocaust Museum is an edifice dedicated to a specific cause: remembering the Holocaust, a historical event that primarily affected Europe ‘s Jewish population.

While most people acknowledge the Holocaust as a terrible tragedy, many have taken issue with the museum ‘s name and purpose. Wouldn ‘t it be a more accessible place if it was just called the ‘Museum to All Deaths Everwhere, Anytime, Ever” instead of severly limiting itself to just one tragedy? Big missed opportunity guys!

Well, there you have it. If history has taught us anything, it ‘s that no one likes to feel excluded! By placing the ‘Black Lives Matter” in context with these totally real historic controversies, it ‘s easy to see that its critics are merely reacting how people have always reacted and that their opposition is in no way based in racism or prejudice! 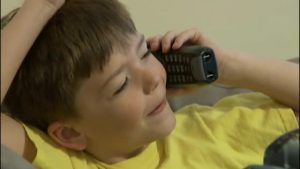 Finally a cure for hyperactive children. 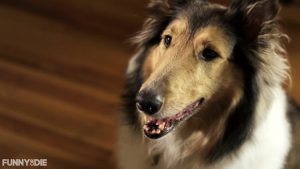 Ever wonder what your dog is thinking? A new product called S.A.D, reads your dog’s mind and translates its thoughts to you. Funny or Die: We are interested in working with you on future sketch productions, if there are any openings as a writer, director, DP, or editor. View the behind-the-scenes video here: https://www.youtube.com/watch?v=sWLT0t6nrIo 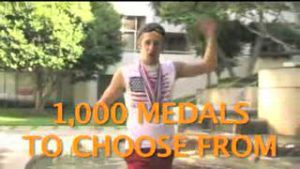 Wondering what Michael Phelps is up to now that the Olympics are over? 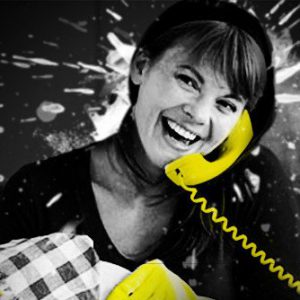 The ‘Sin City’ films have a distinctive visual style, a style that can add a whole new life to generic stock photos found on the internet. 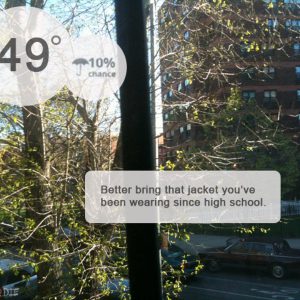 I got my hands on a Google’s “Project Glass,” better known as “Google Glasses.” Surprisingly, they were very inappropriate. Google needs to work to work out the kinks before unleashing these on the masses. I took some screenshots of the messages it gave me as I went about my day. Take a look. 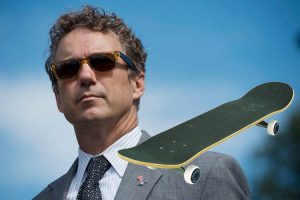 At a presidential candidacy rally on the Pentacrest last evening, Rand Paul really tried to do a skateboard trick.