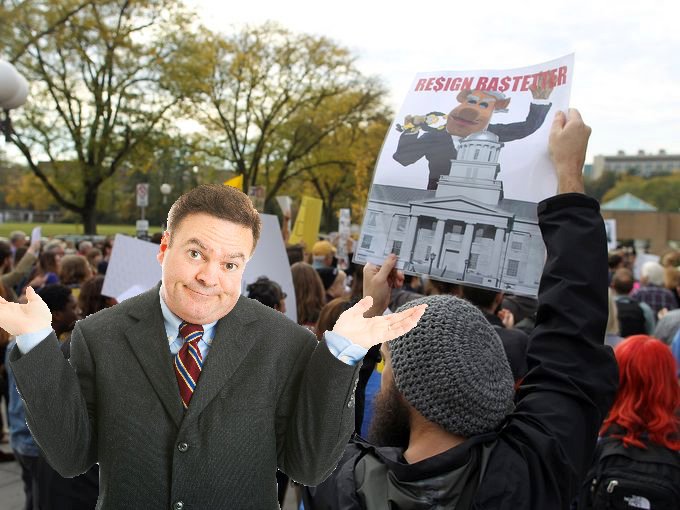 By: Funny Or Die UIowa

IOWA CITY, IA- Campus nearly imploded early last month when the Iowa Board of Regents appointed Bruce Harreld as the University of Iowa ‘s 21st president. The controversy arose after a graph displaying Harreld ‘s comparitively awful 1.8% staff approval rating as a qualified option to take over the position found its way onto the front page of the local newspaper. Many point to Harreld ‘s lack of school administration experience as reason for him being under-qualified, while bolder allegations suggest that Harreld was selected because of his extensive, accomplished background in business and that the Board of Regents was treating the university as though it were a corporation.

Surprisingly,this is not the first instance of an American university being accused of operating more like a business than an academic institute striving to better educate and prepare students for the workforce. Those who make such claims cite the +1000% increase in college tuition since the late 1970 ‘s, which has led to over one trillion dollars in student debt. Further, some point to the notion that universities are in a never-ending competition to out-spend each other for newer and better facilities to attract more students, with multi-billion dollar projects like new stadiums, new althetic complexes, or discordantly better residence halls, as they ignore older buildings in desperate need of renovation. But hey, rock walls are dope, right? You know, statistically.

Since the hire, day-to-day life for students and faculty alike has been reduced to something resembling a warzone, having been affected in every conceivable way. The last straw, however, came when plans to renovate the presidents ‘ 104 year-old residence on Church Street were made public. Said renovation was to fix over 80 problems with the house, including cracks in the walls and floors, and was estimated to cost 1.5 million dollars,about .02% of the school ‘s projected 2015 budget. In direct response, at 3pm on Wednesday afternoon, an organized group of students, faculty, and community members gathered outside the Iowa Memorial Union to protest the Board of Regents during their Open Session held in the IMU ‘s Grand Ballroom.

‘Oh man.We had no idea everyone was wiggin ‘ out over this whole thing. Seriously, I hadn ‘t even scoped that pie chart until today.” said Bruce Rastetter with shock, president of the Iowa Board of Regents and member of the board of directors for Iowa Premium Beef, ‘We are going to tell that crazy cat to flake off and everything will be fine as wine.”

Another Board of Regents member, Katie Mulholland, was also taken aback by the display. ‘Wow. A business? I had no idea that we had begun to operate that way. But when I saw that word on the protesters signs, I had to agree. This is a school, not a business, and very clearly this way of operating is antithetical to the very concept of higher learning! Duh!”

After the open meeting, Rastetter announced to the gathered press the Boards ‘ unanimous decision to immediately relieve Bruce Harreld of his duties, citing the whole thing as ‘a major oopsie.” Following the announcement of Harreld ‘s dismissal, thousands took to the streets of Iowa City to celebrate the victory of the underdog protestors. What felt like a thousand-year reign of terror had finally concluded, leaving students and faculty in a jubilant state of the acknowledgement that the education of our citizens is a public good, not an opportunity to generate profits and put young people in inconceivable debt.

We spoke to one of the protestors, Martha Goranson, as she took a break between jubilant philosophical discussions on the ideals of education. ‘Wow, yeah. I guess I learned that changing institutions long rooted in corruptions and corporate sponsorship can be as simple as just letting the powers that be know that we ‘re on to them. This public discourse thing is pretty neat. Oh man, is that Rastetter buying all the protesters a round of beer and engaging them in thoughtful conversation? Sorry, I gotta get in on this!”

Alex Shane Moore is a creative writing student at the University of Iowa. He is a member of the improv group the Great White Narcs, is active in stand up, and lives with his cat.
Edited by Jocelyn Coffman. 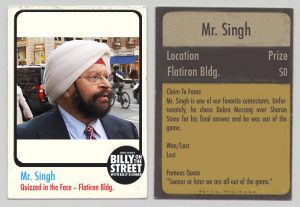 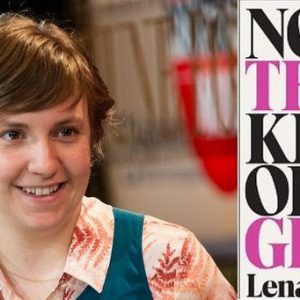 Weird how no one heard about that knife-fight with ‘Broad City’ before this. 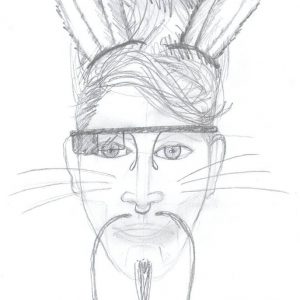 Drawing faces takes a lot of practice. But by following these guidelines, artists of all levels of ability can learn to draw a face that has the correct proportions, and does not depict the prophet Muhammad. 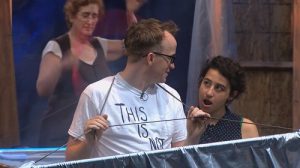 Chris Gethard and Broad City’s Ilana Glazer take a call from a man with a very distinctive penis. “The Chris Gethard Show” airs Thursdays at 10PM ET only on FUSION. 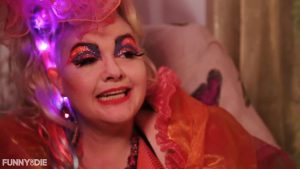 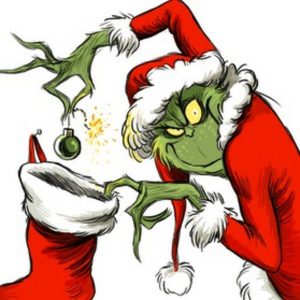 He’s climbing down your chimney, snatchin’ your Christmas up