He defended a statement he made in 1998 where he said, “My own personal theory is that Joseph built the pyramids in order to store grain” and that scientists believe aliens created the pyramids. If you ‘re quiet for a moment you can hear a resounding “BOOOO!” from the scientific community and fifth graders obsessed with mummies from all over the world.

Along with archaeologists and elementary school Egypt enthusiasts, Ben Carson ‘s old buds are also hopping onto the “nah, homie” train. Chugga! Chugga! CNN has been doing research on Carson ‘s alleged violent childhood, one filled with Carson trying to kill and often beating up other kids. Except the only person who remembers Carson ‘s bad temper is Carson himself.

This train is really picking up speed and to amp up the hype going we ‘re gonna play Ben Carson ‘s radio ad aimed to young African American voters that ‘s really good!

Ah fuck, now we ‘re riding that tainted truth train because this rap is bad. Sorry, we got caught up in the excitement. This rap is pretty terrible.

Our last not-very true stop is Carson ‘s oft mentioned full-ride scholarship to West Point, to which West Point has kinda come out and been like, “Never seen you in our record books, who dis?” Also, for what it ‘s worth, West Point is free if you ‘re accepted ‘ Sooo ‘ Maybe we all should have caught that lie earlier?

What a ride! Surely as his campaign continues there will be more attractions to go visit! 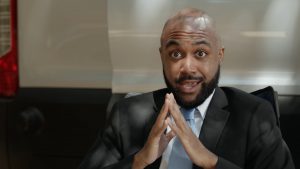 ?If your political rivals can ‘t catch your RV in the streets, then they won ‘t be able to catch you in the polls 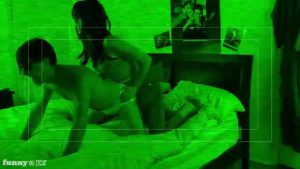 Cher recently admitted Tom was one of her top 5 greatest lovers of all time. IF they had made a sex tape, this is how we imagine things went down. WARNING: it gets weird. New vids every Tuesday, subscribe here! http://bit.ly/TarynSouthern Follow Evan Ferrante on Twitter: @not_tomcruise Subscribe to NOT TOM CRUISE! http://www.youtube.com/user/evanskye Shot by Brad Etter: http://www.twitter.com/bradetter Edited by: Chris Dela Cruz – htttp://www.underground.net Also thanks to Steve Stewart and Will Keenan for making the intro – http://www.twitter.com/willkeenan

My 12-year-old niece hates my guts but loves Beyonc ‘. As a ’90s man, this Eddie Vedder duet is my one chance to connect with her.

Russian president Vladimir Putin and his horse Ivan address the DNC email hacking scandal and would like to make sure everyone knows that Russia would never interfere with American politics. Not even for his biggest fan Donald Trump.