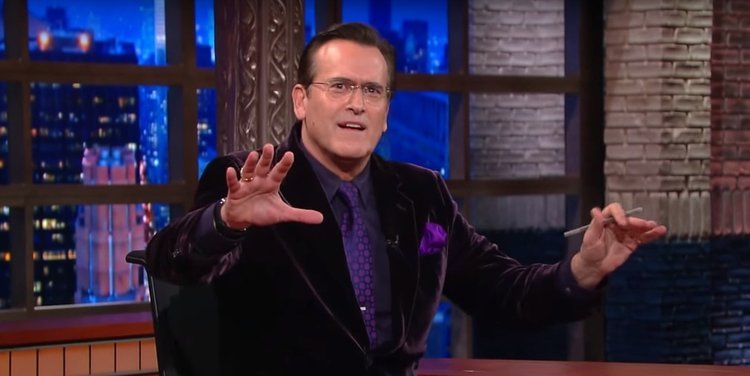 First, a clip that ‘s technically not from last night: Earlier this week during a visit to The Late Show With Stephen Colbert, Lucy Lawless convinced her Ash vs Evil Dead costar Bruce Campbell to put on his glasses and do an imitation of Colbert, and thank goodness she did because Campbell ‘s got a remarkably spot-on impresh, down to his very concise line of dialogue.

And now for some more Colbert: Yesterday the host provided viewers with his take on the Christless Christmas Coffee Cups Controversy of 2015 ‘. Colbert even pitches a new cup design that might make anyone complaining feel a little bit better about drinking their hot beverages.

Over on Jimmy Kimmel Live, we learned that Rob Lowe thinks gay hookup app Grindr is for fans of The Grinder. He doesn ‘t really think that does he, though, I hope, because then he ‘d be wrong, and he probably hates being wrong, because who likes being wrong?! That ‘s a topic for another day, though.

Finally, on Conan, Jesse Eisenberg spoke about his family ‘s vegan Thanksgiving tradition, or as they call it, Thanksliving. Conan ‘s not on board but is nice enough to hear Eisenberg out.

Ryan M. was sent home from ‘The Bachelorette’ last night and he’d like to apologize for his inappropriate behavior. 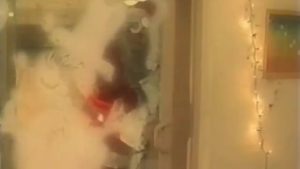 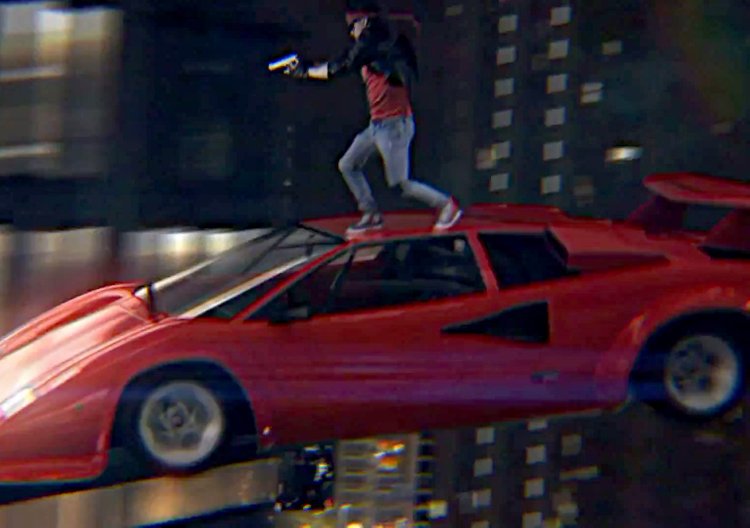 A renegade cops travels back in time to kill Hitler and you can watch it for free? What an incredible world we live in. 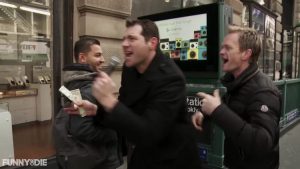 Neil Patrick Harris and Billy Eichner take to the streets to find out how New Yorkers feel about the end of How I Met Your Mother in this week’s Lightning Round from Billy on the Street!

This episode The Shirtless Painter is joined by special guest Louie Anderson (Baskets, Coming To America) and the two paint the friend that they would like to have in their life. Anyone can paint and anyone can paint anything! 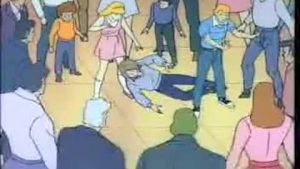 The old GI Joe PSA gets down.