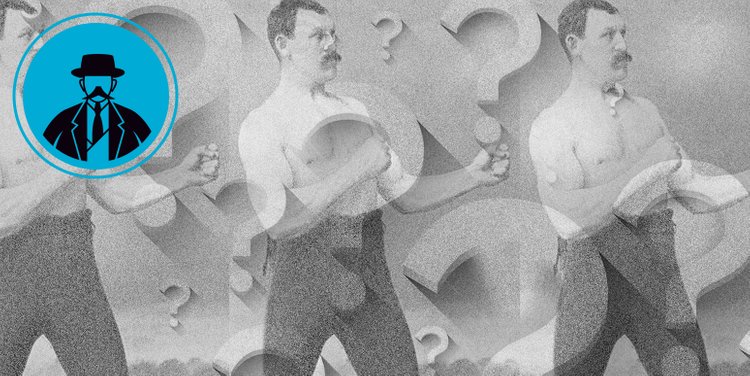 Other men make me SO mad sometimes! Don ‘t get me wrong, I like most other men, but sometimes the bad ones get me so angry that I want to wrestle them to the ground and pound their head and chest until they bleed and cry out, ‘You ‘re better than me!”

Stepping up to the plate and fighting another man when necessary is essential to a youngster ‘s passage from little baby BOY to big strong handsome MAN. And if you ‘re able to fight in a cool way then, brother, you got the world by the balls.

Below is a guide to beating another man up but in a cool way.

Start now. Find some dumbbells and start cranking out reps because when the fight comes, you won ‘t be able to noodle-arm your way into a win. Forget strengthening your legs, back, or any of those other ‘vanity muscles,” focus solely on the ‘punching muscles” (biceps and whatever muscle the bench press strengthens).

When lifting weights, looking cool is as easy as finding a mirror and watching your muscles ripple under the strain of 20 ’25 lb. free weights. If possible grunt, but not too much. Grunt level should be somewhere between taking a chicken wing dump and breaking a pencil in half.

**Note: Ironically, places where you lift weights (the gym, muscle beach, etc.) are both the easiest and worst places to get in a fight. Everyone thinks they can beat you up and they probably can. So be sure to act cool around other lifters, you ‘re gonna want to go far away from there when you end up finding your fight.

2. Don ‘t, like, obviously want to fight.
For whatever reason, being a red-faced sweating maniac ready to rip the head off anyone who looks at you cross-eyed is generally considered ‘not cool” in P.C. 2015. However, there are plenty of cool ways to provoke fights without looking like the instigator. Here are a few:
-Spill beer somewhere.
-Act like you ‘re all that.
-Rub another man ‘s wife ‘s shoulders while talking to her in Italian.
-Tell another man, ‘I told you so” when his football team gets beat by another shitty football team. Whether you actually told him so or not.
-Make this face at anyone, anytime:

4. Get angry at some dude and ask him, ‘You wanna do this?” loud and clear.
Now that you ‘re prepped, all that ‘s left is finding some dude to get angry at, getting angry at him, and voila! You ‘re in a fight. Be sure to yell, ‘You wanna do this?” 100 ‘200 times before getting anywhere close to him. It ‘s a good way to indicate that you ‘re serious about fighting and covers your bases, legally.

5. Picture a bunch of hot women watching.
Once you ‘re in the fight it ‘s time to focus on beating the shit out of the other man. Fights hurt, so it will be easy to get hit once or twice and be like, ‘OK, that ‘s enuff 4 me, byeeeeee!” and lose. But imagining there are a bunch of hot chicks surrounding the fight and judging your every move will make you think twice. The key to this is imagination, because in reality there will definitely NOT be a bunch of hot chicks around. AT MOST, it will be your girlfriend and the other dude ‘s girlfriend screaming at you to stop being an asshole. More than likely the fight will happen in a bar restroom and the only audience will be a few guys dropping a piss.

However, once you start picturing all those hot blondes (you know, with the long legs up to here ‘ mmhhmmm) circling your fight and cheering every blow while laughing at every miss, then your back will tilt straighter, your fists will fly swifter, and you ‘ll be more vigilant about not shouting, ‘Ouchie that hurts” and running away. Which would be very uncool.

6. Walk away doing the dusting-off-hands motion.
Since there are no referees or scoring systems to declare a winner, the only way to know who actually won is to see who does the dust-off hand move. Even if you ‘re dragging your now-dead legs down the street leaving a trail of dark red blood in your wake, throw up the dust-off motion with your hands (and maybe throw in a ‘ ‘and that is that”) and every person around will know that you won ‘

Congratulations!
You just beat another man up, but in a cool way!

Whoa, buddy. Clarence Thomas came out of a 10-year-long silence with a very boring question. 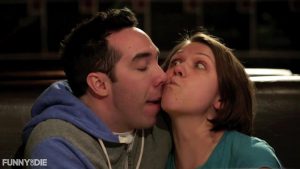 Just getting a dwink at the Mermaid Tavern. 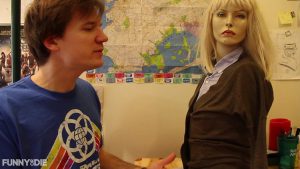 Trevor and Caroline are great friends and roommates. They often sit down together to eat lunch. Today they cook eggs! But Caroline is being her usual self and playing some tricks on Trevor.

The second in the series of ‘information you most likely didn’t know about stuff… ‘. This time it’s about The Beatles.

Bane (Chris Kattan), once the terror of Gotham, takes time out of his tropical holiday to send President Donald Trump a message. STOP JACKING MY STEEZ! 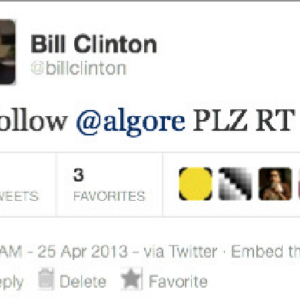 Bill Clinton was finally verified on Twitter and is ready to rock. Here’s a taste of his first batch of tweets.