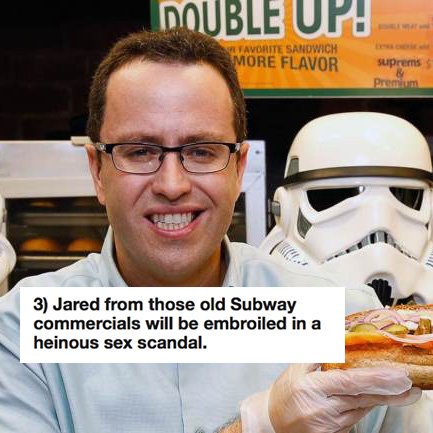 Jared Fogle was sentenced to 15 years in prison. We don ‘t need to go into the details of this because at this point we ‘re all aware of the nightmare this man and his giant pants are.

What we DO need to go into is how we predicted this a year ago. Back at the start of 2015, while the rest of you were focusing on one monster, we for some reason were predicting this monster. And nailing it.

Written by Josh Brown, this seems like your standard internet fare: silly predictions of the upcoming year.

Take a look at the publish date ‘

We bring this up not to pat ourselves on the back, but to recognize the crystal ball that is this article. And if you think this is fake, that ‘s fine. Think it ‘s fake. Hell you ‘ll probably write “fake” in the comments, which for that matter, you probably were going to write no matter what article you even clicked on.

But here ‘s the thing: It ‘s not fake. It ‘s real. And it ‘s crazy. You know, fuck it, we ‘re patting ourselves on the back. Did anyone else predict this? The New York Times? Nope. The Atlantic? Nope. Not even Jared saw this coming. He ‘s been sitting atop his throne of sandwiches and giant pants for years and finally one man, one Josh Brown, was able to take him down.

That is all. Stay tuned for next year ‘s predictions where we finally expose that monster David Thomas. 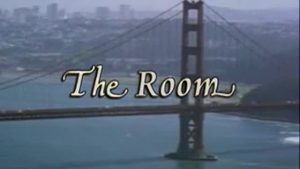 Tommy Wiseau’s “The Room” re-imagined as a classic TV sitcom. I had to lower the audio’s pitch for YouTube, so this is the more correct version. For more videos: http://www.youtube.com/dascottjr 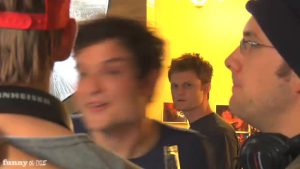 Courtney Stodden wants to get RILL with you on Twitter. 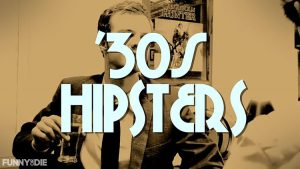 Hipsters were around and hated everything in the 30’s too. 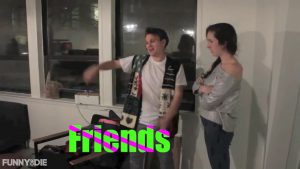 Come on down to my Christmas party. There’s going to be lots of cool stuff and even more cool people. AND WE HAVE FORTS. So come on down…