Being a kid is super tough. You ‘ve got homework, chores, and your parents are constantly nagging you. Also, we now live in a country where there have been more mass shootings this year than there have been days! Crikey!

It ‘s scary, but it ‘s reality. It ‘s such a reality that the FBI has released guidelines as to what to do if you find yourself living such a nightmare. They advise that you run or you hide, which, considering the circumstances, seems like a child ‘s best bet.

Enter Fox & Friends. Not a show known for its logic, F & F advocated that should children find an active shooter in their school, they should charge them and attack them. Yes, that ‘s right. A small, petrified child should charge an angry and armed adult, who could potentially have more people working with them. Also,for what it ‘s worth, the man leading this defense workshops is named Tony Morrison, and we all deserve that small laugh amidst this terrifying reality.

This can ‘t be the only horrible advice Fox & Friends has given out. Along with charging an active shooter, we ‘re likely to find:

If You ‘re Allergic To Peanuts, Try Eating Them!

Sure, in the past, eating peanuts has covered your entire body in hives and sent you to the hospital. But next time just walk right up the peanuts with confidence, put them all in your mouth and refuse to acknowledge your throat slowly closing up.

Impatient at a Crosswalk? Walk Directly Into Traffic!

My goodness there is nothing worse than having to stand on a corner because a little light-up sign isn ‘t letting you walk. It ‘s insulting. Next time, don ‘t pay attention to that red hand and just charge directly into traffic toward whatever fast food restaurant you ‘re trying to get to.

Stalk Your Stalker Back!

Have a creepy person following you around? Have they constantly been harassing you and making you feel unsafe. Well get over those legitimate feelings and start following them around. And if we ‘re being honest, we smell ‘meet-cute!”

Try The Stunts At Home!

You know that fun little ‘don ‘t try this at home” disclaimer in very cool commercials and prank shows? Screw that! How else will you be able to figure out how fun it would be to ollie between two big rigs speeding down the freeway? Fox News recommends trying everything at home!

Disclaimer:
Hopefully none of these tactics have to ever be used, though, and we can use all our pent-up energy and defense moves to charge at and shut down Fox & Friends. Also, in general, listen to the FBI over Elisabeth Hasselbeck. 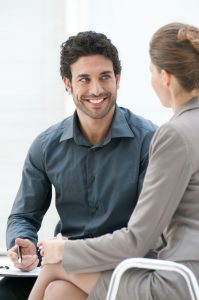 I’m at that weird 20-something age where I don’t know whether to call my female friends “girls” or “egg producing meat tubes”. 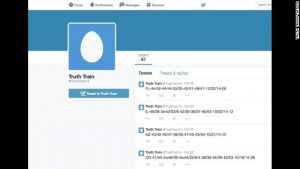 The GOP had some shadowy Twitter accounts to secretly trade illegal data, and also One Direction GIFs.

Being attacked won’t always help you lose the weight you’re looking for, but add a little Vinnie Jones and it will do wonders for you. 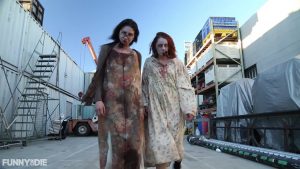 See what happens when these two girls get cast as extras on their favorite show, ‘The Walking Dead.’ 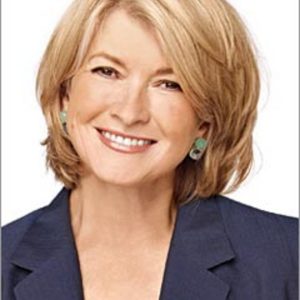