It ‘s been 10 years since the last batch of tweets about Star Wars came out, so we ‘ve gotta make these count!

What a great time to be a Star Wars fan, seeing characters that you honestly don ‘t know yet on the front of cereal boxes

Found something at the store with some star wars on it. Want me to pick it up for you? It's a can of like olives or beans or something.

Don't forget: Star Wars Force Unleashed is out this Friday

Oh, sure, Millennials APPROVE of Star Wars but don't want to SERVE in them. Hypocrites!

My favorite Star Wars characters are the fussy gay android and his little counterpart no one understands. pic.twitter.com/FAx3LuJQ03

some spaceships, robots and a furry friend. what could go wrong? everything is what. it ‘s star wars ‘ the year ‘s number 1 film

Me: Is that the killer? Is he the killer
Star Wars: Ive been watching as long as u

where's the best theatre to watch star wars where I can repeatedly ask ppl “who is that?” & “what's the backstory here?”

Join me in signing the Star Wars No Spoilers Pledge! pic.twitter.com/VaJOYCn7mp

can't wait to read more about what's gonna be in the new star wars. i go to the movies so i can lean over to strangers and say “i knew this”

The Force Awakens is a wonderful movie. So happy to say Star Wars is truly badass again. Photo from premiere: pic.twitter.com/1qeMZSx5x8

Sorry that was a photo of my dog. Here's the photo from the premiere–(can't wait to see Star Wars again!!) pic.twitter.com/K1eAHOG8og

Yeah but will I understand this Star Wars if I've had sexual intercourse?

still haven’t gotten the answer to the most important question about the new Star Wars movie. Are Sy Snootles & the Max Rebo band reuniting

I hope the new Star Wars starts the morning after that big Ewok party, with everyone hung over talking about the errands they have to run.

[date]
HER: So do you like Star Wars?
ME: Oh yeah
HER: Who's your favorite character?
ME: *nervously looking at smudged notes* Yoga

LOLOL THE STARS AREN'T FIGHTING ITS THE PEOPLE LOLOL.

GEORGE LUCAS YOU'RE AN IDIOT HAHAHAHA

me and the gang dressed up for the star wars premiere. first in line! I was dressed as snape. pic.twitter.com/YakFyBWr41

I'm in line for Star Wars at an Apple Store. I really don't care what happens.

Anyone able to pick up Tallulah? She's still here, low on snacks and last we heard, her moms “popped molly” & went to the Star Wars premiere

I wish I thought of Star Wars.

Not even the Force could make this week’s Vines terrible. 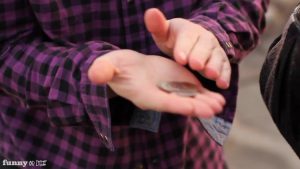 Two friends find Lady Gaga’s purse, along with all the weird stuff inside. 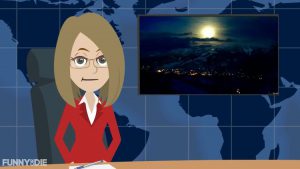 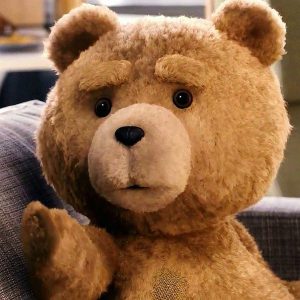 Statues of gold for all!

Will and Adam’s commentary on the Landlord

At this point, after we’ve seen so many twitter Q&A’s go so wrong, the thing we want to #AskBobby is “why?”